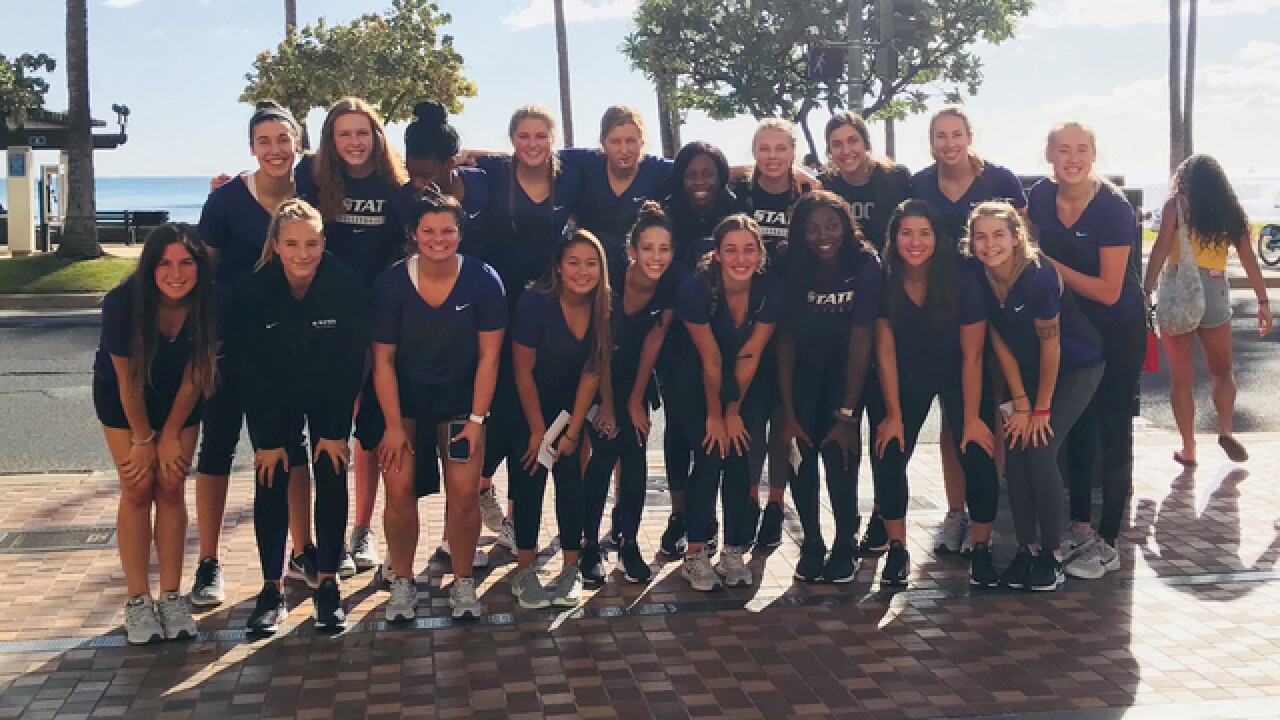 KANSAS CITY, Mo. — UPDATE 10:20 PM 8/24/2018: At the time of writing this article, the storm was still considered at hurricane but has since been downgraded to a tropical storm. The K-State volleyball team was still in Hawaii as of late Friday evening.

The Kansas State volleyball team thought they were going to Hawaii just to play, but now they are forced to wait out a powerful hurricane.

"You go from preparedness trying to play matches and win matches to preparedness for safety and making sure we've taken necessary precautions with the impending arrival of Hurricane Lane," said coach Suzie Fritz.

The team's director of operations met with hotel security and staff on Friday to discuss the hurricane plan, possible evacuation plans and plans for food storage, water storage and electricity.

"We've got a pantry that can basically feed an army just in case we can't get out of the hotel for a couple of days," said Fritz. "We feel as prepared as we can be at this point."

The Wildcats, who arrived in Hawaii on Tuesday, were originally scheduled to play UCLA Friday night and Gonzaga on Sunday. Both of those teams changed travel plans due to the storm. The team is still hopeful for a match on Sunday.

"That's one good thing about being a team," said Fritz. "It gives us an opportunity to come together in an adverse situation and hopefully grow from that."