Kansas among states with highest increase in suicide rate 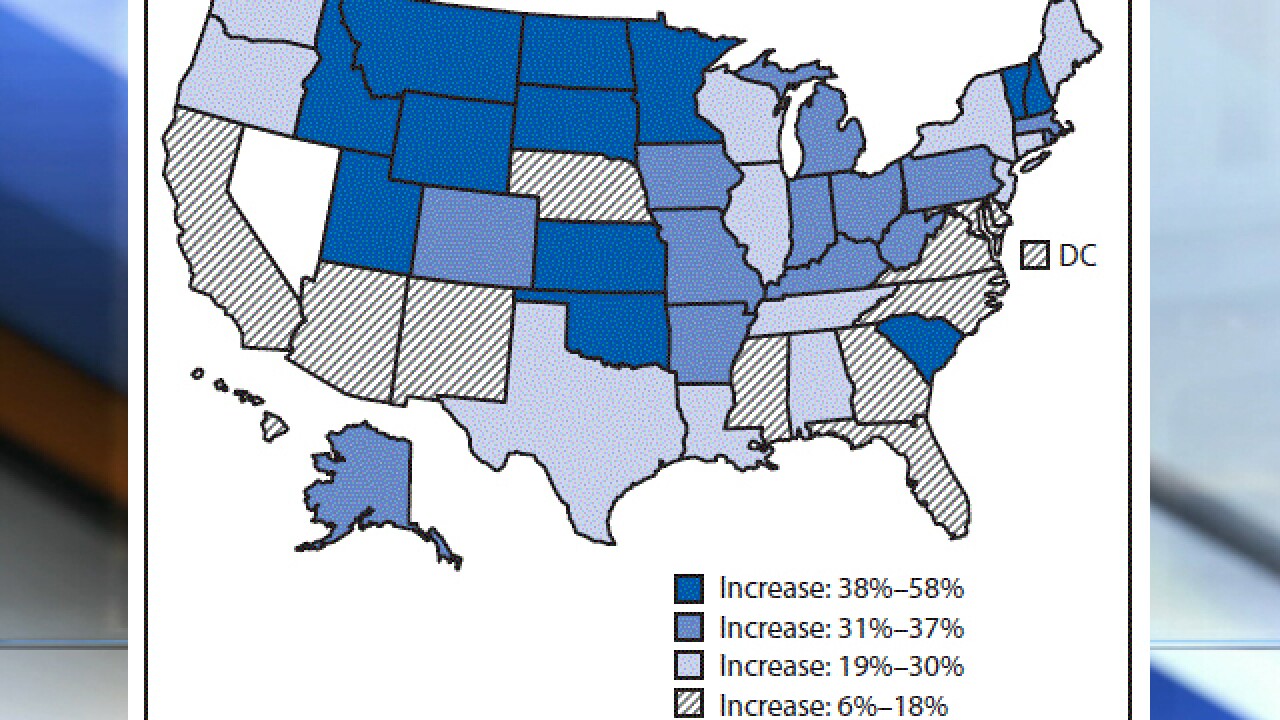 Copyright 2018 Scripps Media, Inc. All rights reserved. This material may not be published, broadcast, rewritten, or redistributed.
<p>A map from the Centers for Disease Control showing increases in suicide rates between 1999 and 2016.</p>

Overall, the report says the suicide rate nationally increased nearly 30 percent from 1999 to 2016.

Authors of the report cite mental health conditions as one of the contributing factors.

In Kansas, suicide rates increased by 45 percent, the fifth highest rate in the study. It's one of 12 states – Idaho, Montana, Wyoming, Utah, North Dakota, South Dakota, Oklahoma, Minnesota, South Carolina, Vermont and New Hampshire – with such an increase between 38 and 58 percent.

Missouri suicide rate increased by 36 percent, the 17th-highest in the nation.