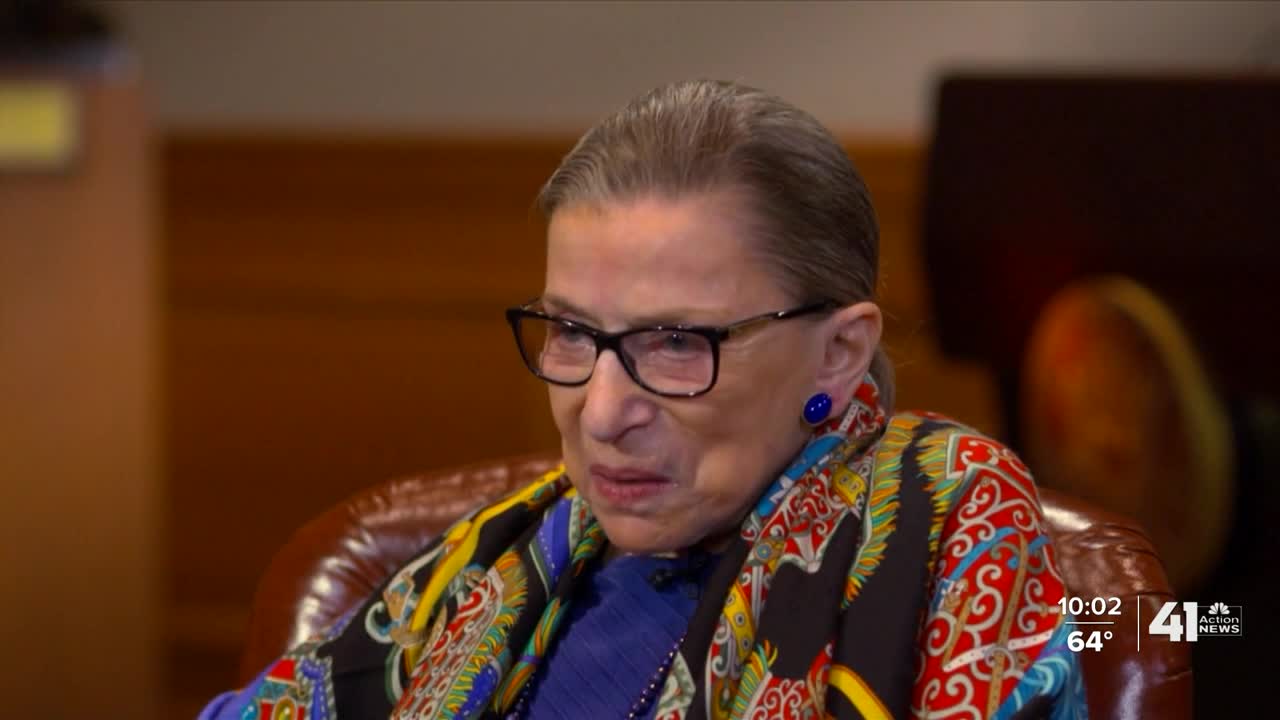 Ruth Bader Ginsburg, a longtime member of the United States Supreme Court, has died at the age of 87, the court confirmed in a statement. 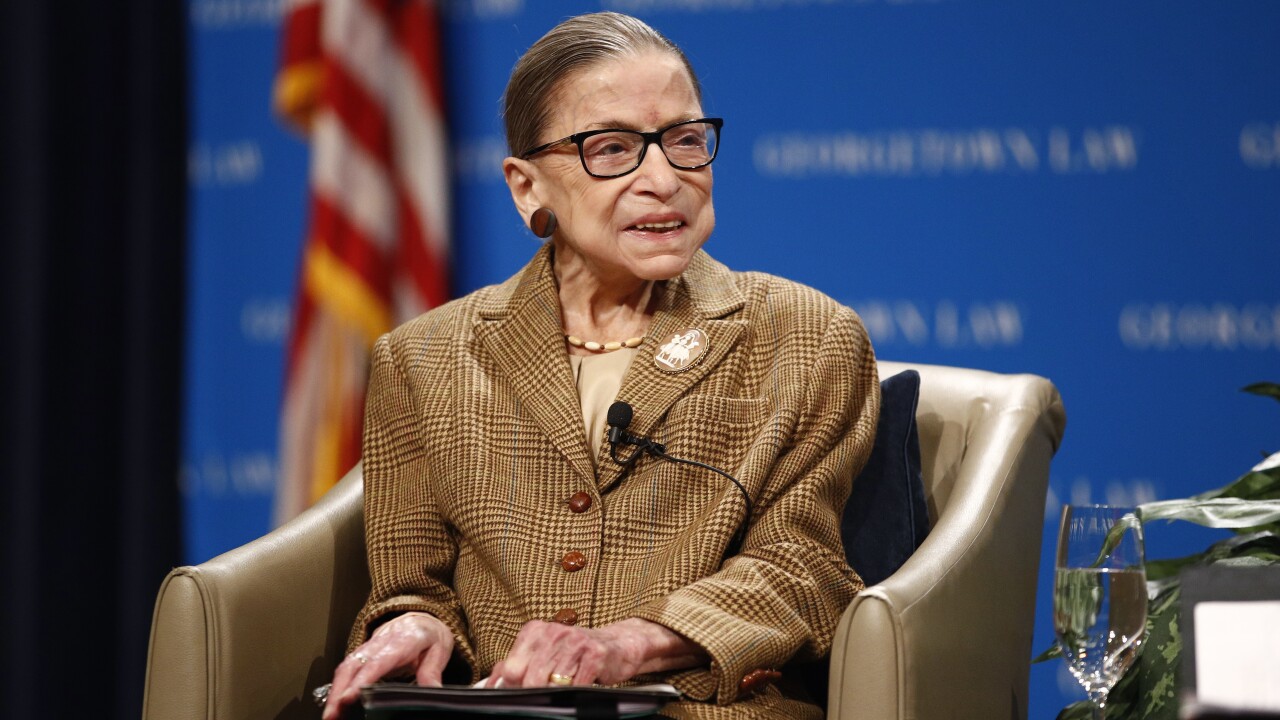 A Justice Ginsberg candle burns on the steps of the Supreme Court #RIPRGB pic.twitter.com/jy8XbAQH4y

She died Friday at age 87 after a battle with pancreatic cancer.

Kansas Gov. Laura Kelly said she is "incredibly saddened by this news."

I’m incredibly saddened by this news. Justice Ruth Bader Ginsburg spent her life serving our country with passion and integrity. She was an agent for change, an advocate for the voiceless, and her legacy will live on in decisions that made America more equitable for all of us. https://t.co/8xceOr1q76

Kelly also announced that she signed an Executive Order 20-30 on Friday, which directs U.S. flags be flown at half-staff in the state from now "until the day of interment" in Ginsburg's honor.

“Justice Ruth Bader Ginsburg spent her life serving our country with passion and integrity,” Kelly said. “She was an agent for change, an advocate for the voiceless, and her legacy will live on in decisions that made America more equitable for all of us.”

U.S. Attorney for the District of Kansas Stephen McAllister offered a passionate and moving statement about the personal experience with Ginsburg:

Justice Ginsburg joined the Court after I was a law clerk. That said, she replaced my first Justice, Byron R. White, after he retired in 1993. She visited the KU Law School while I was Dean, and I had the pleasure of co-teaching a summer study abroad course with her in Istanbul, Turkey, a course that focused on equal protection law, her particular passion. She and her husband, Marty, were a delight in that summer program. Every one of my nine oral arguments before the Supreme Court included Justice Ginsburg, who often had pointed questions for me, but who also made a point of referring to me as “General McAllister” when I appeared for Kansas in my role as Solicitor General. She was fastidious in both her respect for advocates and her preparation for oral arguments.

Physically tiny, the Justice was in so many ways a giant. No one who is objectively and intellectually honest can deny that claim. I firmly believe my mentor Justice Thomas would agree with my assertion, as would have her dear friend Justice Scalia.

Irrespective of jurisprudential or philosophical views, I had the utmost respect for Justice Ginsburg as a person. I, my wife who soon will become an elected state prosecutor, and our four daughters, are profoundly grateful to RBG for forever changing for the better the legal landscape for American women and equal rights, allowing them to seek opportunities, achieve their goals, and excel on equal footing with men across the entire spectrum of American economy and its variety of professions and pursuits.

Stephen McAllister, U.S. Attorney for the District of Kansas 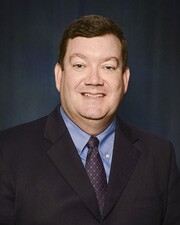 Leavenworth County Attorney Todd Thompson also shared his own personal encounter with Ginsburg and another late U.S. Supreme Court Justice, Antonin Scalia, a in a series of tweets.

When I was sworn into the bar of the @USSupremeCourt , I had the opportunity to meet Justice Ginsburg & Scalia came to greet us. Justice #Ginsburg walked in and immediately approached me and said, “They are getting so young.” (Yes, it was a while ago). #RIPRBG #RBG #RBGRIP pic.twitter.com/T6jvpaJzMx

When I was sworn into the bar of the U.S. Supreme Court, I had the opportunity to meet Justice Ruth Bader Ginsburg. Already overwhelmed by the day, Justice Antonin Scalia came to greet us. Then he said, I have a friend of mine I want you to meet. Justice Ginsburg walked in and immediately approached me and said, “They are getting so young.” (Yes, it was a while ago). Besides her kindness to us, I remember her close relationship to Justice Scalia even though polar opposites ideologically. The fact they could work together. Rest In Peace Justice Ginsburg. #RIPRBG #RBG #RBGRIP

Rep. Sam Graves, a Republican congressman from Missouri, offered his condolences as well.

My thoughts and prayers are with Justice Ruth Bader Ginsburg's family during this difficult time. Her life was devoted to public service and the law. May she rest in peace.

Former Sen. Bob Dole, a Republican from Kansas who ran as the Republican nominee for president in 1996, called Ginsburg "an intellectual giant."

Ruth Bader Ginsburg was our friend and neighbor. An intellectual giant, she was the second woman to serve on the Supreme Court and a tremendous champion of women’s rights throughout her career.

Missouri State Auditor and gubernatorial candidate Nicole Galloway said Ginsburg was "a force for good on the Supreme Court."

My heart is heavy with this loss. Since the moment she was appointed, Ruth Bader Ginsburg was a force for good on the Supreme Court as a champion for equality and justice for all Americans. May she rest in peace. We will keep her loved ones in our prayers. https://t.co/jRdw3FhsGn

Missouri Gov. Mike Parson, who is running against Galloway, said his family is sending prayers Ginsburg's.

Justice Ruth Bader Ginsburg was a trailblazer and an inspiration to so many Americans. Teresa and I join Missourians in mourning her passing and send our prayers to the family and loved ones of Justice Ginsburg.

Barbara Bollier, the Democratic nominee for the U.S. Senate vacancy in Kansas, said her heart is heavy with Ginsburg's loss.

Justice Ruth Bader Ginsburg will be remembered as a giant who graced this world. She redefined our understanding of being a woman. My heart is so heavy. pic.twitter.com/GVLbqKfQgi

Bollier's opponent in November's election, Dr. Roger Marshall, said he and his wife, Laina, are praying for Ginsburg's family.

Laina and I are praying for Justice Ginsburg’s family during this difficult time. May the Lord comfort them in their time of loss.

The man whose seat Bollier and Marshall are vying to fill, retiring Sen. Pat Roberts, a long-serving Kansas Republican, lauded Ginsburg's "service and dedication" as well as "the legacy she leaves behind."

Franki and I are saddened by the news of Supreme Court Justice Ruth Bader Ginsburg’s passing. Justice Ginsburg’s service and dedication to our nation’s highest court was admirable, and the legacy she leaves behind will never be forgotten.

Justice Ginsburg was a trailblazer, tackling each challenge with passion, dedication and extraordinary intellect. She served her country with honor & had an historic impact on the court and the nation. Prayers are with her family.

Erin and I send our condolences to the Ginsburg family tonight. May Justice Ginsburg rest in peace

Hawley, a first-term senator, was on President Trump's list of possible Supreme Court nominees, which the White House released earlier this month. The Senator from Missouri said he had "no interest in the high court."

I appreciate the President’s confidence in listing me as a potential Supreme Court nominee. But as I told the President, Missourians elected me to fight for them in the Senate, and I have no interest in the high court. I look forward to confirming constitutional conservatives

Sharice Davids, who serves in the U.S. House of Representatives for Kansas' third congressional district, expressed her condolences on Ginsburg's death, stating that she is "heartbroken."

I’m heartbroken over the passing of Supreme Court Justice Ruth Bader Ginsburg, a tireless champion for justice and equality. She fought with grit and determination for the rights of all people under the law - and it’s up to all of us to carry on that fight. pic.twitter.com/RPVQadu5rz

Our thoughts and prayers are with the family and friends of Justice Ruth Bader Ginsburg. #RIP pic.twitter.com/zY6LNURoqy

But Lucas did offer his thoughts on Ginsburg's passing in an interview with 41 Action News.

Topeka Mayor Michelle De La Isla, a Democrat who is running for a U.S. House seat, said she is "broken" and speechless from the news.

Thank you. #RestInPower I am so broken, I can barely speak. pic.twitter.com/QnWKjjBRnM

Despite the fact that he blocked President Obama's nomination of Merrick Garland from being voting on in the Senate when Scalia died in February 2016, Senate Majority Leader Mitch McConnell has pledged to bring any nominee put forth by President Trump, who is up for reelection Nov. 3, to a vote.