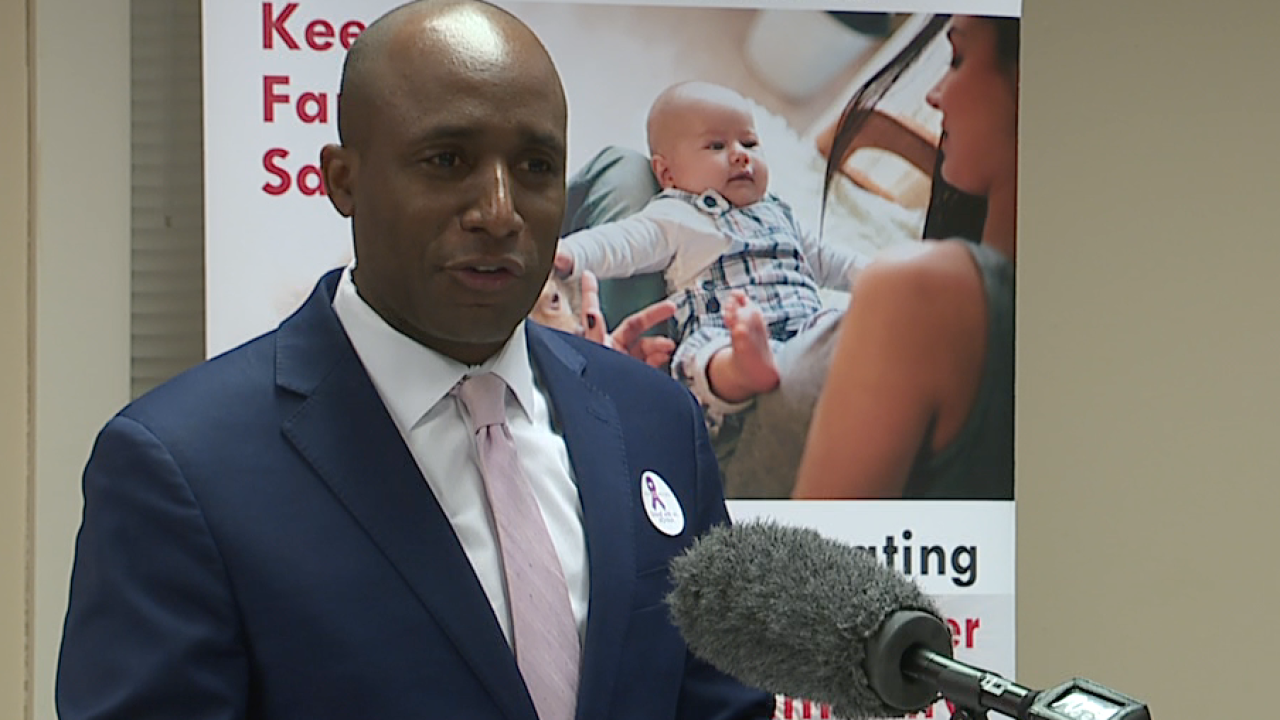 Kansas City, Missouri, Mayor Quinton Lucas speaks at the Rose Brooks Center on Oct. 30, 2019, to introduce an ordinance that would allow police to arrest someone carrying a firearm who has been convicted of domestic violence.

Kansas City joins Columbia, Missouri, in banning the practice, which remains legal in both Kansas and Missouri.

The council on Thursday also passed the mayor’s proposal aimed at keeping guns out of the hands of domestic abusers. The ordinance allows police to arrest a person carrying a firearm who has been convicted of domestic violence, whether a felony or misdemeanor.

It also applies to those who have been issued restraining orders.

The new ordinance follows one approved in August that makes it illegal for minors to possess handguns and to sell guns to minors.

Lucas has made local gun safety measures a priority for his administration.

The mayor tweeted about both the conversion therapy ban and the gun ordinance on Thursday afternoon, hailing them as measures that will "save lives."

Thank you to the many, many community advocates who've led efforts on both of these policies – they will save lives.