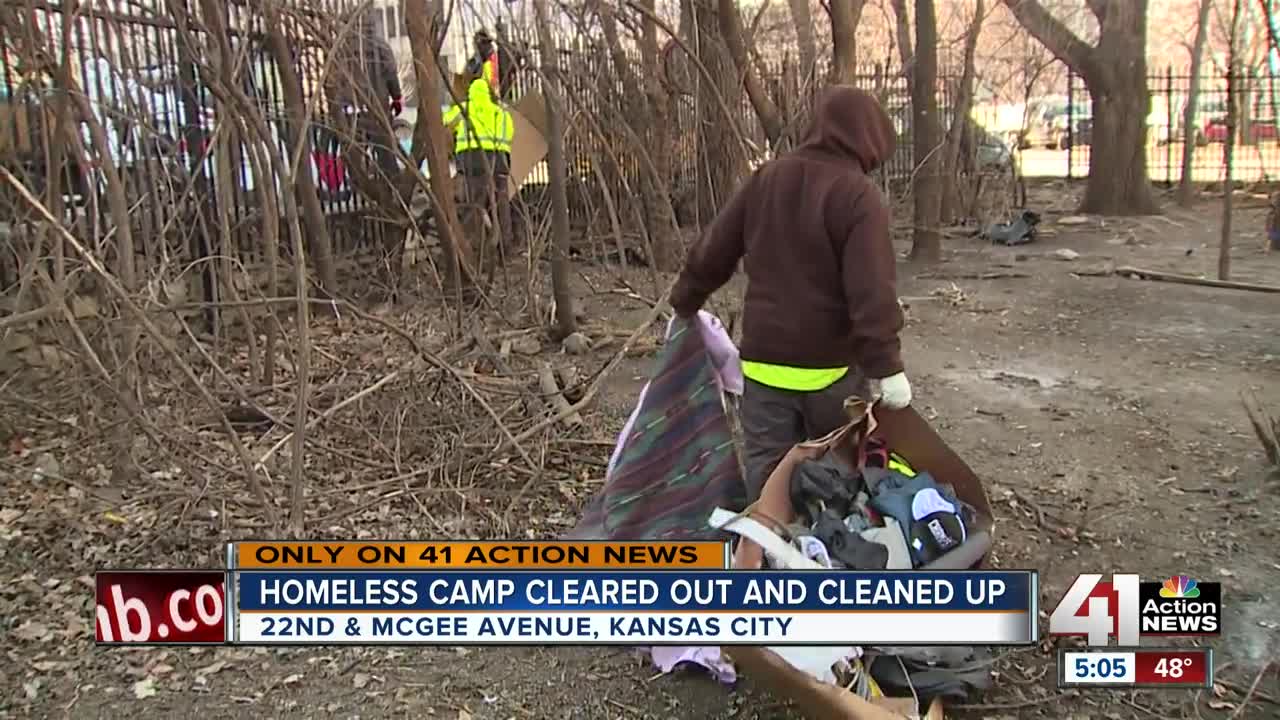 At least a dozen people have been displaced after Kansas City, Missouri, police and the city’s parks and recreation crews disbanded a homeless camp. 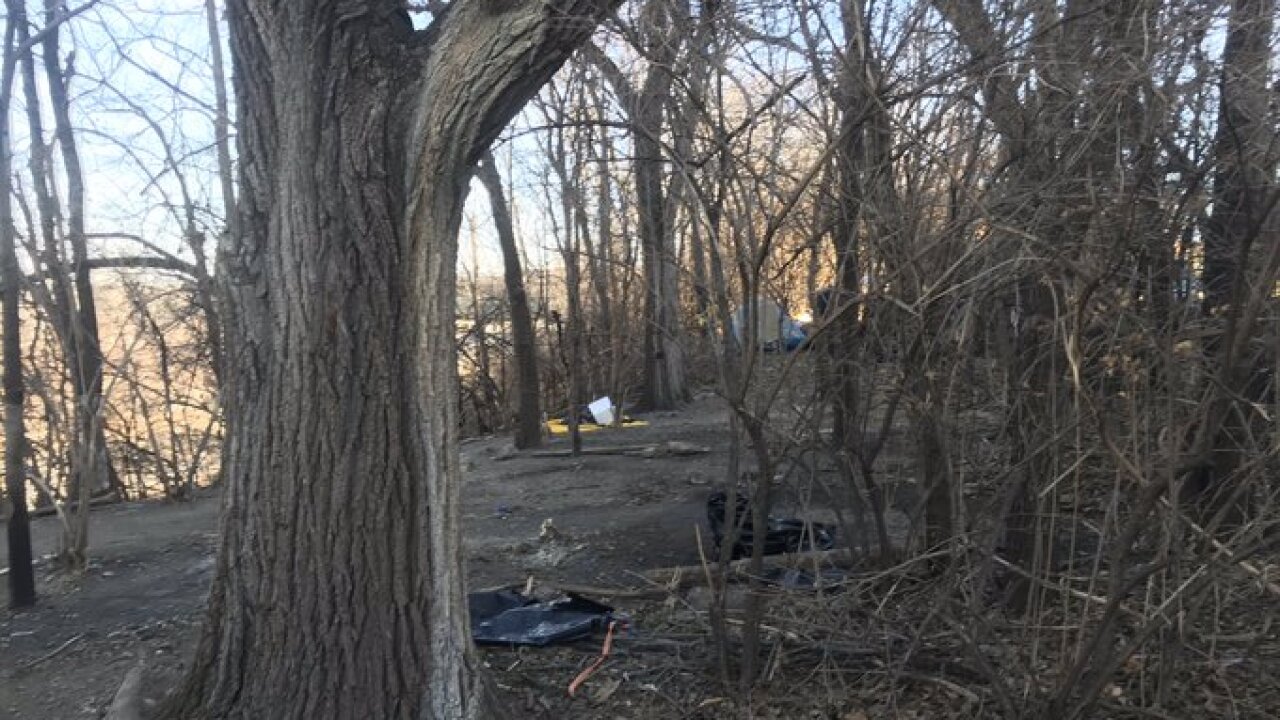 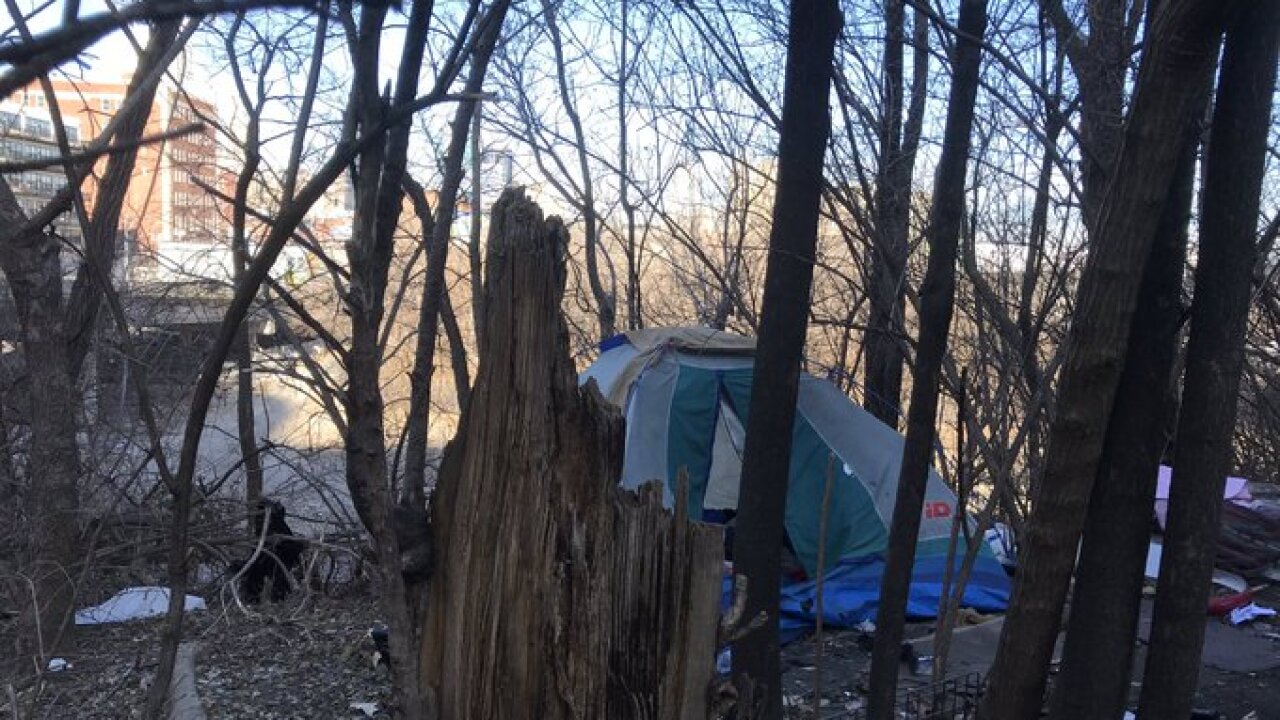 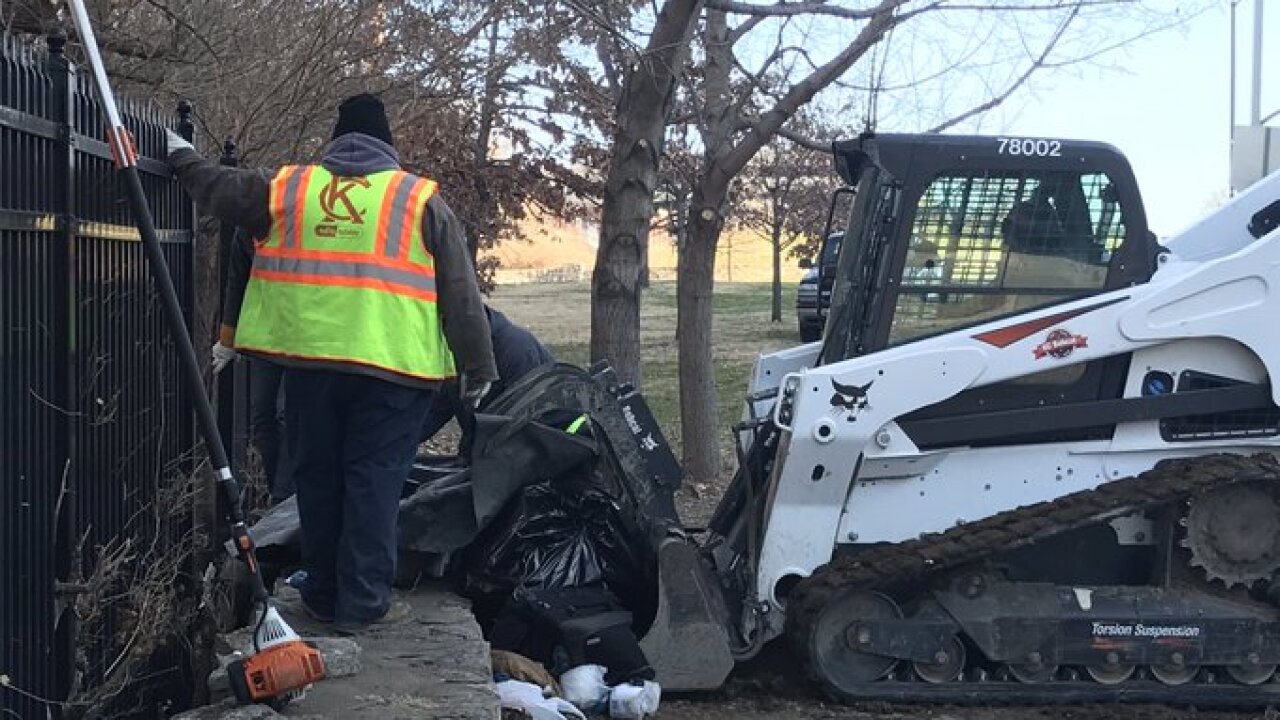 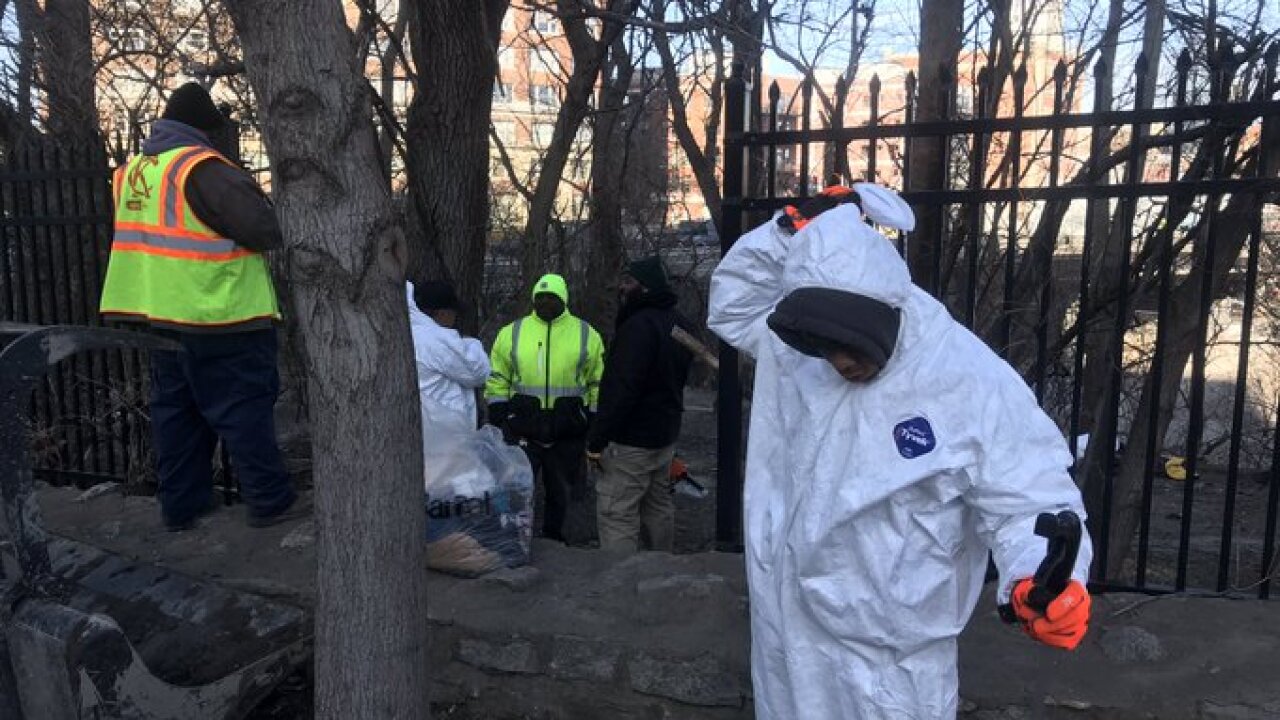 KANSAS CITY, Mo. — At least a dozen people have been displaced after Kansas City, Missouri, police and the city’s parks and recreation crews disbanded a homeless camp.

The cleanup at the intersection of East 22nd and McGee streets comes after several complaints about the camp, at which trash clings to trees and is speckled on the hillside next to the train tracks below.

"This is my life right here,” said Scott Hays, who is homeless.

Hays said he wasn’t too happy that he was told to leave the area.

"I was very angry,” Hays said.

Within roughly an hour, Hays packed his belongings and took them across the street. It’s a lifestyle he’s been living since being released from prison in 2016.

The parks and recreation crews wore hazmat suits and special gloves to protect themselves.

City ordinance bans people from popping up a tent on city property without permission, however the enforcement isn’t strict.

"There's a lot of leeway that's given there,” Hamil said, “and that's why these things go on for so long is because we are adamant about getting people out of this situation getting assistance.”

On this cleanup, only one person wanted help.

"You can't make someone get assistance,” Hamil said, “but you can make them leave the park after several warnings for over a month and a half.”

Hays said he did not want any assistance or help.

"I've done so many programs and drugs treatment and all that,” Hays said. “Like, what's the point if I'm not ready to stop?”

As for what’s next for Hays, he said he doesn’t know but he still will be out on the streets. It’s a lifestyle he hopes one day will be a memory.

Anyone who would like to report a homeless camp is asked to call the 311 hotline.

KCPD can also request resources be sent to the camps, such as case workers, to assist those in the area.

For additional information about resources to help the homeless, visit these links: