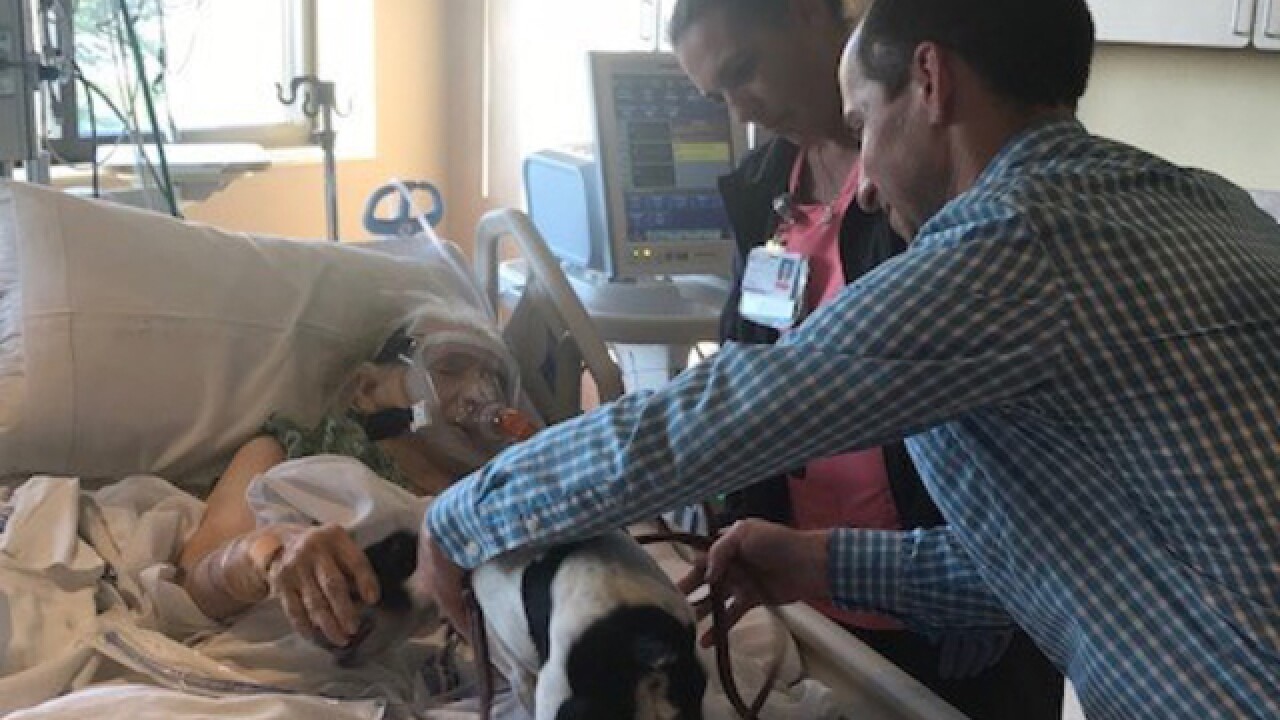 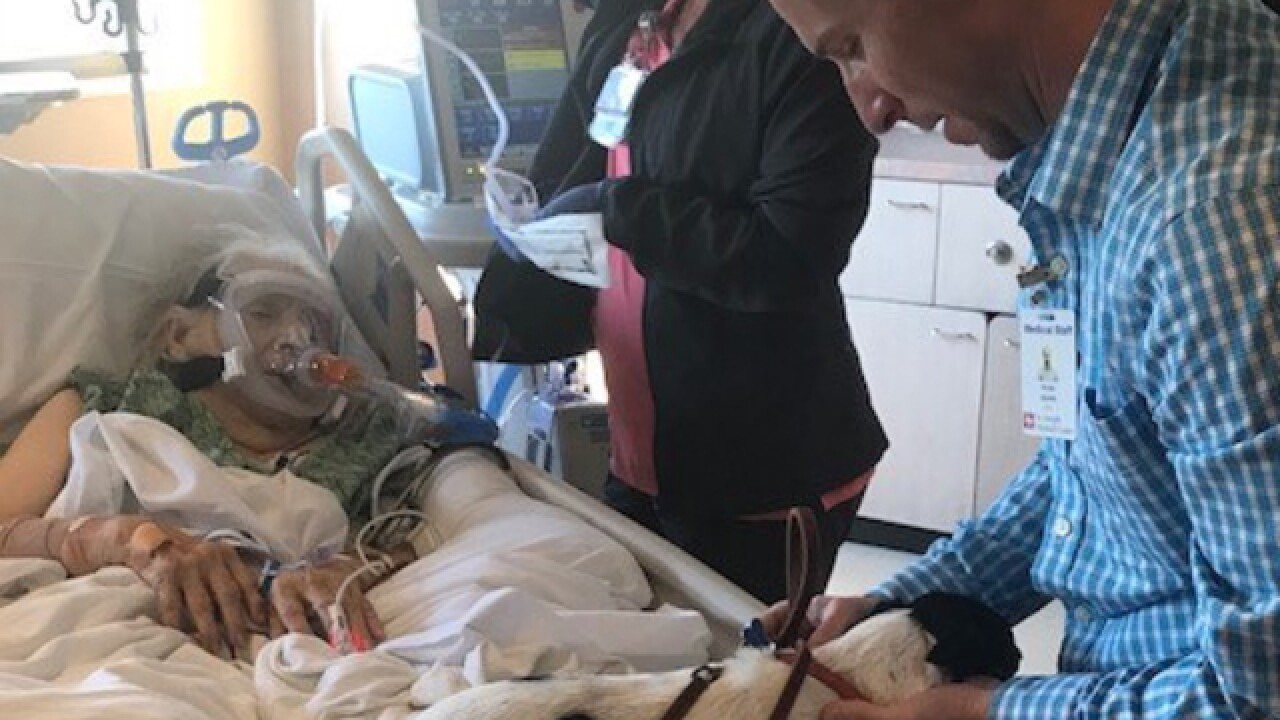 KANSAS CITY Mo. — A doctor at St. Joseph Medical Center went the extra mile for a patient who was passing away.

The patient had no family or friends in the Kansas City area, but she really wanted to see her dog Herman one last time.

Dr. Ryan Sears then tracked her dog down.

"I didn't know where the dog was at of course. I asked her if she had any idea. She did know that a shelter had picked up the dog from her home," said Dr. Sears.

He then called around to a few shelters in the area and found Herman. Later that day, he went to the shelter and picked up Herman.

"We got Herman up to the ICU and was able to get Herman up there to her," Dr. Sears said.

While she struggled to talk with Dr. Sears, he said you could tell by her body language, she was excited to see her dog.

And Herman was excited to see her too.

"He was just kind of all over her," said Dr. Sears. "But she calmed him down, at least for long enough to say goodbye."

After she was reunited with Herman, Dr. Sears said, "you could tell that was enough for her to say, 'I'm ready.'"

The next day, the patient passed away.

A spokesperson for the hospital said, "We are blessed to have Dr. Sears at St. Joseph Medical Center." The spokesperson added he went above and beyond for the patient.

Herman has since been adopted.