A house exploded, leading to a fire that spread to two other homes, early Tuesday morning in Kansas City, Missouri. No injuries were reported. 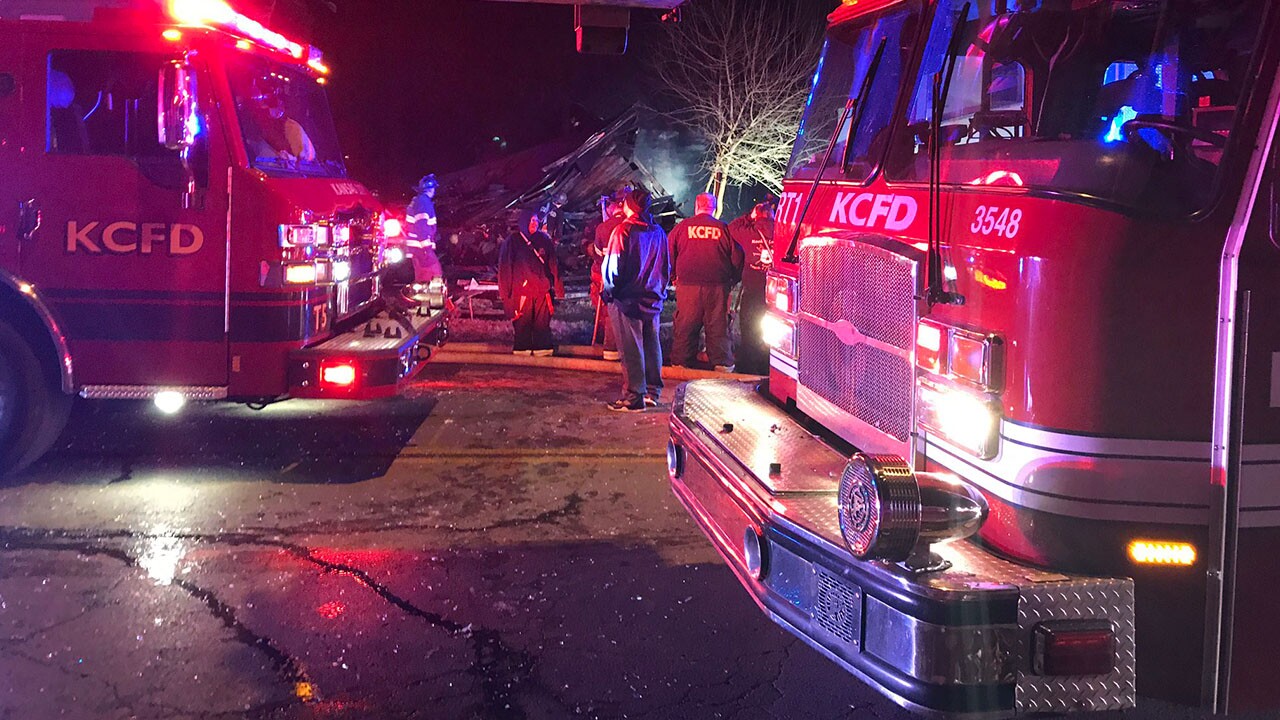 KANSAS CITY, Mo. — A house collapsed in a fire that spread to two other homes early Tuesday morning in Kansas City, Missouri.

"It's suspicious at this time as this house and the two on each side is vacant," Walker said.

The porch and chimney of the home near 39th Street and Indiana Avenue collapsed as firefighters arrived, Battalion Chief Dan McGrath said.

Neighbors said a man lives in the house but was not home overnight. McGrath said no one was hurt in the fire.

Flames spread to homes on either side of the one that collapsed. One is unoccupied, but undergoing renovations. The other is abandoned.

One man living across the street said he woke up to a boom that shook his home. When he looked outside, he saw flames coming through the roof of the home across the street. He said he called 911.

The home that collapsed is a total loss. Another battalion chief said the homes on either side had severe water and fire damage.

KCFD ruled out natural gas as a cause of the fire, Walker said. A Spire spokesman said that gas service has been shut off at the home for years.