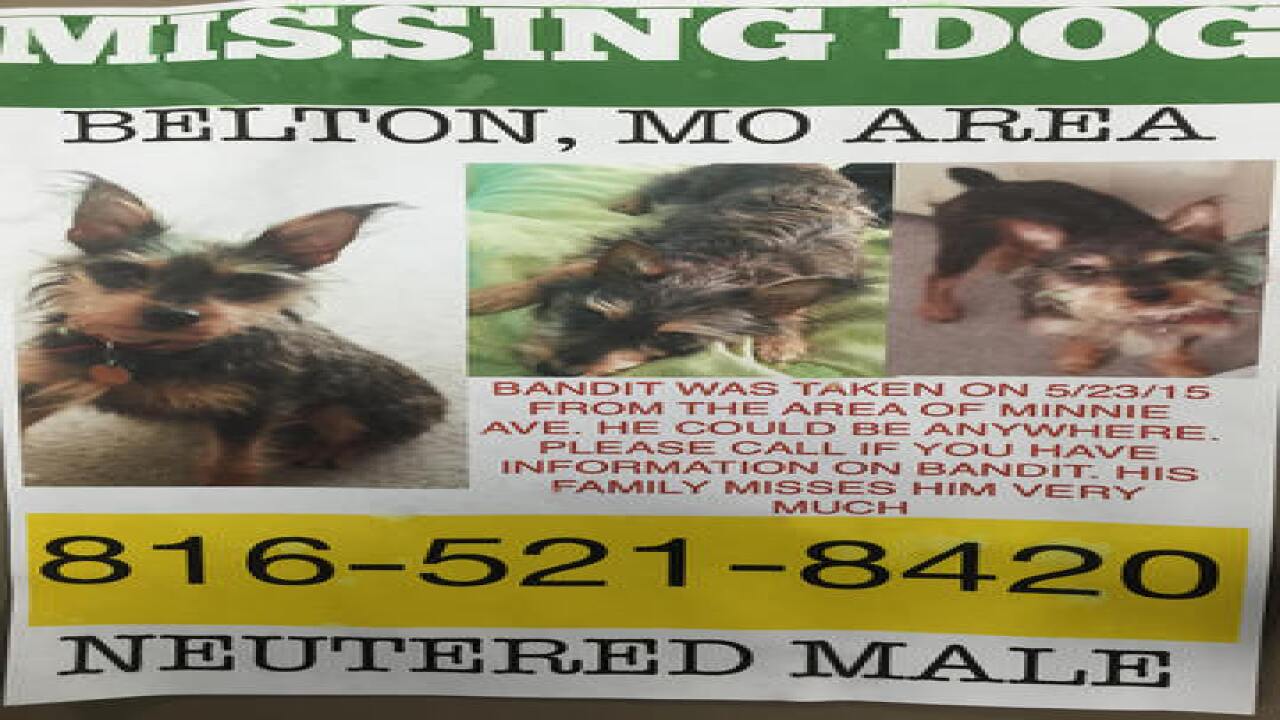 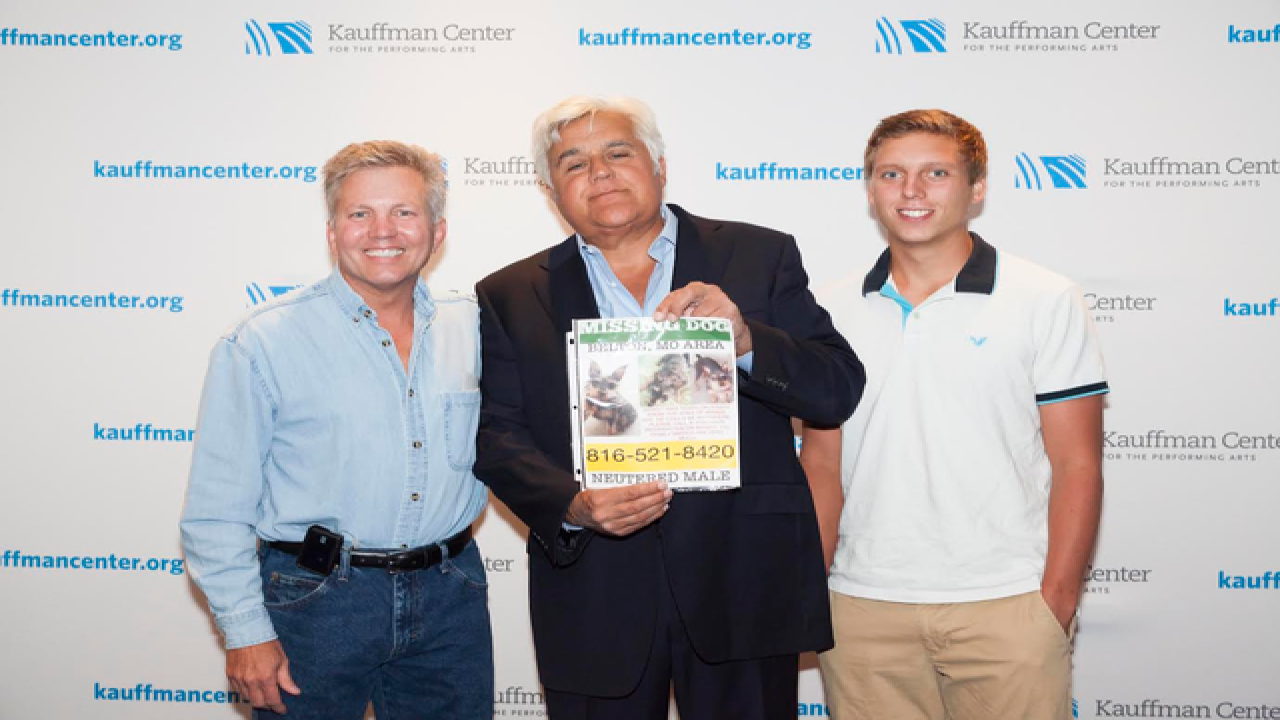 When Jay Leno put out an open all on a part he needed for one of his classic cars, gear head Jeff Overman of Belton, Mo., was on top of it.

"I have been a Jay Leno fan for as long as I can remember," said Overman. "We have a little bit in common. We're both big Elvis Presley fans; I've been to one Elvis Presley concert. And Jay loves cars. So do I."

Leno returned Overman's act of kindness in two ways. First he invited Overman and his family out to his stand-up comedy show this past Sunday.

And second, he took a picture that Overman hopes will go viral. A few months ago, someone stole Overman's dog, Bandit. Overman thinks if enough people see the picture, Bandit will come back home.

"I miss him terribly," he said. "It's just not the same. And my other dogs miss him immensely because they played Frisbee together and had tug-of-war with the Frisbee. He was just a wonderful dog."

And while Leno isn't looking for any favors this time around, Overman said he did make one final request - that once the family is reunited that the Overmans send him a picture of all of them together.

Terra Hall can be reached at terra.hall@kshb.com .