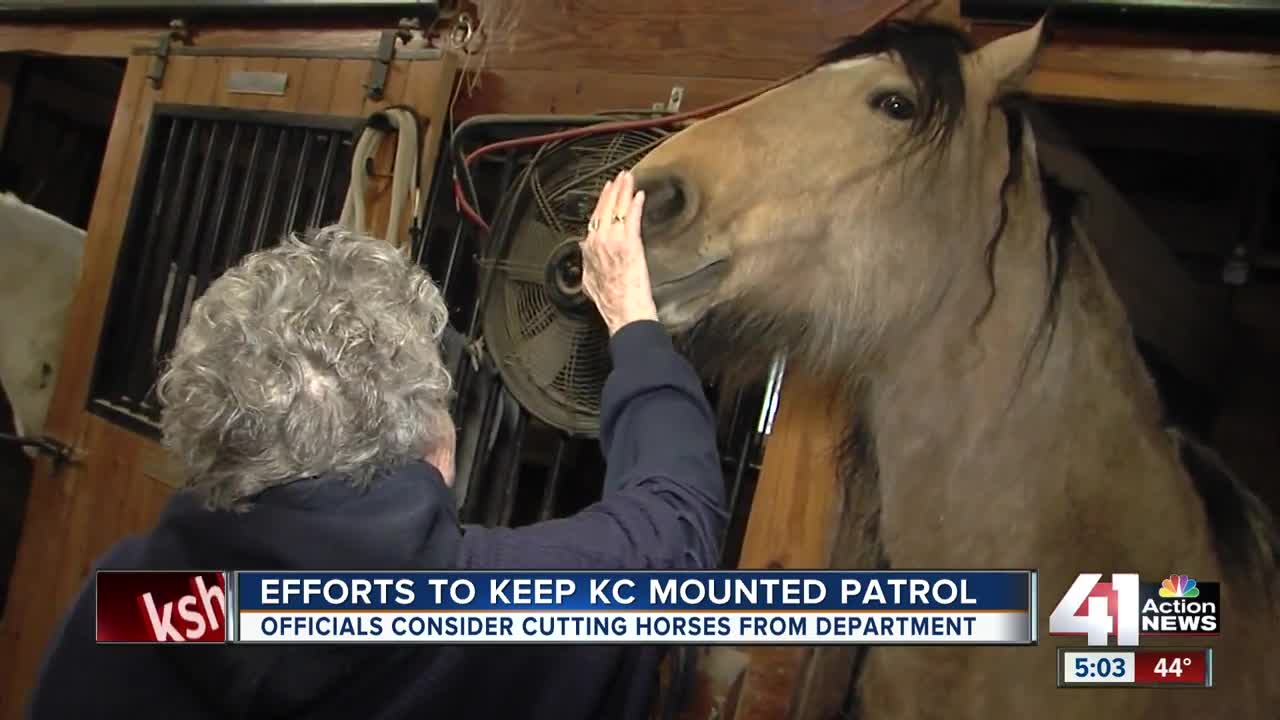 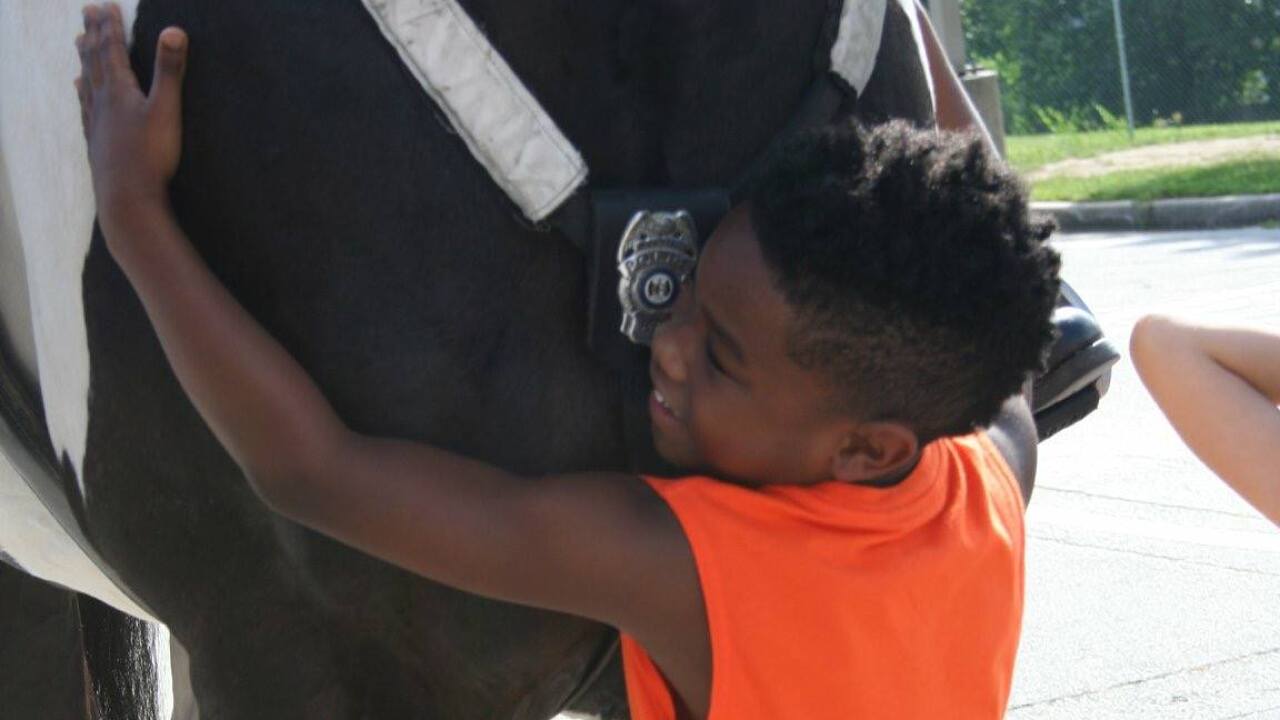 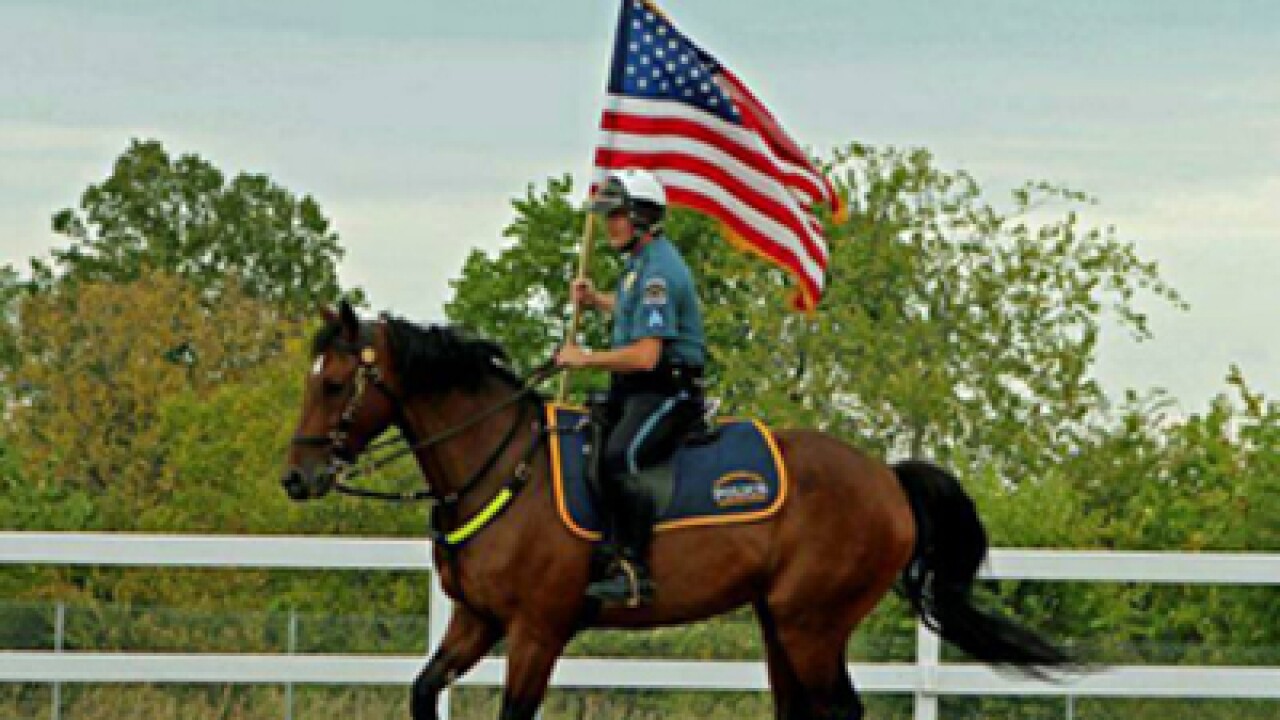 The future of KCPD’s seven-member Mounted Patrol — which includes eight horses, according to the department’s website — will be decided at the April 9 meeting of the Board of Police Commissioners.

KCPD Sgt. Jake Becchina confirmed Thursday that the future of the department’s Mounted Patrol’s will be on the agenda for the 9:30 a.m. meeting.

“This came up for discussion as part of a normal review of our allocation of the personnel that we have available,” Becchina said in an email to 41 Action News. “It is our responsibility to ensure our personnel are best placed to ensure the most efficient and effective service to the citizens of Kansas City.”

Seven officers, including one sergeant, are assigned to KCPD’s Mounted Patrol.

Understandably, the Friends of the KC Mounted Patrol, a nonprofit that raises money to offset any budget overruns the section may face, raised the alarm on social media, calling the prospect “a grave mistake.”

“The work that these officers and their equine partners do is of vital importance to the city of Kansas City and its outstanding citizens,” the Friends of the KC Mounted Patrol said in a post on Facebook. “In today’s day and age where police officers are under great scrutiny and often times viewed negatively by the public, these horses help bridge the gap between the public and the communities they serve by allowing the public to view police officers in a different light. That is something that cannot be replaced or quantified.”

“It is the safest and most effective way to move large groups of people because groups will move for the horses while often times refusing to do so for officers on the ground creating possible conflict,” the Friends of the KC Mounted Patrol said.

Of course, the horseback officers often draw a crowd when deployed.

“The officers also are stopped very frequently while on patrol from people coming out of their places of work, businesses, shops, restaurants, and houses upon seeing the horses coming by,” the Friends of the KC Mounted Patrol said. “These interactions are priceless and cannot be replaced and will not be achieved from officers in a patrol car.”

The six officers and one sergeant would be returned to the department’s regular patrol pool, if the Mounted Patrol is disbanded, according to the Friends of the KC Mounted Patrol.

“At the BOPC meeting there will be opportunities for public comments from entities such as ‘Friends of the Mounted Patrol’ or any other community member that wishes to express their thoughts,” Becchina said. “The Board will ultimately vote to decide.”