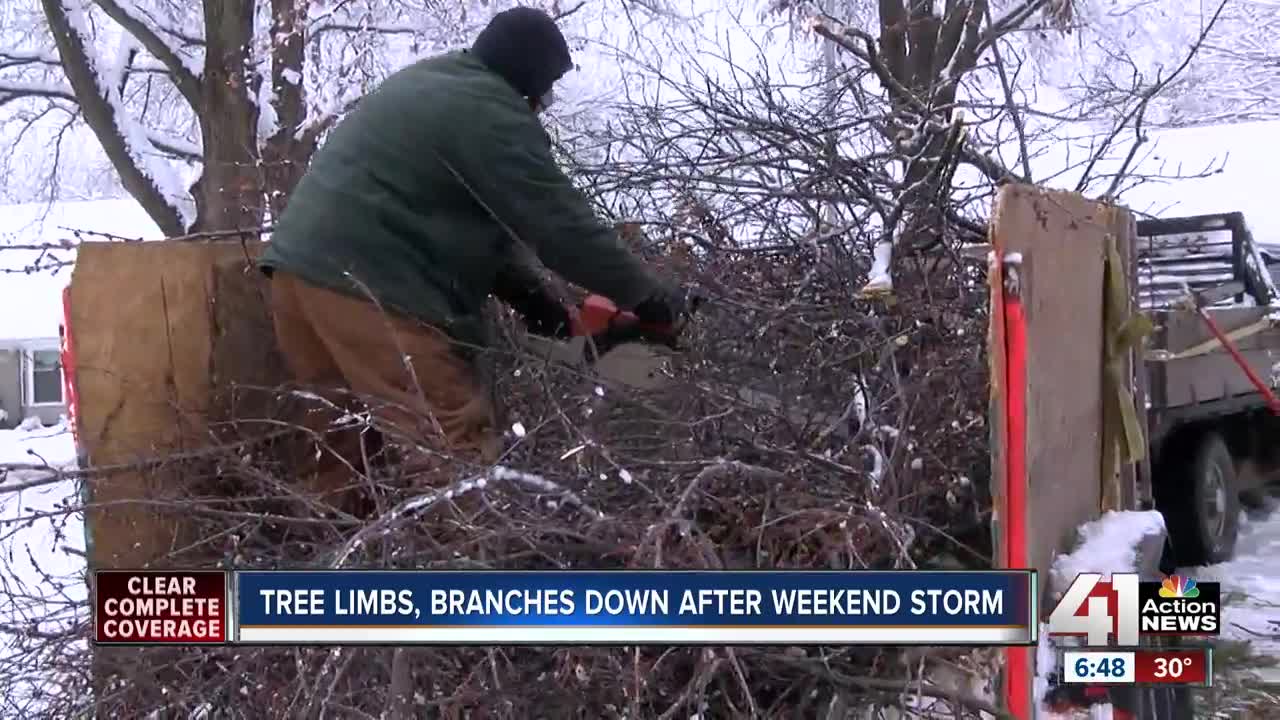 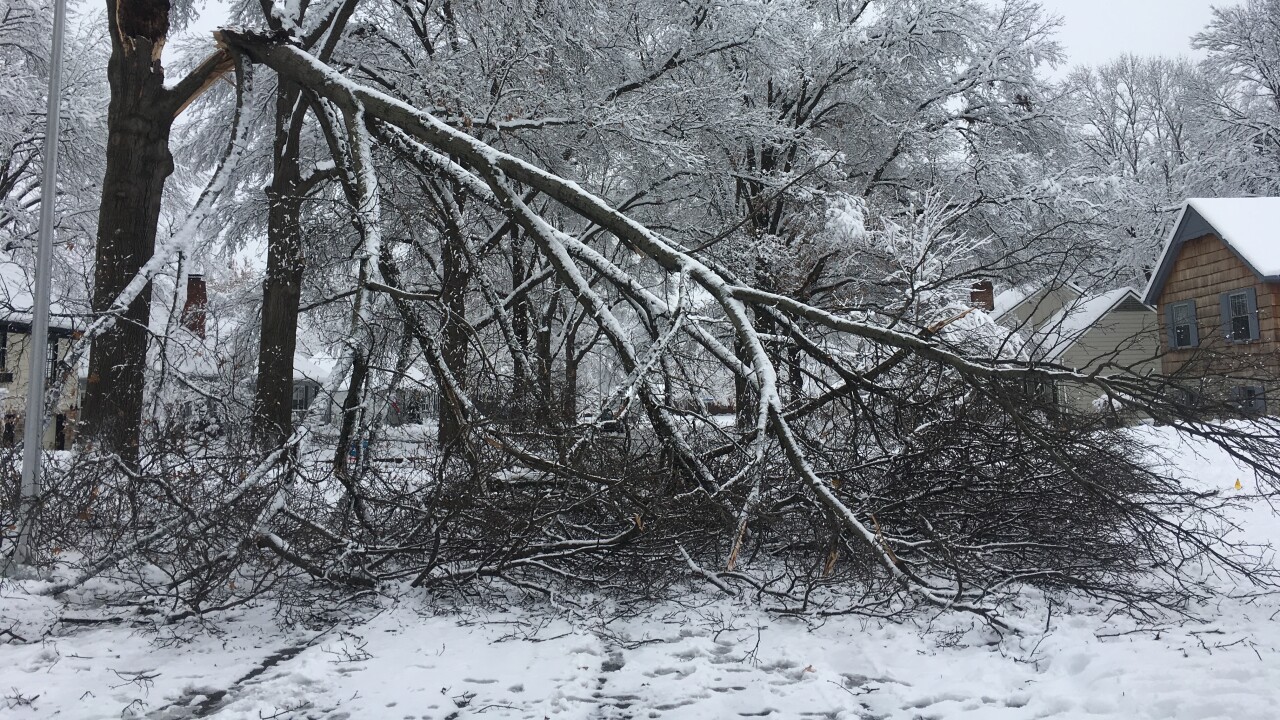 LEAWOOD, Kan. — Tree service companies in Kansas City have been busy picking up the mess after Saturday’s snowstorm.

Downed tree limbs and branches, and in some cases even massive trees, took over people’s yards, homes and roads.

In Prairie Village, a large tree fell across 84th Street west of Mission Road during the snowstorm. Crews were able to clear it on Monday.

Neighbors said it was quite the scene.

“We've been here almost 34 years,” Joyce Smith said. “We've lost little branches, but never a monumental part of a tree like that.”

“We run to the window, look out and see what that is and really just shock and awe,” John Donnelly said. “And just the feeling of luck and fortune that no one was under there or that it didn't fall anywhere except the path that it did.”

Shier Family Tree Service said it's booked solid for the next three days.

On Monday, Shier Family crews worked on John Gordon’s home in Leawood. Tree limbs fell on his home during the storm and were protruding through the roof.

“Saturday morning, we heard a big bang and saw two branches poking out of the ceiling and so I immediately called the insurance,” Gordon said. “They said it was okay to do a temporary patch, and when I got that investigated I saw that I had to have somebody else take the tree branch out.”

Dylan Bowen with Shier Family Tree Service said that the wet, heavy snow on Saturday put too much pressure on trees.

“When they get heavy on the ends like that, they're drooping downward,” Bowen said. “There's so much pressure on the wood right there that when it gets rainy and wet out like this, in the cold, it puts so much pressure that it just snaps the limbs and causes them to break off and fall over like they have been doing.”

Bowen said this is the most amount of tree limbs he’s seen after a storm in years. To prevent it from happening again, he said it's important to get trees trimmed in the fall.

“You can get your trees really cleaned out heavy, get a lot of weight out on the ends taken off, and we'll go up on the tree and climb them, go way out on the branches and cut all the underweight off, which is the branches hanging downward and not going upward,” Bowen said. “Basically you don't have to worry about all the weight dragging it down on them.”

With more snow expected at the end of the week, Bowen said people should not try to handle low-hanging limbs or branches by themselves. Call a professional tree service company to assess the damage, he said.