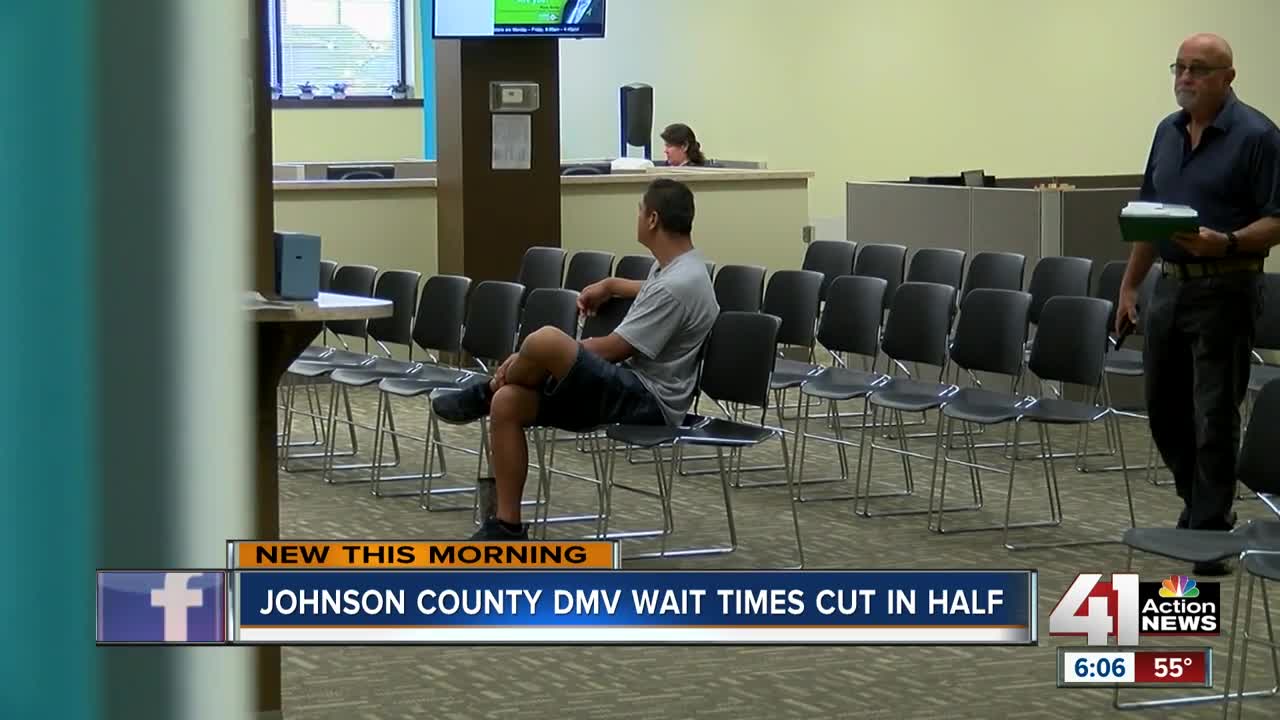 The Kansas Division of Vehicles said it should take you half as long on average to get a driver's license in Johnson County today than at this time one year ago. 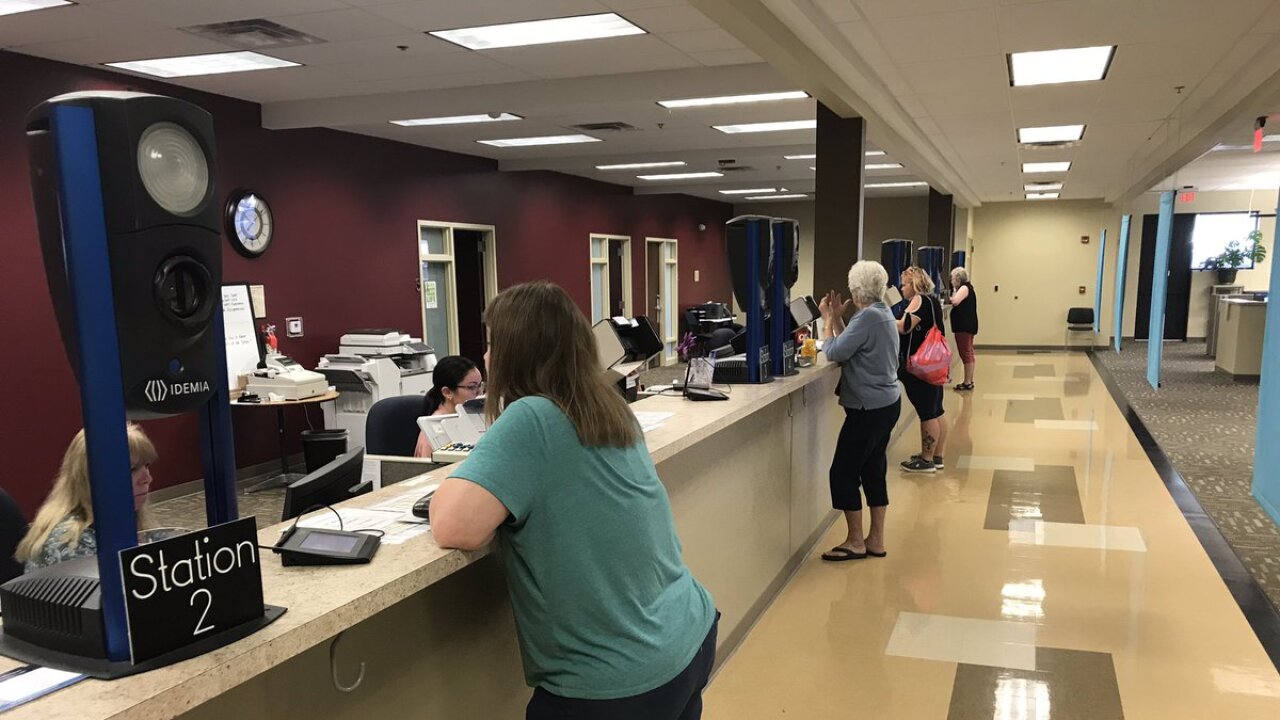 OVERLAND PARK, Kan. — From lines out the door to now waiting less than 20 minutes, the Kansas Division of Vehicles said it should take you half as long on average to get a driver's license today than this time one year ago.

In June 2018, records from the Division of Vehicles show the average wait time in Johnson County was 54 minutes. In June 2019, the number was down to 18 minutes.

David Harper, the director of the Kansas Division of Vehicles, credits two things for the improvements. First, opening a third location in Johnson County. He said about 30 percent of the state's driver's license transactions take place in the county. In October 2018, the state opened a new location at 7600 119th Street, Suite D.

Another reason for the improvement came from introducing QFlow. The service allows customers to get in line at the driver's license office without physically being there. They can sign in virtually and reserve a place in line. By the time they arrive at the office, they shouldn't have to wait as long.

Soon, the state hopes to allow Kansans the ability to schedule their own appointment at the driver's license office, just like they would with a doctor.

"There are not many places you can go and just walk in and expect to be served quickly, so I think appointments are going to be good. We have it going in our Topeka office now as a pilot [program], working through a few bugs with it. Once it's ready for prime time, we'll be rolling it out to a few other urban areas," Harper said.

The state introduced greeters at a handful of locations, including Johnson County, in about 2010 and has since expanded the concept to other offices serving more populated areas.

Increased greeters combined with the scheduling feature and QFlow are all coming at the right time. Harper expects to see an increase in traffic at offices across the state as Kansas get a Real ID certification for their driver's licenses. Beginning in October 2020, federal guidelines will require a Real ID if you want to use your driver's license as a form of identification to board a domestic flight or enter many federal facilities like a military base.