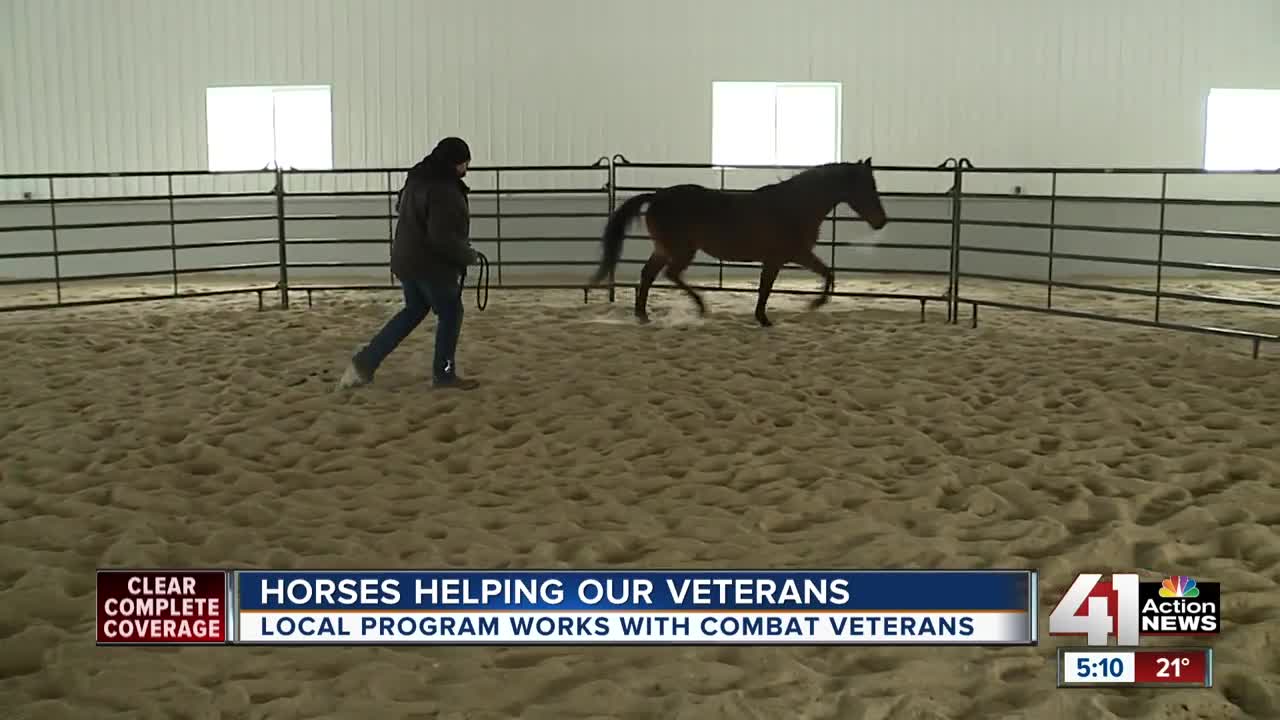 While service members were honored Monday during special Veterans Day ceremonies, members of War Horses for Veterans braved the cold and snow to continue offering classes for former combat soldiers. 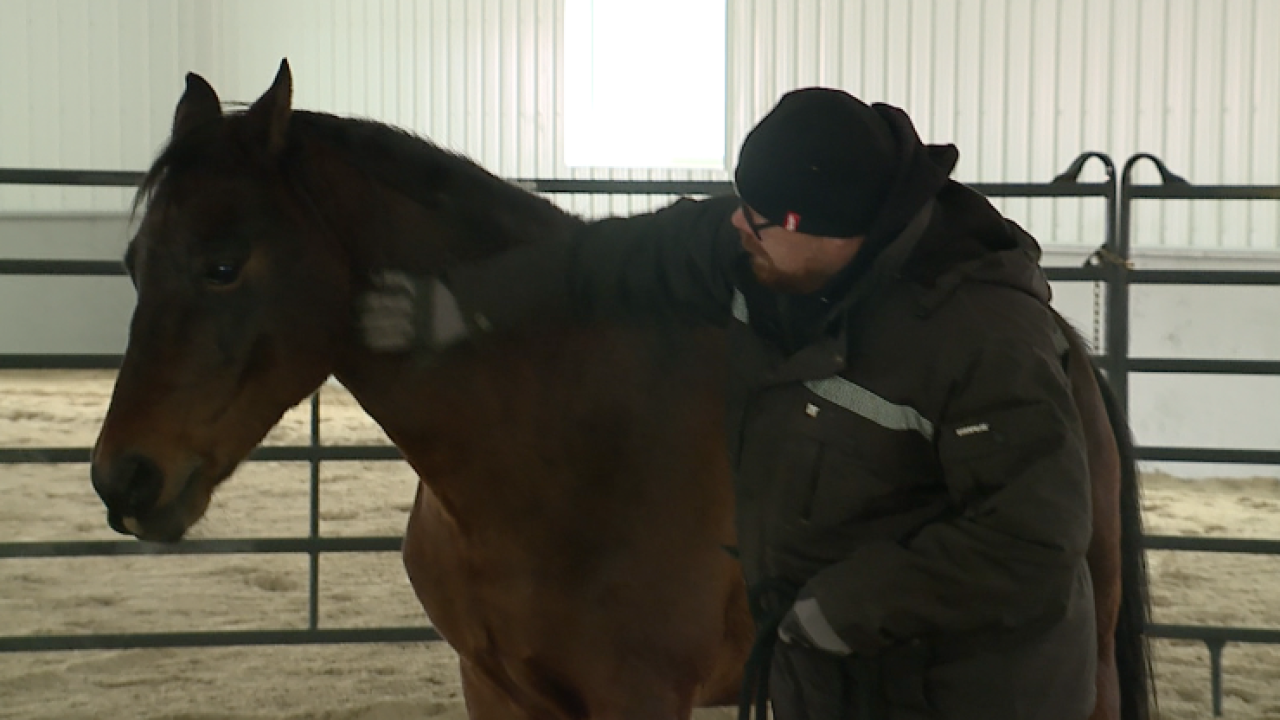 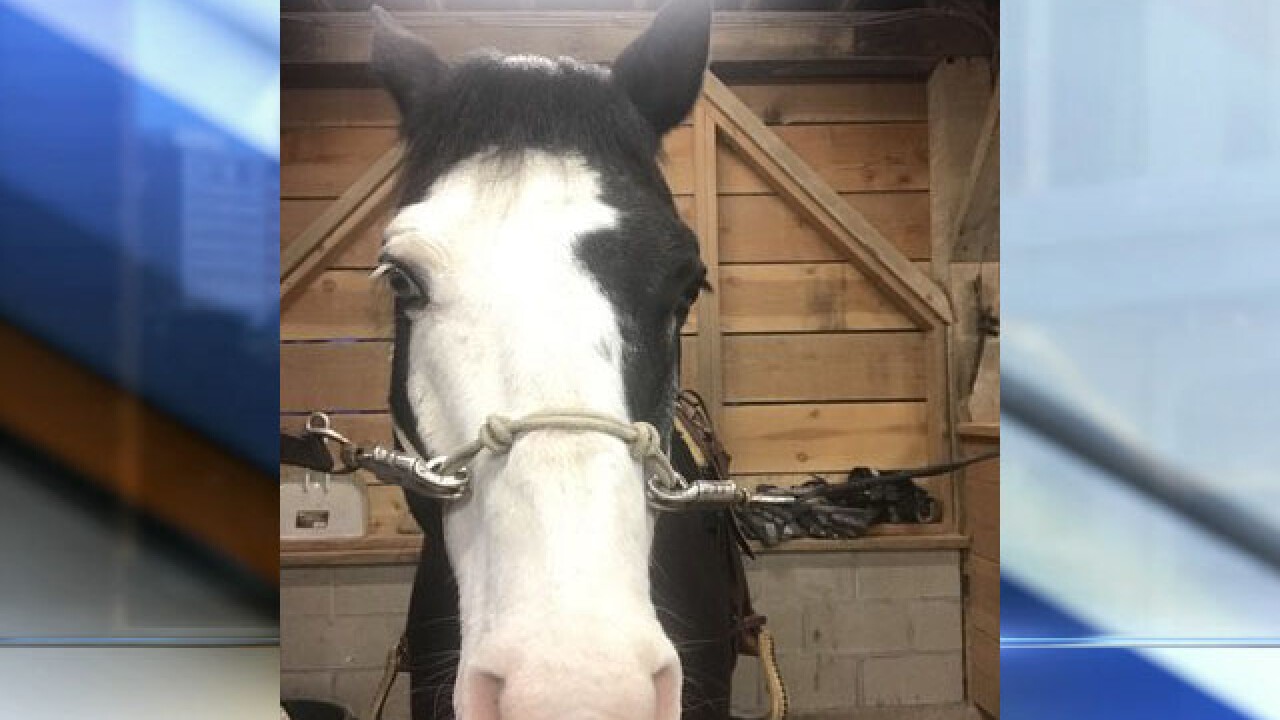 Jay Williams, who fought overseas years ago, knows about the struggle. He experienced it himself.

For Williams, the challenges impacted him every day until he was invited to the War Horses for Veterans ranch in Stilwell.

Williams could be found Monday guiding a horse around a ring inside the barn — not saying a word, but knowing what to do after going through the program.

“I used to be terrified by them,” he said of horses.

Williams and hundreds of other combat veterans have gone through the War Horses for Veterans classes since the nonprofit was founded five years ago.

With Williams now working as a member of the team, he knows the benefits the program can bring.

“They teach me whatever I need to know — the groundwork, the breathing, being present in a situation," he said.

Jason Klepac, a fellow veteran himself, looked on this Veterans Day as Williams guided the horse around.

Klepac, who now helps organize the program, said he constantly sees veterans change from the lessons learned and time spent around the ranch.

“Whenever you work with a horse, it forces you to calm down,” Klepac said. “You have to relax and you have to be 100% focused. It forces them to look past some of the issues that they’re having.”

Work continued Monday on building an expansion to the barn to offer more resources for combat veterans and open up classes to first responders.

For Klepac, being able to offer the program to more people would bring an ever greater impact.

“It’s always good to be able to give back and help these men and women out, especially with horses,” he said. “Hopefully, they take something away from that and they can use it in their personal life once they get back home.”

The War Horses for Veterans program is free for combat veterans nationwide. Return visits also are welcome as long as the veteran brings another former service member to experience the program.

The nonprofit hopes to start offering classes for first responders by January.

Williams said his goal moving forward is to help as many other people as possible after seeing how much the program changed his life.

“I’m alive; that’s what it has done,” he said. “I’m not in the ground like some of these other guys we're trying to save.”