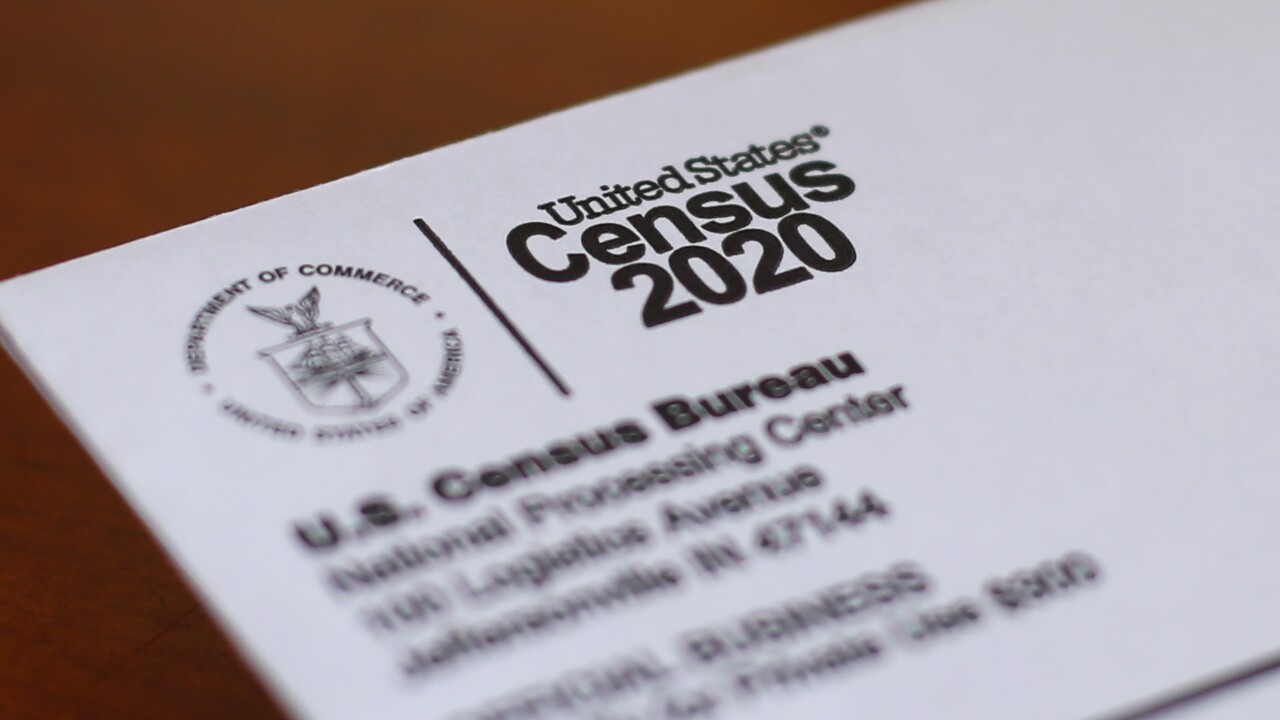 (Copyright 2020 The Associated Press. All rights reserved. This material may not be published, broadcast, rewritten or redistributed.)
Paul Sancya/AP
FILE - This Sunday, April 5, 2020, photo shows an envelope containing a 2020 census letter mailed to a U.S. resident in Detroit. The U.S. Census Bureau has spent much of the past year defending itself against allegations that its duties have been overtaken by politics. With a failed attempt by the Trump administration to add a citizenship question, the hiring of three political appointees with limited experience to top positions, a sped-up schedule and a directive from President Donald Trump to exclude undocumented residents from the process of redrawing congressional districts, the 2020 census has descended into a high-stakes partisan battle.

KANSAS CITY, Mo. — Kansas has the fourth-highest response rate to the 2020 census.

According to the U.S. Census Bureau, 92.1% of households in Kansas have responded to the census, which will wrap up data collection operations at the end of the month.

The national average for self-responses is 65%, but residents who have yet to respond may still fill out the census online through the end of September.

Missouri ranks 13th in census participation at 87.9% despite lagging below the national average for self-reporting.

Only 64.7% of Missouri households responded to the census.

Just shy of a quarter of the total responses in Kansas (23.4%) and Missouri (23.2%) were recorded through follow-up visits.

Six states have an overall response rate at 75% or below with the Sept. 30 deadline for completing the constitutionally required, 10-year, coast-to-coast headcount fast approaching.

The census results will determine if there are any adjustments to the number of seats in the U.S. House of Representatives based on population shifts.

It is also used for appropriations of federal dollars for infrastructure, transportation and other government programs.