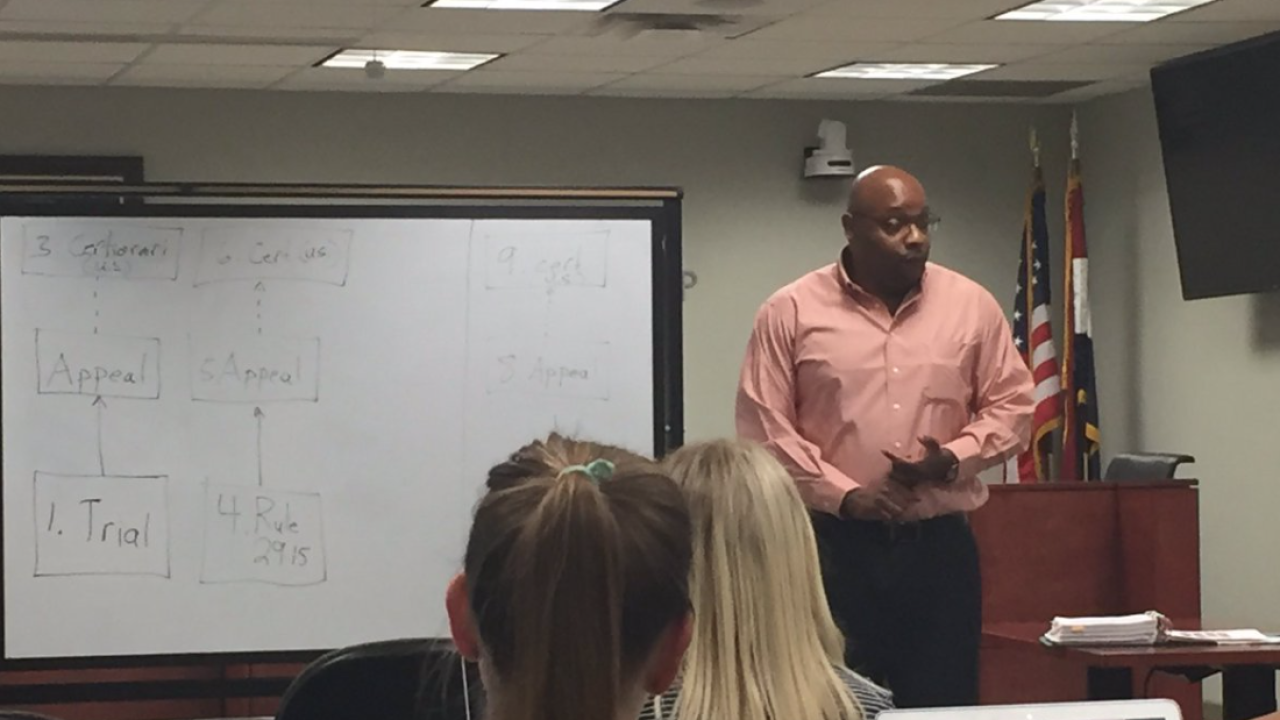 LAWRENCE, Kan. (AP) — A Kansas prosecutor is retiring amid calls for her to step down after a Missouri judge overturned the double murder conviction of a man whom she helped send to prison more than two decades ago.

The Douglas County, Kansas, district attorney's office said in a statement this week that Chief Assistant District Attorney Amy McGowan is transitioning her cases to other attorneys in preparation for her Nov. 1 retirement. The statement provided no other explanation.

McGowan didn't immediately return a message from The Associated Press left for her through the prosecutor's office.

McGowan had been the subject of recent protests by the KC Freedom Project after a judge found that, while working in the Jackson County, Missouri, prosecutor's office, she failed to disclose exculpatory evidence in Ricky Kidd's case. He was freed from prison in August after a judge found clear and convincing evidence that he was wrongfully convicted of the February 1996 deaths of George Bryant and Oscar Bridges in Kansas City, Missouri. Prosecutors subsequently decided not to retry him.

"She should be disbarred," Kidd told The Kansas City Star's Editorial Board in September.

McGowan also was accused of withholding evidence in the case against Richard Buchli II, a Kansas City attorney who spent about five years in prison in the 2000 death of his law partner before his conviction was overturned. Charges later were dismissed. And in 2013, the Kansas Supreme Court found McGowan made improper comments during closing arguments in five cases between 2007 and 2009. In one instance, the court vacated a sentence in a child-exploitation case.

After Kidd was freed, protesters held signs and chanted in Douglas County and in downtown Topeka in front of the state agency tasked with investigating complaints against attorneys.

Cheryl Wright Kunard, a spokesman for the Douglas County district attorney's office, told the Lawrence Journal-World it would be inappropriate to respond to questions about whether the protests influenced McGowan's decision to retire.

The Douglas County prosecutor's office previously defended McGowan in a statement, saying that while she did make errors in Kidd's case, the verdict was overturned primarily because the main witness recanted.

"False and grossly misleading rumors are being spread that Ms. McGowan was 'found guilty,' 'convicted,' and 'disciplined,'" the statement said. "Ms. McGowan has never been convicted nor disciplined by the Missouri Court System or the Kansas Supreme Court."