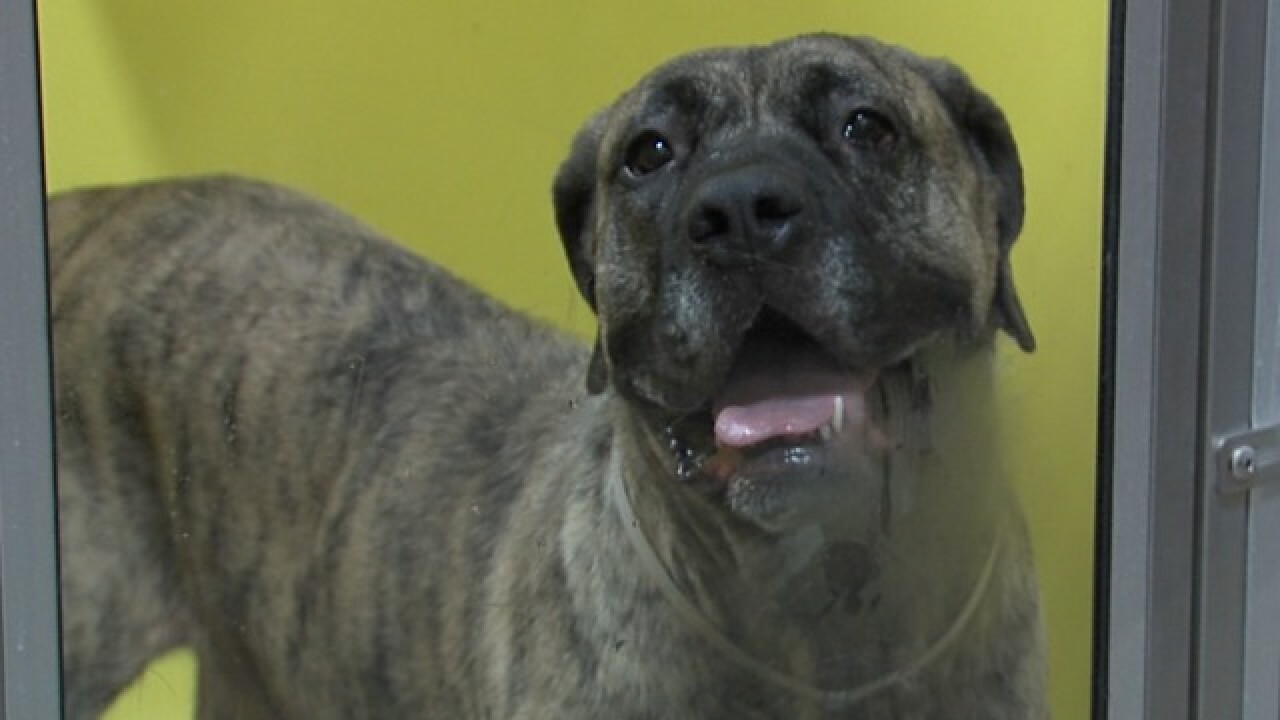 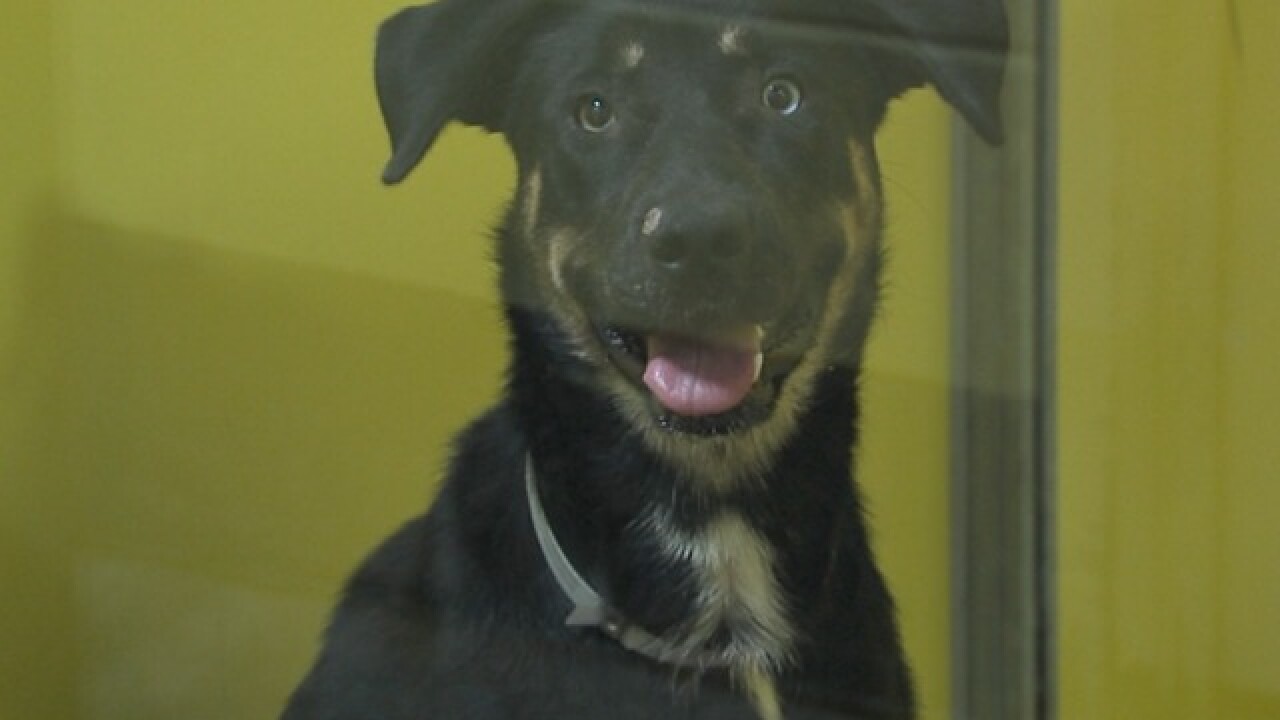 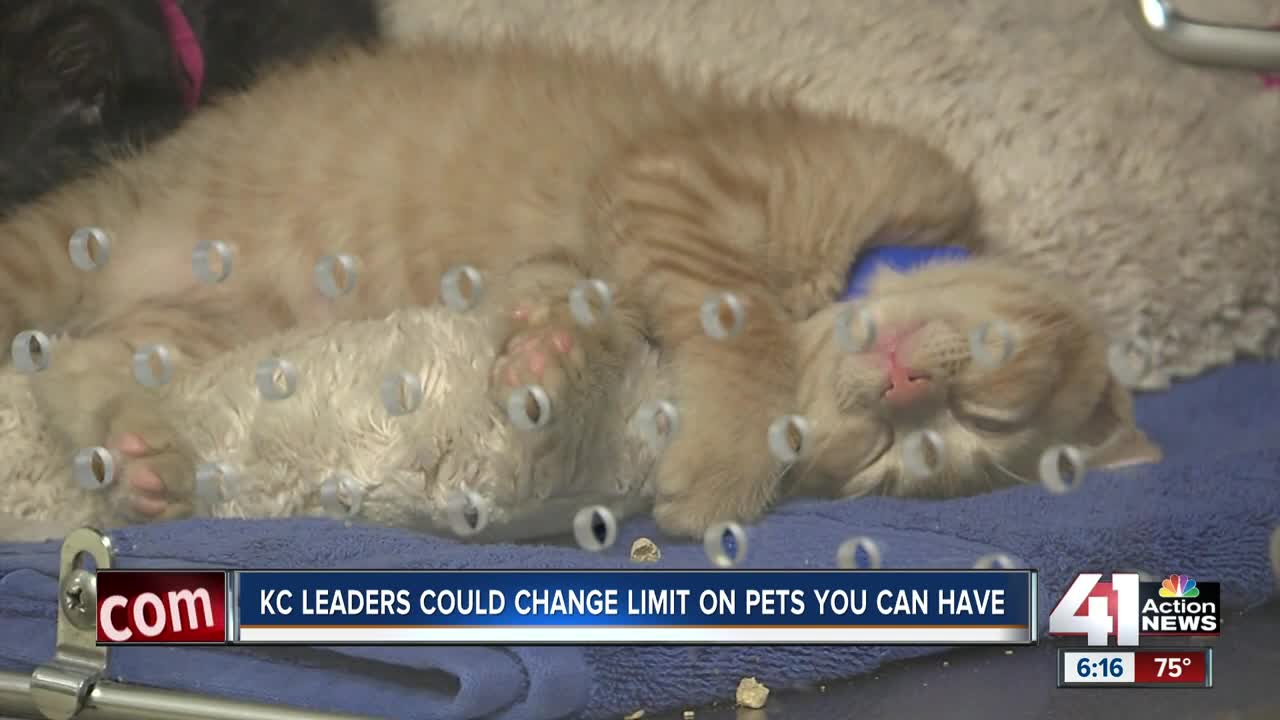 KANSAS CITY, Mo. — The city's animal code could undergo some major changes, but first the city is asking residents to weigh in  via polls and public meetings.

These are the proposed changes :

1. Should people be allowed to own more than a combination of four dogs/cats/pot-bellied pigs? And if yes, how many?

2. Should it be required that all cats and dogs be spayed/neutered?

3. Should we get rid of the requirement that all pit bulls should be spayed/neutered?

4. Should the city clarify what is adequate shelter for a dog, and how?

5. Should the abuse/neglect law be amended to make it unlawful to: a) tether dogs without a collar or harness device; b) use a tether less than 10 feet long; c) use a tether or collar that inhibits free movement due to the weight of the device; d) tether a dog in a manner than has the potential to cause injury/strangulation/entanglement.

6. Should the city add TNR (Trap, Neuter, Return) to the code to control the stray cat overpopulation?

Animal welfare organizations are weighing in too.

"Mandatory spay and neuter and the increase in pets are the things that really, really trigger the most conversation," said Scott Cotter with Spay and Neuter KC.

SNKC is one of the stakeholders with which the city will share the results. They are in favor of letting responsible people own more than four pets.

"What we see is if you're a problem pet owner, it doesn't matter whether you have two or 10. If you're a good pet owner, it's the same thing," Cotter said.

The city currently has a permit process for people who want to own more than four dogs, cats, and pigs.

Kate Bender with the City Manager's Office says many people have asked that they raise the limit.

"I think we all have the best intentions in our heart, but sometimes we can't control what happens, so that's why it's just really important for people to pay attention to city ordinances," said Trish Stinger with Wayside Waifs.

Many people weighing in online said increasing the limit would put more needy animals in a loving home.

Steve Woods is one of the voices against increasing the pet limit. He was a dog trainer and worked with canines for more than 50 years.

"While I am sure there are those that have the ability to handle more pets, but by increasing the limit we are opening the floodgates to those, that in all practicality, have no business having one pet, let alone over one," Woods said.

Common criticisms are that the city already has too many neglected and stray animals, and it could make way for more animal hoarding.

Welfare groups said maybe the city would see less of that if it could update their practices, and catch up to the work groups have been doing.

A 2017 audit of animal control pointed out issues with poor documentation and poor follow-up on cruelty/neglect cases.

"What we need to do in town is work on enforcement, but right now our animal control department is overwhelmed, understaffed, underfunded," Cotter said.

Bender said the code changes would definitely impact the way animal control patrols and could improve their services.

"I think in a lot of cases, the code is not specific enough or it doesn't have the right restrictions," Bender said.

Animal shelters already have a policy of spaying and neutering animals when they come in.

SNKC and other animal groups are against the idea of mandating that every cat and dog be fixed, and they want the city to repeal the requirement that all pit bulls be fixed.

They say such requirements are too punitive. Cotter said the proportion of pit bulls in shelters is the same today as when the city passed the ordinance in 2006 and said it actually led to more euthanizations.

SNKC's stance is that animal control is too busy trying to enforce pit bull laws when their time could be spent on other neglect/cruelty cases.

Stinger said it's all about education and responsibility.

"You have ordinances and not everybody plays along and we understand that," Stinger said. "We try to provide resources to people in the community when they need food, outdoor shelter."

At the end of August, public feedback will be turned in to the stakeholder group, which includes representatives from the Animal Health and Public Safety division of the Neighborhoods and Housing Services Department, the City Manager’s Office of Performance Management, the Law Department, KC Pet Project, Spay and Neuter Kansas City, and the veterinary community.

Code modification recommendations will be submitted to the city, and then the council will hold public hearings before any changes are made.