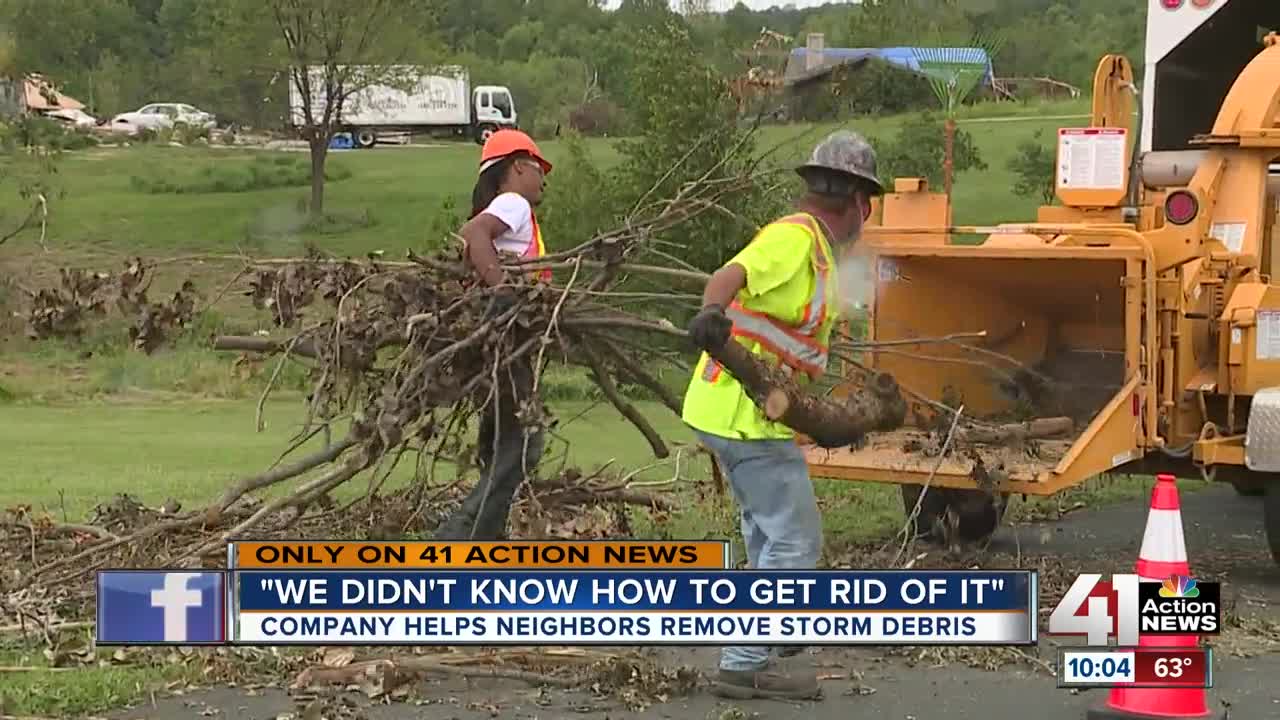 For the last two weeks, Stephen Linnemann and his neighbors have spent their days cleaning up, but FEMA declined to do its part. That's when Safety Tree Service stepped in to help residents in the Bear Lake Subdivision in Bonner Springs. 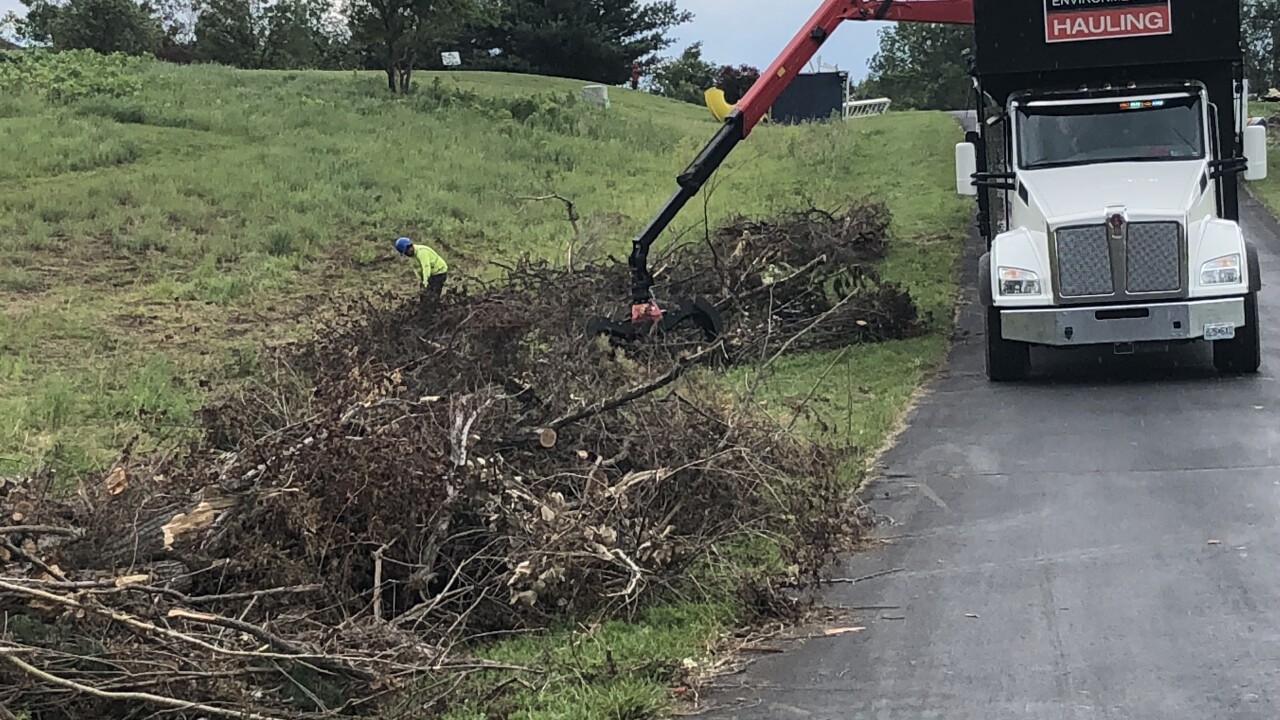 BONNER SPRINGS, Kan. — For the last two weeks, Stephen Linnemann and his neighbors have spent their days cleaning up.

They cut up trees, collected debris and tarped their homes. Their Bear Lake Subdivision community in Bonner Springs was one of several damaged when a tornado touched down in late May in Douglas and Leavenworth counties.

"Everyone had truckloads and truckloads of debris on the doorsteps that we didn't know how to get rid of it," said Linnemann, the chairman of the Bear Lake Homeowners Association.

Initially, the county told homeowners to collect and pile up debris, which would be picked it up free-of-charge, according to Linnemann.

Then, the plan changed.

The Federal Emergency Management Agency announced it would not pay for the clean up, because the community is located on private roads, Linnemann said.

Help arrived for this neighborhood from another source as Safety Tree Service and Environmental Hauling offered to pick up and haul away storm debris for free. More than a dozen workers with half a dozen trucks worked all day Wednesday to clean up and dump the debris.

We "saw that they were kind of need of the help, and the guys were all just willing to come out and do the work," said Andy Cummins, who is the director of operations for Safety Tree Service.