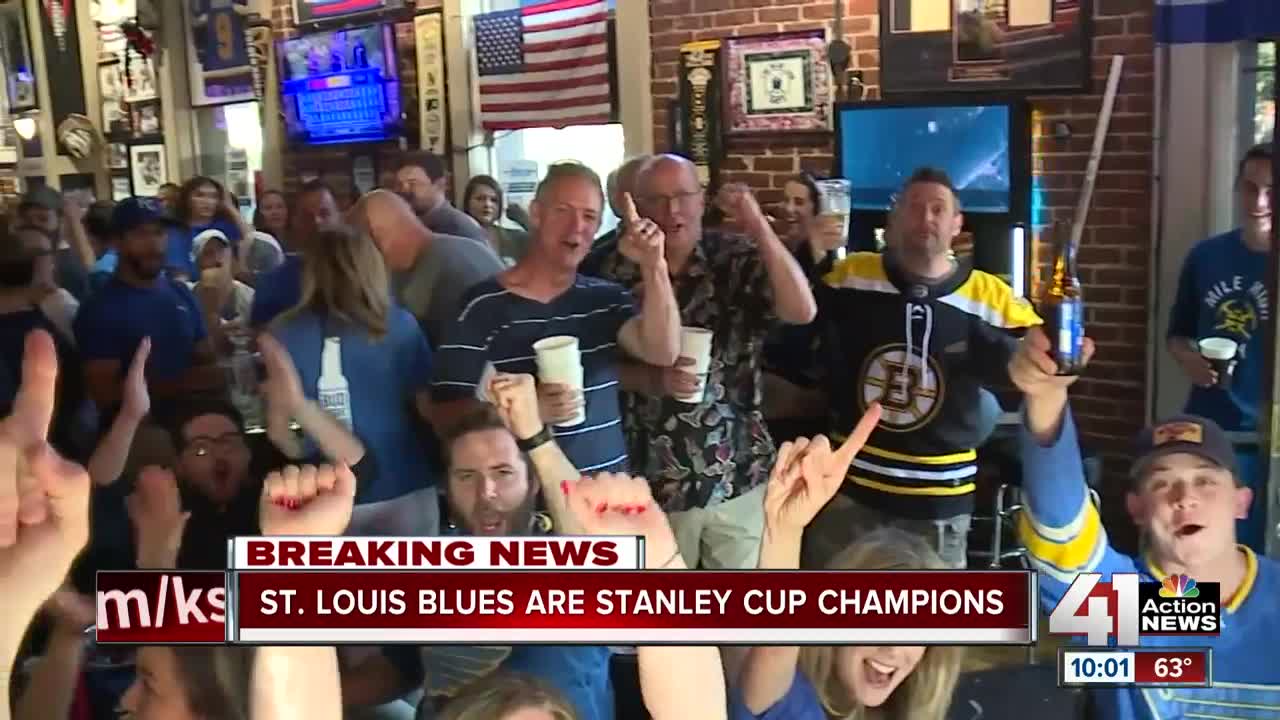 Kansas City’s love of hockey was on full display Wednesday night as crowds of fans gathered inside the Blue Line in River Market for game 7 of the Stanley Cup. 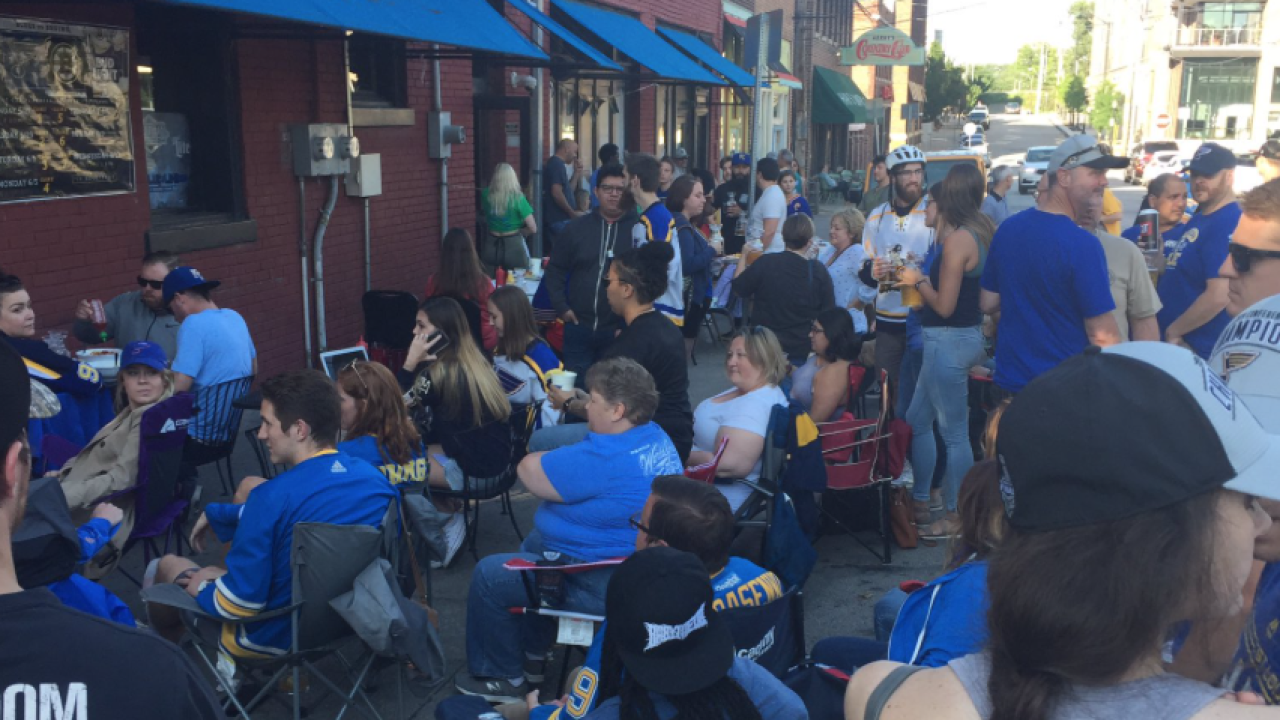 KANSAS CITY, Mo. — Kansas City’s love of hockey was on full display Wednesday as crowds of fans gathered inside the Blue Line in River Market for Game 7 of the Stanley Cup Final.

Patrons packed the bar and others sat on chairs outside for the winner-take-all battle.

Brock Schults is from St. Louis, but he watched the game at the River Market with his beard beard and mohawk dyed blue and yellow, cheering the Blues as a lifelong fan.

Others, like Jason Curtis from Illinois, came in from out of state and took in the game with other hockey supporters.

“I saw the crowd here and thought it’d be a great atmosphere,” he said. “I’m rooting for the Blues.”

The show of support for hockey during the playoffs meant big business for the Blue Line.

Aside from packed crowds inside the bar, special Stanley Cup mugs were hot sellers during watch parties.

“This is what I dreamed would happen whenever we opened this seven and a half years ago,” owner Steve Stegall said. “It’s been awesome. For me, it’s even better for business that it went seven games.”

With youth hockey programs seeing a rise in players in the metro area, fans hoped the support for the game would continue.

“Just seeing the crowd at the Blue Line is unbelievable,” said Kansas City Mavericks Director of Communications Brian McGannon, whose team had a tent set up outside the bar for fans Wednesday evening. “Our phone has been ringing off the hook at the Mavericks offices with people wanting to know more info about hockey in Kansas City. It just goes to show you that there’s obviously a hunger for it here.”

Hockey fans said the gatherings and watch parties for the Stanley Cup were special experiences.

“You would never believe this could happen in Kansas City,” Stegall said. “I see all this happening and it’s just amazing.”