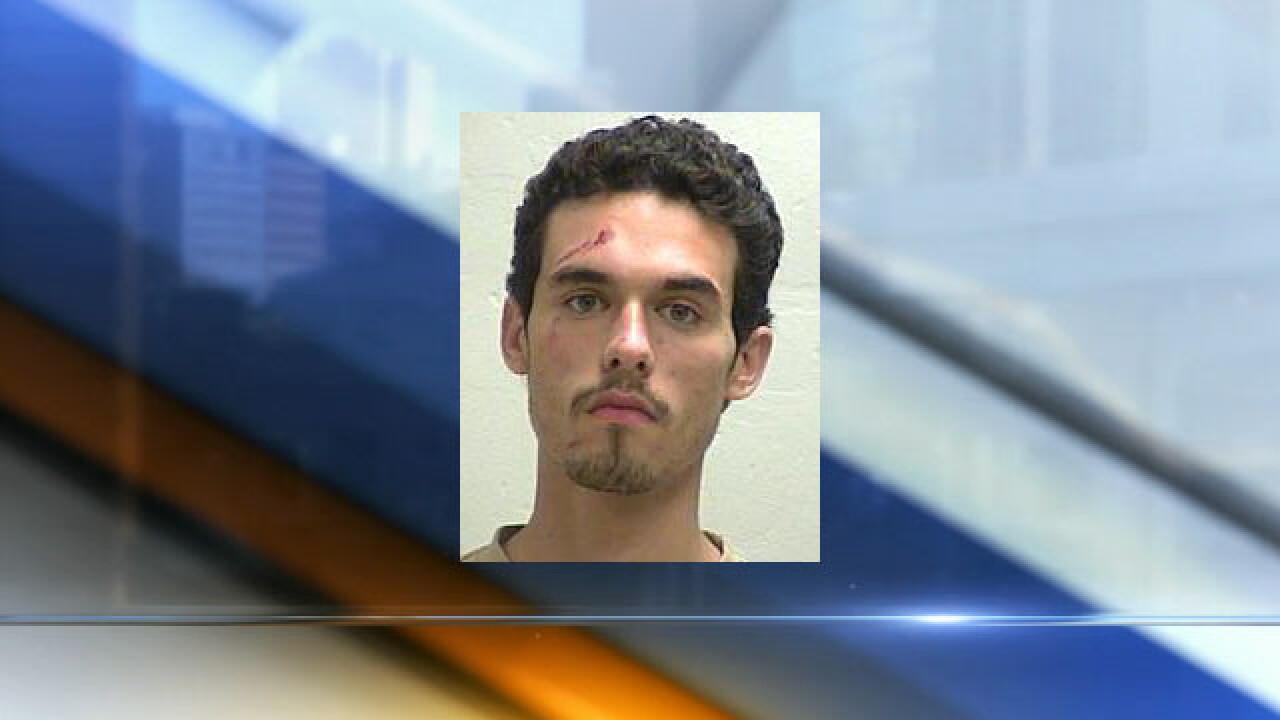 Copyright 2019 Scripps Media, Inc. All rights reserved. This material may not be published, broadcast, rewritten, or redistributed.
Ricardo Barraza III

KANSAS CITY, Mo. — A 94-year-old man with dementia was beaten up by a homeless man in Gladstone because he mistakenly picked up the man's blanket.

Police say Barraza beat the elderly man so bad that he lost sight in his left eye and had to undergo surgery.

According to court documents, the victim was found bloodied and with a swollen eye on July 13. He told police that a man had approached him and punched him in the face, but had to be taken to the hospital before further questions because his injuries were so severe.

Family of the victim later told police that the 94-year-old is diagnosed with dementia. He goes on daily walks around the Gladstone area and sometimes picks up random items and brings them home, thinking they are abandoned items.

The police were able to talk to the victim at the hospital. He said he remembered picking up a blanket, which he thought was abandoned.

Surveillance video from a business near 72nd Street and North Oak Trafficway, where the assault happened, showed Barraza in the area. An officer reviewing the video immediately recognized him because of prior calls involving the suspect.

Barraza was located at the Clay County Detention Center, where he was being held for a misdemeanor assault that happened July 14.

Gladstone detectives interviewed Barraza, who said he was taking a nap when someone stole his blanket and pants. He said he sat down on a bench with the victim when he noticed the blanket, so he beat him up.

Barraza told detectives that the victim said the blanket wasn't his, but he didn't like that and kept hitting the man.

"I think he took it by mistake and I wasn't thinking," Barraza told the detectives, according to the documents. "He got hurt pretty bad."

He went on to tell police he punched the elderly man several times in the temples and "probably almost killed him."

"No, I didn't check on him at all," Barraza told detectives. "I just left him there."