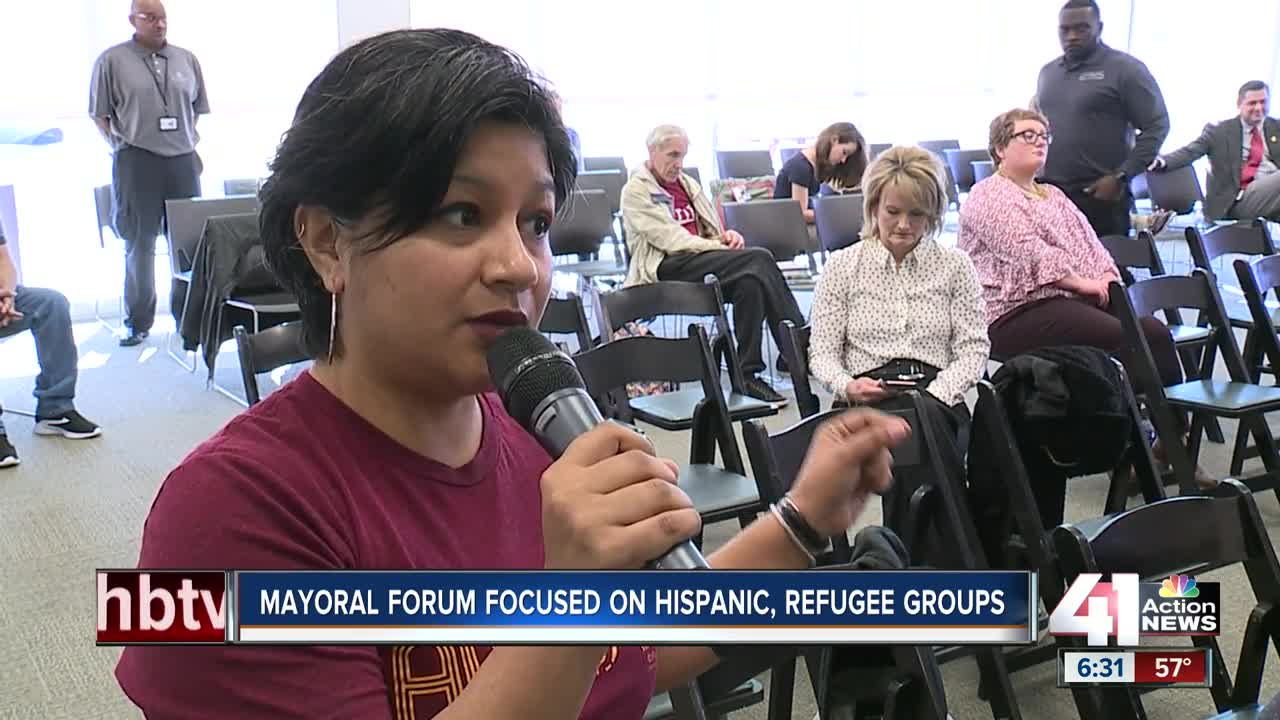 Less than three weeks from now, a Kansas City, Missouri, mayoral primary April 2 will whittle a crowded field down to two candidates who will vie to succeed Mayor Sly James. 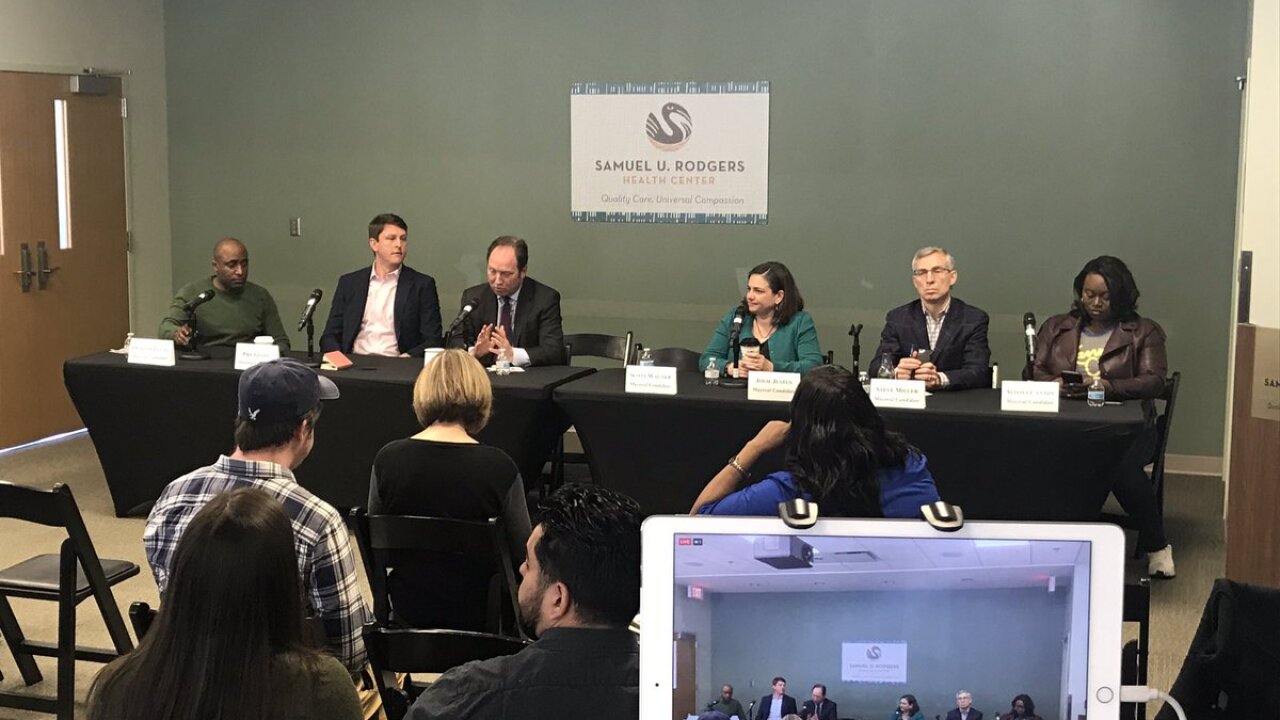 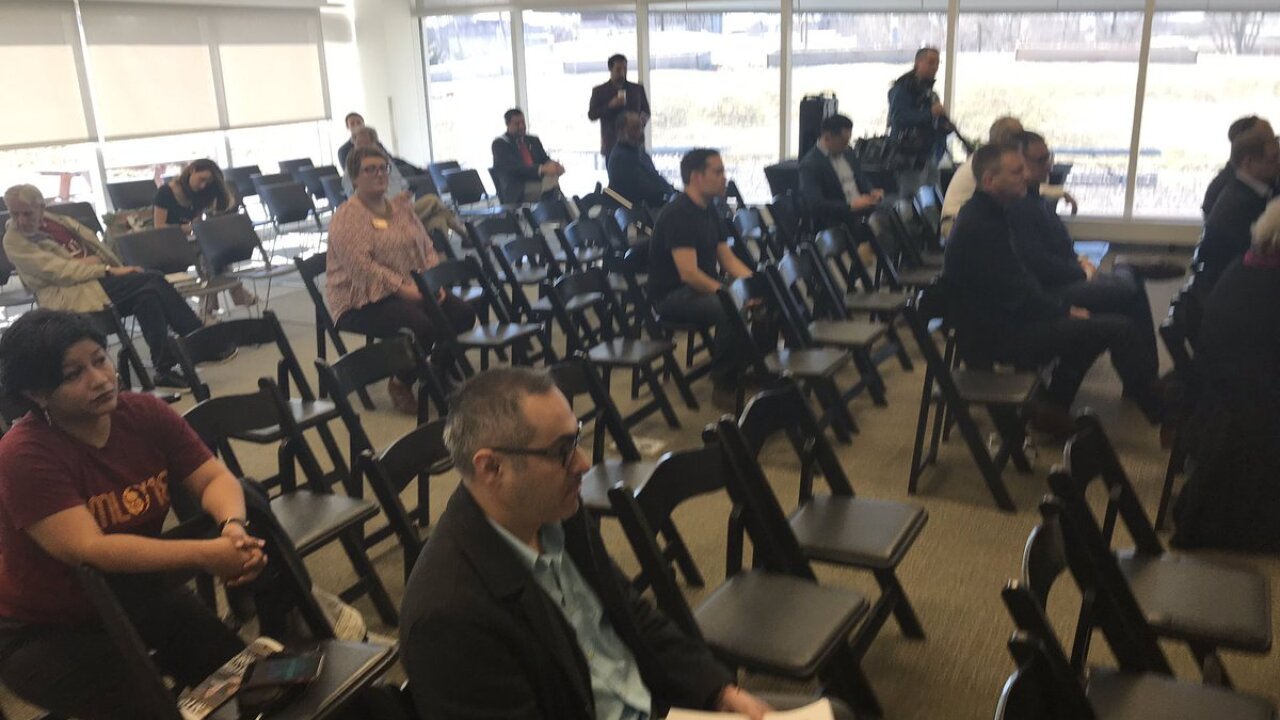 KANSAS CITY, Mo. — Less than three weeks from now, a Kansas City, Missouri, mayoral primary April 2 will whittle a crowded field down to two candidates who will vie to succeed Mayor Sly James.

The latest battleground for votes Saturday was the KC Forum for All at the Samuel Rodgers Health Center, which focused on ensuring the voices of immigrants, refugees, and Latino community members are heard in the lead up to the city's mayoral election in June.

Moderators and audience members, including Celia Luiz, peppered the candidates with questions during the two-hour event.

The forum provided a chance for those in attendance to see which candidates' views most closely aligned with their values.

"I really wanted to understand where their positions were in terms of increasing representation within our own community and their commitments and see where they stood on that," Edgar Palacious said.

Organizers of the forum said the next leader of the city should understand their worries.

"As it relates to the federal government and what’s going on there, I think the immigrant communities are really concerned about who is going to lead them to the next step in the city," community organizer Manny Abarca said.

The theme of the forum seemed to be that Kansas City and its leaders should embrace every single community.

"The fact that they’re recognizing that we are a force to be reckoned with, I’m excited about that," Palacious said.

Voters will select two candidates at the April 2 primary who will go head-to-head in the general election on June 25.