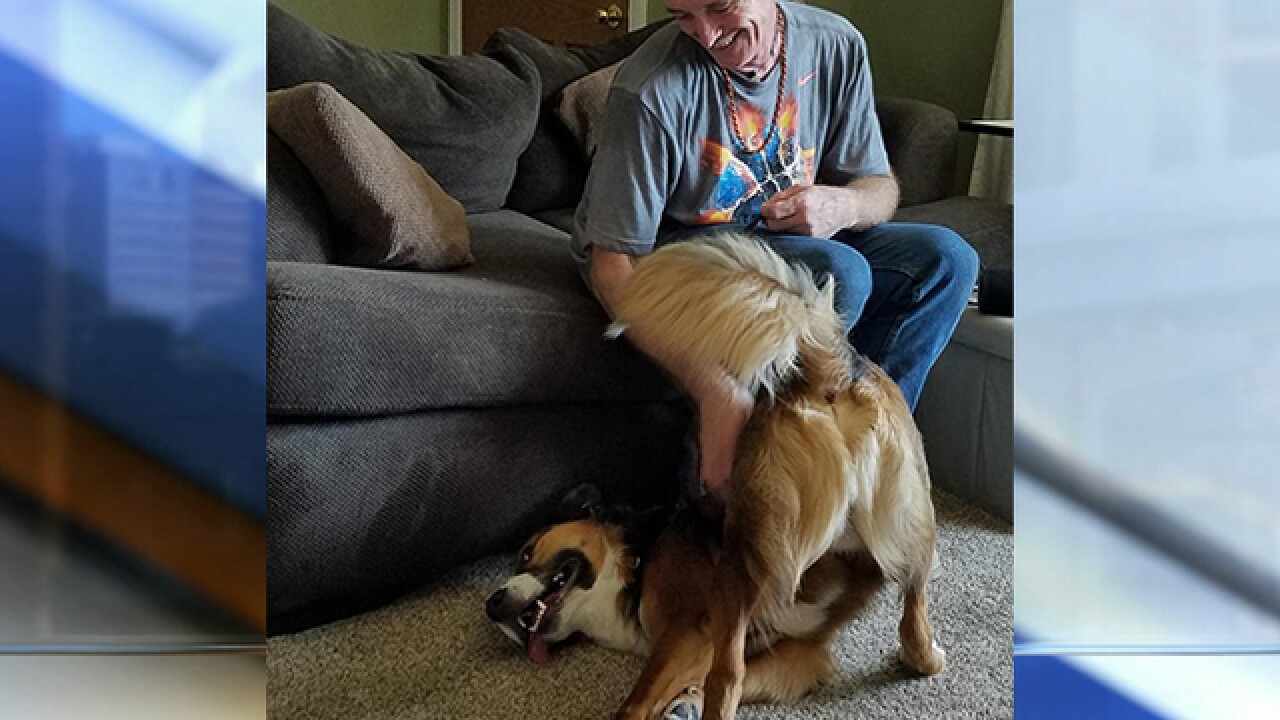 KANSAS CITY, Mo. — A dog that was missing for a year and a half is finally back home with his owner in California.

Tori Fugate with the KC Pet Project said in an email a dog named Topper arrived at the shelter in July. He was brought in on a bite quarantine for a minor bite to a police officer, who was making an arrest at the time.

Fugate said Topper had a microchip, and the shelter traced the owner information to a man in San Diego County in California. She said the owner, Tom Huffman, thought he would never see Topper again after the dog went missing more than a year ago.

Fugate said when the shelter called to ask about Topper “he literally screamed into the phone, ‘You have my dog?!’”

With help from KC Pet Project’s Rescue and Transport Manager and training team, Topper began his cross-country trip on Aug. 24. Fugue said volunteers across the US met every 200 miles to exchange Topper with the next transporter. Altogether, Topper made 19 stops by car and by plane.

Topper and Huffman were reunited over the weekend.