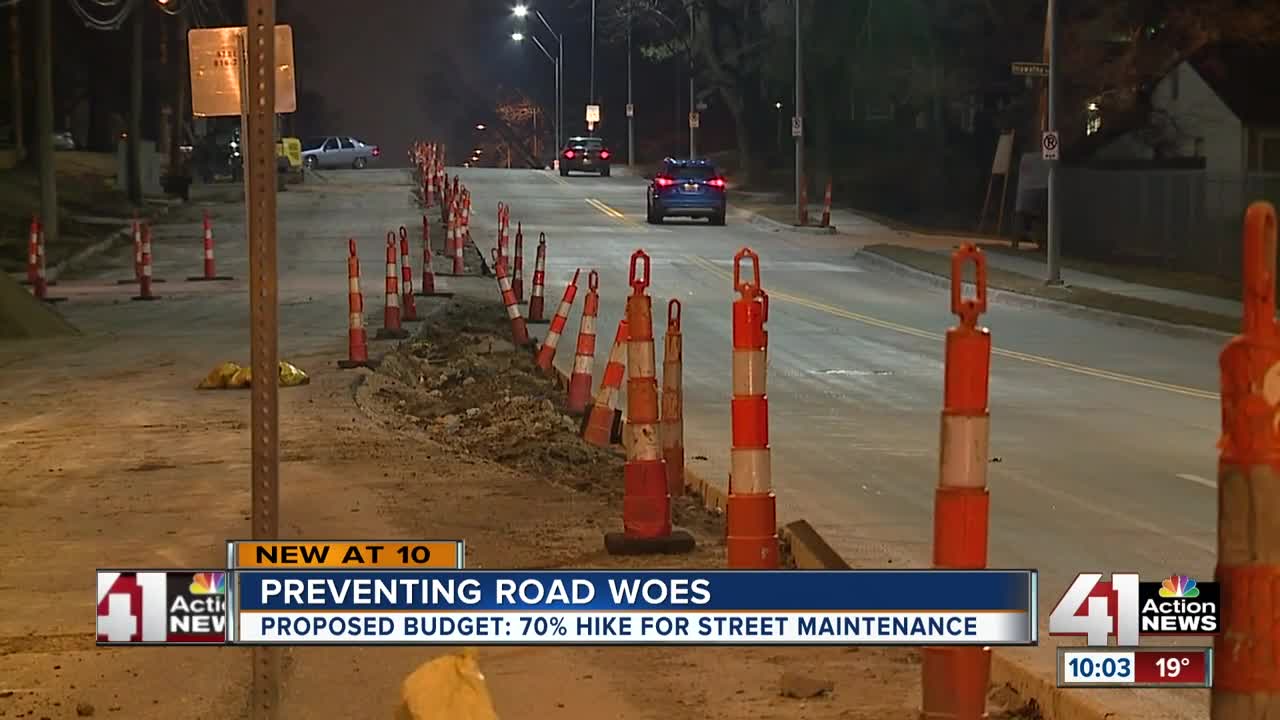 The public works fund for resurfacing would increase from $10 million to $17 million under the plan, with the boost coming from last years renewal of the capital improvement sales tax. The public works fund for resurfacing would increase from $10 million to $17 million under the plan, with the boost coming from last years renewal of the capital improvement sales tax.

"If we can do regular maintenance and do the resurfacing, that's a lot less expensive than waiting until the street completely fails and then trying to do reconstruction from the dirt up," said KCMO Communications Director Chris Hernandez.

In other words, the whole idea is to invest now before it's too little, too late, which was the case for Wornall Road. The major thoroughfare has been under construction since 2018, and plans call for work to continue into 2020.

"It can be trying at times, especially during rush hour," said Raymond Reyes, who recently opened a restaurant, Burger State, at 89th and Wornall.

Reyes, like many other KC drivers, has noticed another problem on the streets.

According to Hernandez, the increased funding for resurfacing will prevent that problem.

"Potholes happen when the road is already cracking and the water gets through," he said.

Reyes, who has no regrets about opening during Wornall's reconstruction, commends the city for investing early on to hopefully shorten future construction projects.

"I think that's a great idea. It certainly would help businesses that are on areas that are undergoing construction," he said.

The Wornall Road improvements are being funded by the general obligation bonds passed by voters in April 2017.