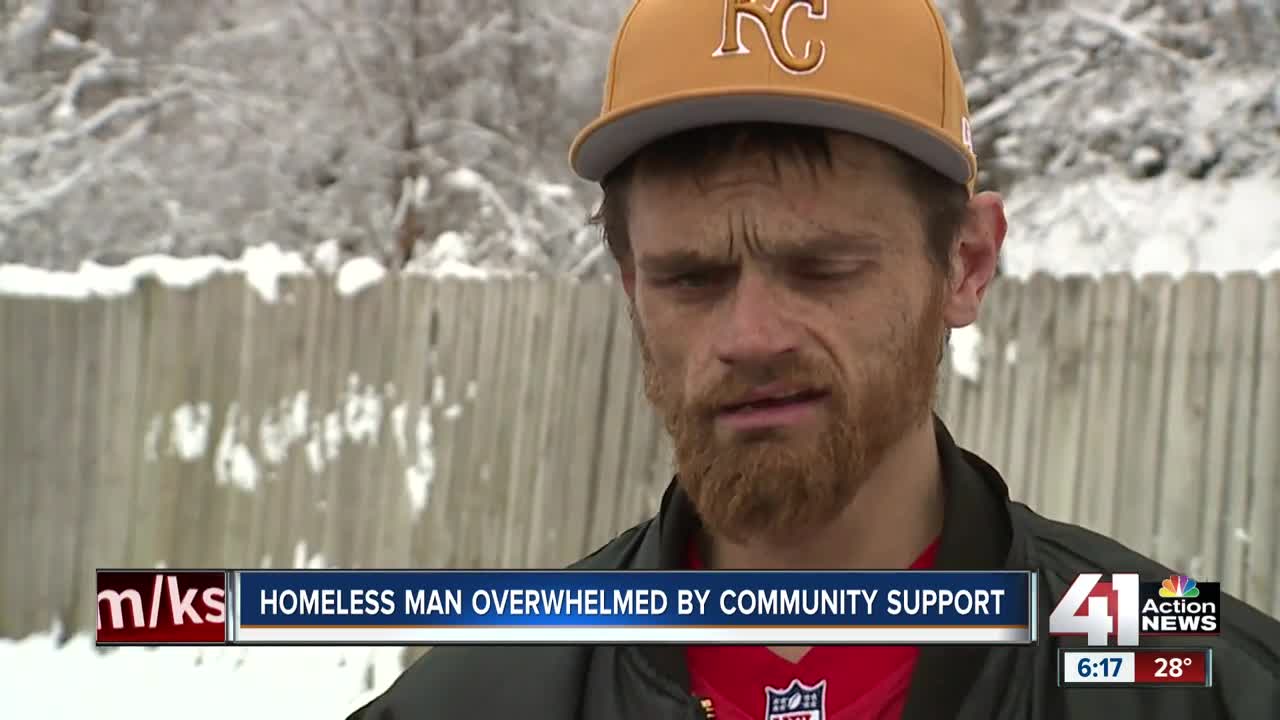 A day after talking to “Dave” the man who helped a Chiefs player get to the playoff game Saturday, people around the country are showing support to help this homeless man get back on his feet. 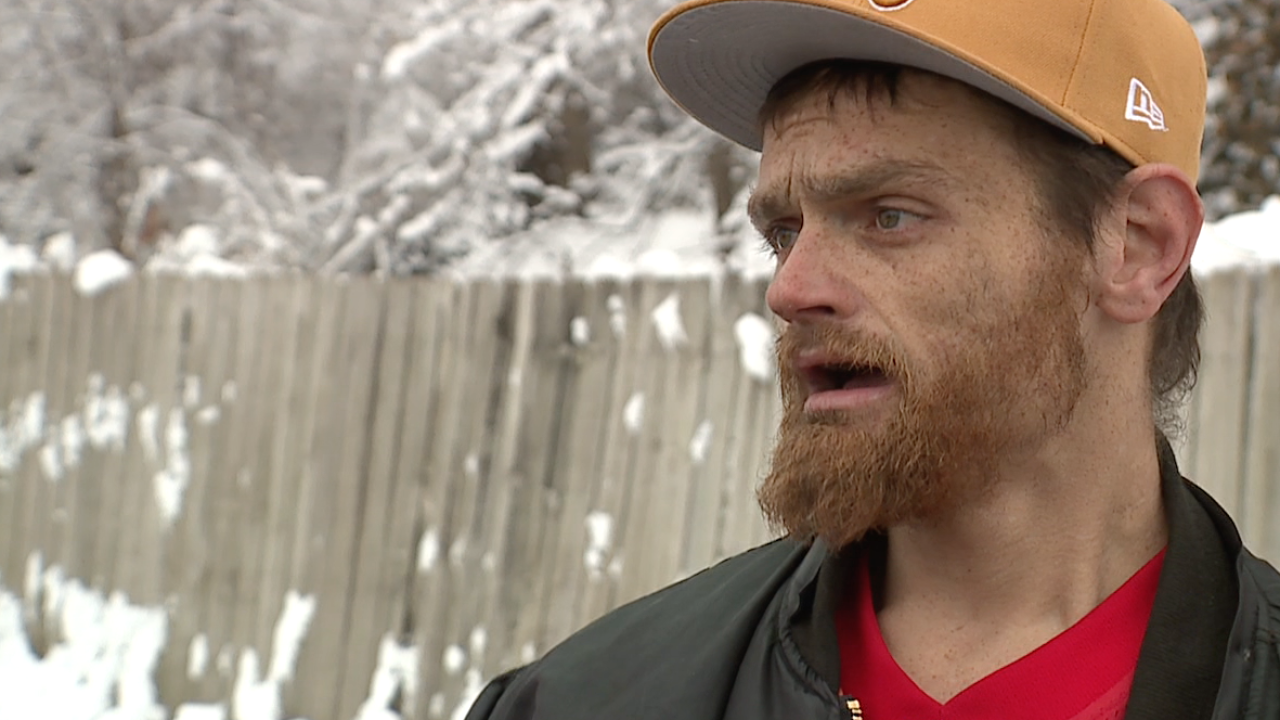 KANSAS CITY, Mo. — A day after the good Samaritan who helped a Chiefs player get to a playoff game made headlines, people around the country are showing support to help the homeless man get back on his feet.

One act of kindness can go a long way.

“I don't know how to express it. I didn't expect none of this. I did what I normally do,” Dave Cochran said.

Jeff Allen, an offensive lineman for the Chiefs, was on the way to the game Saturday when his car became stuck in the snow.

Cochran helped pull the car out, and now many in the community are embracing Cochran — but not everyone.

“They look at my criminal past and what I have been charged with, they use that against me," Cochran said. "I am going to prove them wrong and better myself and not make a fool out of anyone who is on our side."

Cochran’s life is filled with mugshots. Stealing and breaking into cars has landed him in jail dozens of times, but Cochran said he doesn’t want to live that life anymore.

"They call me 'Crash' because of my prison background, but I am not going to be anyone’s crash dummy anymore. I have to make my sister proud," Cochran said.

Many people, both locally and nationally, are helping Cochran. A GoFundMe has raised thousands of dollars.

“We saw your story (on the news) at 5 yesterday and it kickstarted the idea. We want to make sure that Dave is going to have cold-weather gear,” said Eric Tadda with E. Edwards Work Wear.

Another area business said it would replace three broken windows in Cochran's vehicle.

“I noted he had bags on his back windows and said he was living out of his vehicle. We can put glass in, we have some in the shop,” said Ivon King with KC Glass Guys.

“It’s just warming to know people want to take care of their own in Kansas City,” King said.

One random act of kindness has led to hundreds of people trying to help a homeless man get back on his feet.

“There are so many good Samaritans in this town, but how many are homeless? How many don't have the basics? To pull over and help someone out when you don't have it yourself,” Tadda said.

Cochran said that he's overwhelmed but appreciative of all the support he has received.

“I don't know how to express it. I am so overwhelmed," Cochran said. "I just want to say thank you."