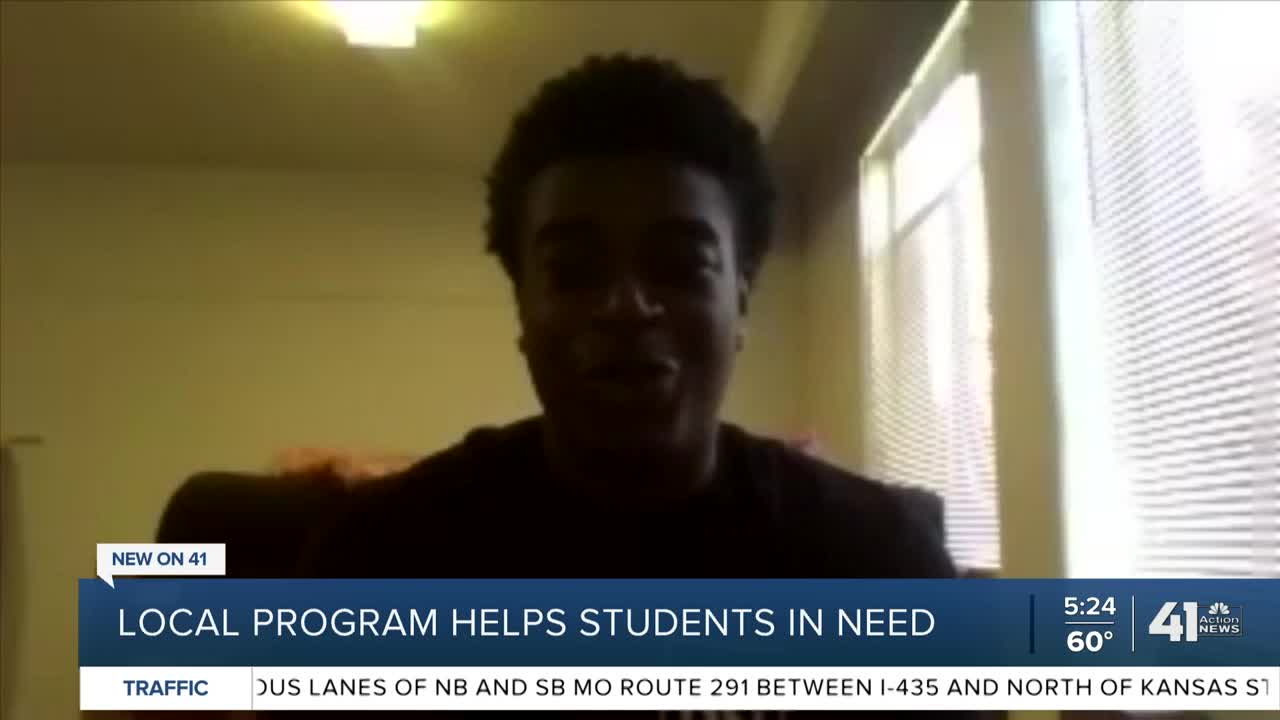 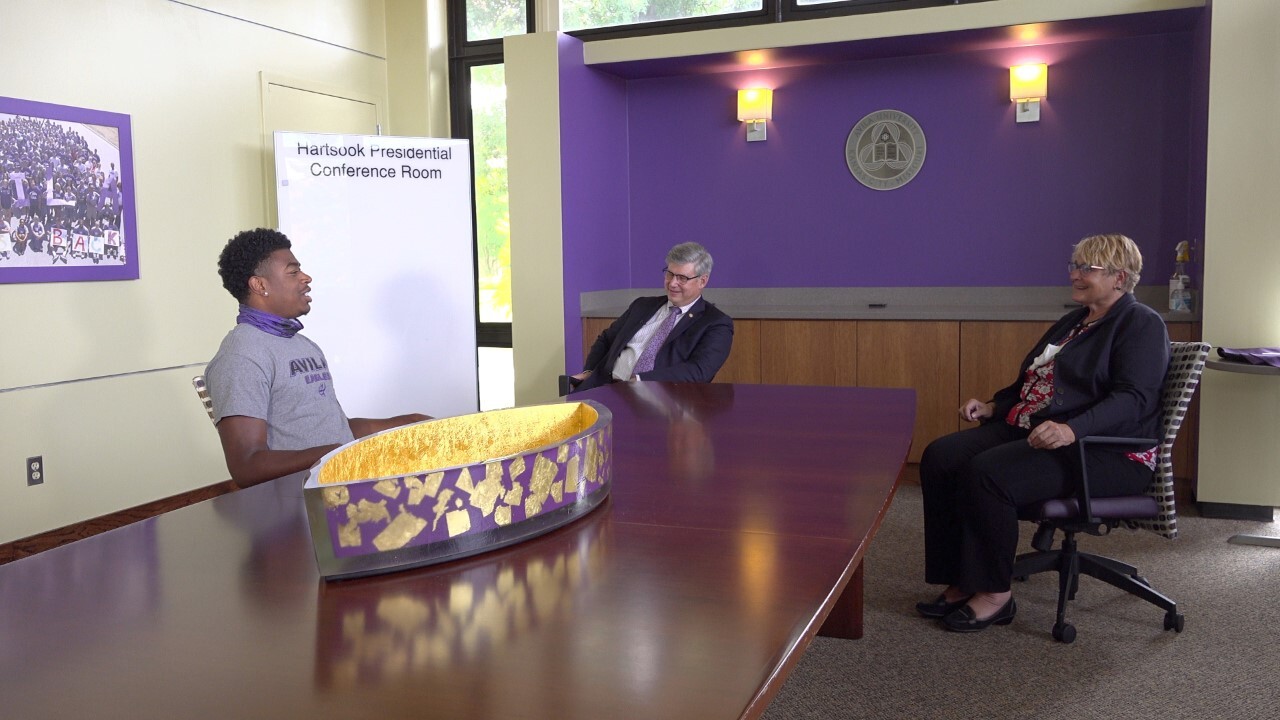 "It's been fun," Childress said. "I've met a lot of people here already from all over the country."

With the pandemic lingering into his first year, he, like many college students, is adjusting to the changes.

"The adjustment to online has been more difficult. I don't really have any classes in person. So, talking to my teachers and my classmates and everything through a computer is not my preference, because I prefer to be face-to-face," Childress said. "But, you know, I'm getting the hang of this Zoom. And I really like it actually, you know, it's still a classroom setting, just in my room. I'm comfortable, the teachers are comfortable and we are still learning."

The student-athlete and Biology major was the first KC Scholar back in 2017.

"I actually thought I was in trouble because my mom came up to my school," Childress said. "You know, the dean the principal was there, and they called me out of class and I'm like, 'Oh man, what did I do?'"

But that mood quickly shifted from nerves to smiles.

"I was just, I was excited honestly," Childress said. "I was really like, wow, this is, this is like really prepping me for college."

KC Scholars' mission is to 'increase post-secondary education attainment in the greater Kansas City area' by providing scholarships, financial incentives and resources for students in need.

"In our case, we're serving a six-county area of this region, serving students in high school and adult learners who are low and modest income," KC Scholars President, Dr. Beth Tankersley-Bankhead said. "So for them, when they think about going to college, the price might have been too high, they might have said, 'I can't follow that dream, we cannot afford that.'"

The goal of KC Scholars is to break down those barriers.

"We also know historically in higher education, you know there have been different periods of times when certain individuals were not allowed have the opportunity to go to post-secondary education," Tankersley-Bankhead said. "And so in our case, we want to make college possible for all who wish to go, and that's what KC Scholars does."

For Childress, he said the traditional scholarship and resources he received made college reality for him.

"I wouldn't say I wouldn't be in college right now without KC scholars, but KC Scholars definitely made this 10 times easier for me and my family," he said.

His two older brothers are also in college right now.

Now celebrating its fourth year of work in 2020, KC Scholars has awarded 2,136 traditional scholarships to date.

KC Scholars reports, on average, 99% of Traditional Scholars are enrolled in college and 94% continued onto their second year while earning a 3.0 GPA.

She said several scholars want to stay in the region.

"We are connecting them to opportunities in the workforce here in Kansas City from early on," she said. "And then our ultimate goal is that 80% of our scholar completers stay here to live and work. So, our program is all about opportunity. It's about dreams, it's about support, it's about when your community and others believe in you. And so at the end of the day, this program should have a big impact for individuals, and for the region."

While recipients usually get an in-person KC Scholars surprise, this year was a bit different. There was a car parade instead, due to the pandemic.

"The thing that amazes me are the scholars," Tankersley-Bankhead said. "Their tenacity, their drive, they know what they want to do. They've navigated a lot; so many challenges on top of existing challenges. Many times financial, so they're amazing. They are earning the highest grades, they are persisting from year to year, they are so determined."

For Childress, his message to future generations who are from his community is to keep going and not be afraid to advocate for yourself.

Childress was not the only one in his family to be a KC Scholar back in 2017. His mother also received an adult learner scholarship, so she's able to work on her degree as well.

The program is planning for many more years wit thousands of scholars. The goal is to have at least 10,000 Scholars in the program by 2026.