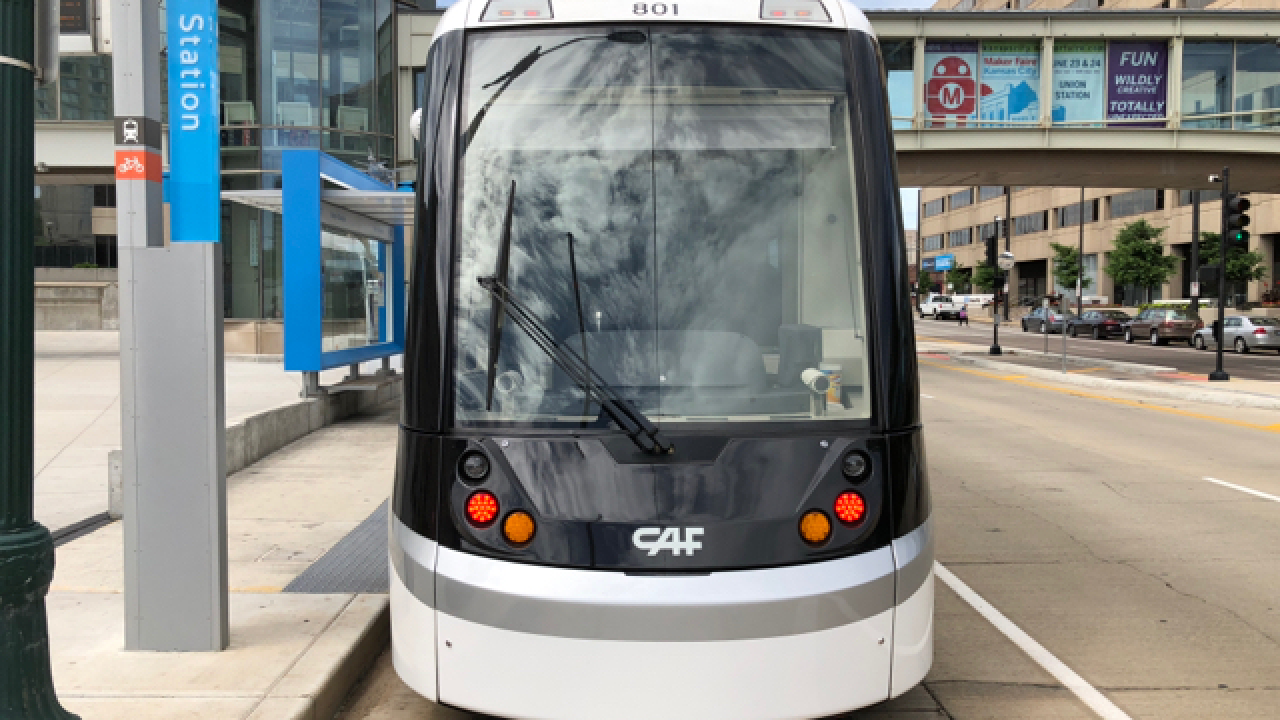 KANSAS CITY, Mo. — The KC Streetcar project team announced Monday it will advance plans to use outside-running line placement and has refined streetcar stops for the Main Street Extension to UMKC.

“We understand the operational challenges with an outside-running streetcar, but have learned a lot with our downtown operation and are proud of our 93+ percent on-time performance,” said Tom Gerend, executive director of the KC Streetcar Authority, in a news release.

The KC Streetcar project team said the outside-running track alignment will be implemented largely for the portion of the extension from Union Station to 45th Street. According to the news release, the section of the route between 45th Street and Volker Boulevard will undergo additional evaluation, and the southernmost route section between Volker Boulevard and 51st Street is planned to use the Country Club right-of-way.

The news release says the streetcar stop locations for the Main Street Exertion include:

According to the news release, the planning for the KC Streetcar Main Street Extension continues with the necessary environmental work and development of a funding strategy before moving forward in design. The Federal Transit Administration previously authorized the KC Streetcar Main Street Extension for “Project Development,” which is now largely complete. The news release says the next step in the federal process is to submit the project for a rating and to request a commitment of federal funds to the project. The rating submittal will include refined capital and operating costs, ridership estimates and a funding plan.