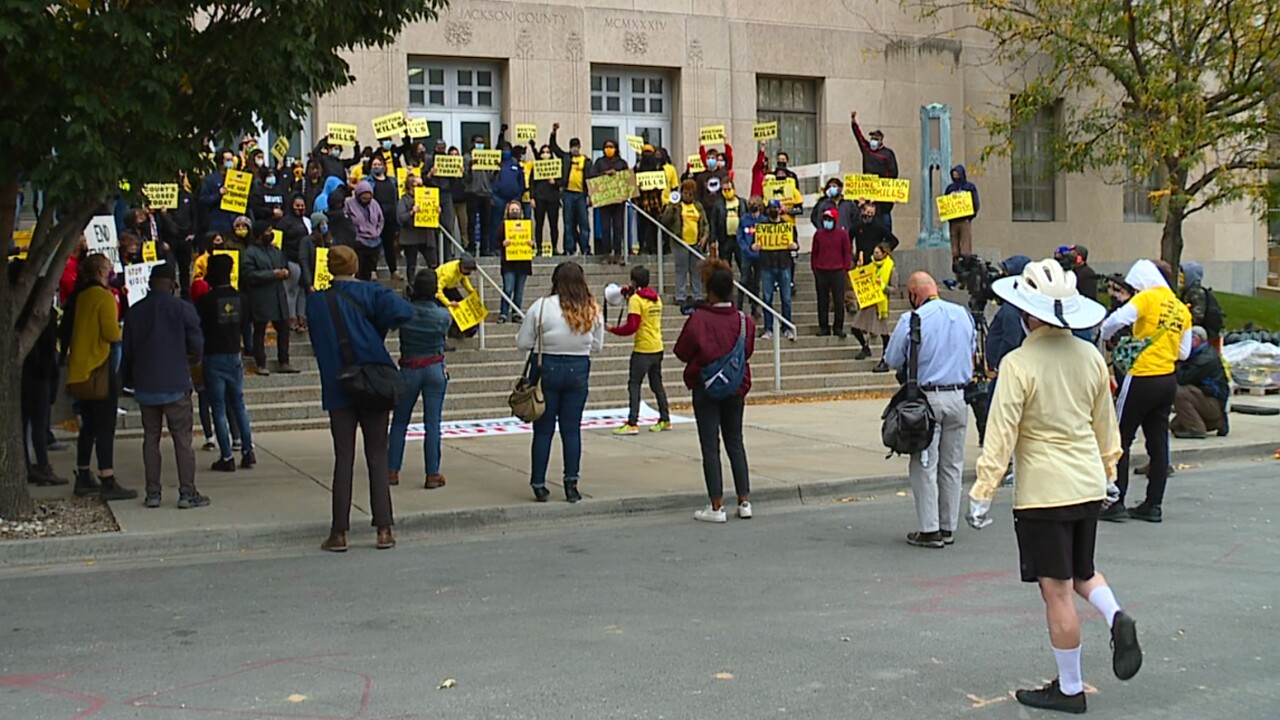 Copyright 2020 Scripps Media, Inc. All rights reserved. This material may not be published, broadcast, rewritten, or redistributed.
Jonathan Goede/KSHB-TV
Members of the KC Tenants group outside the Jackson County Courthouse on Thursday, Oct. 15, 2020 in Kansas City, Missouri.

The group also chained the doors shut, all in an effort to close court for the day.

BREAKING: KC Tenants has blockaded the court entrance. 6 people have chained the doors. The people have closed court for today. Every eviction is an act of violence. #endevictions pic.twitter.com/lkyn0vXosL

The protest is in response to evictions taking place during the COVID-19 pandemic.

The group is calling evictions during the time period "acts of violence."

Some will move into motels, shelters, their cars, and double up in other housing units. Others will end up on the streets. All of these circumstances pose great risks to people, especially as COVID-19 cases continue to spike in Missouri.

41 Action News crews on the scene noted that the doors that were chained were already locked at the time.

In a statement released Thursday afternoon, a spokesperson representing the 16th Judicial Circuit, said that despite the locked doors, courthouse users were still able to enter the building on the other side, though one of the locked doors was for ADA access. Further, the spokesperson said no dockets were affected by the protest.