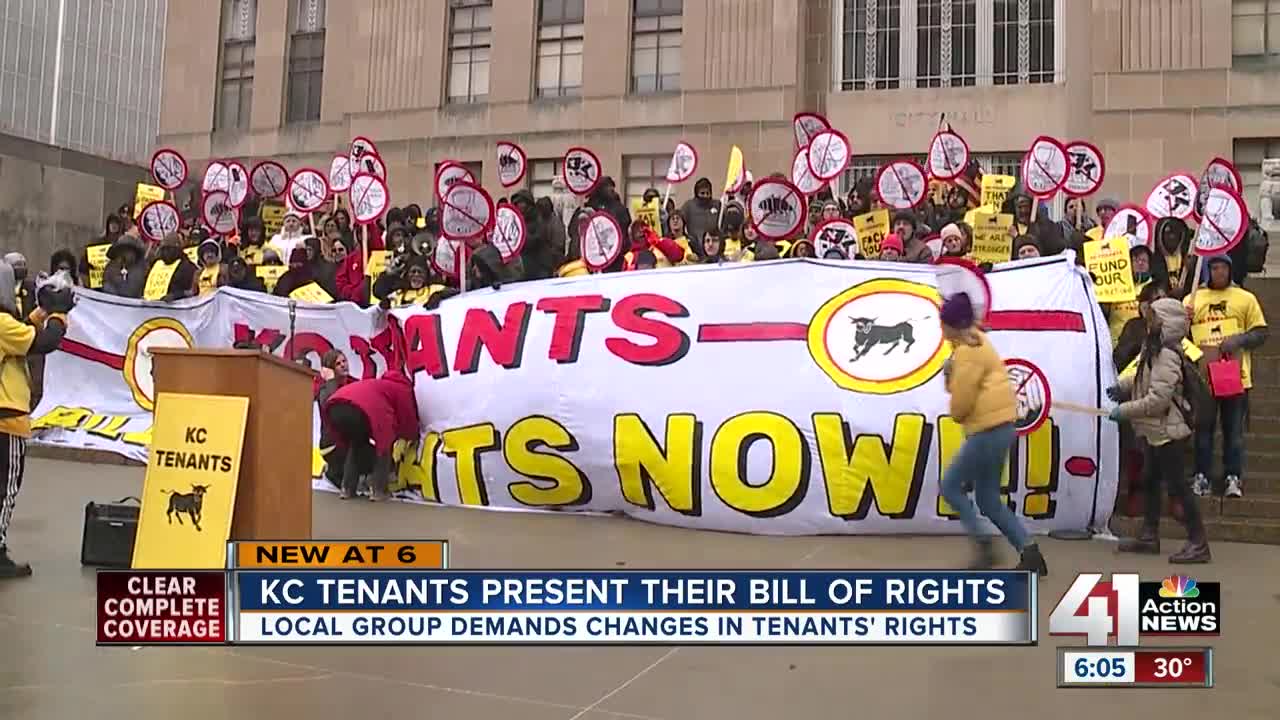 The KC Tenants group on Wednesday introduced its Bill of Rights package, a policy that could create sweeping changes for tenant rights. 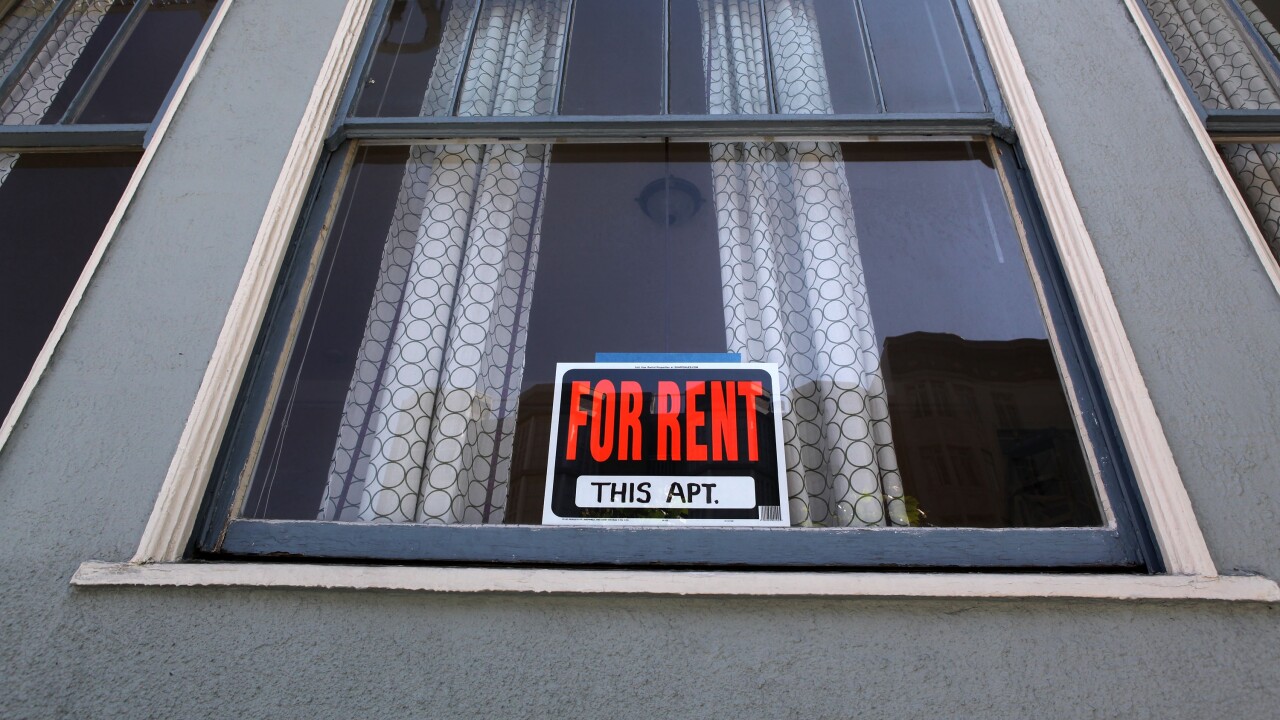 KANSAS CITY, Mo. — A group that aims to give a voice to renters introduced its “Bill of Rights” on Wednesday, a policy that would create sweeping changes for tenant rights.

KC Tenants showed out on the City Hall steps Wednesday to rally for the policy, which would create a Division of the Tenant Advocate in City Hall that would receive $1 million from the general fund each year.

The office would provide legal support for tenants and education on tenant rights, as well as investigate tenant claims. It would also open a tenant center, create a tenant phone hotline and could even revoke landlord permits.

It would create a right to counsel for low-income tenants. The city would allocate $650,000 a year to pay for lawyers to handle tenant-landlord legal disputes.

The Bill of Rights would make it illegal to discriminate against tenants based on rental history. Landlords would be required to give their tenants a utilities estimate, so they know what they would realistically pay each month. It would also limit how easily landlords can enter an apartment without proper notification and consent.

"Our stories are our power," Tara Raghuveer, director of KC Tenants, said. "The win isn't secure until our people's lives change."

The group has been working on the policy for four months. It has the support of Mayor Quinton Lucas, who said he will sponsor it, and some city council members such as Eric Bunch, Melissa Robinson and Brandon Ellington.

"What we're trying to do is outline all the rights tenants have and add real enforcement mechanisms and add whole slate of new rights for tenants," Raghuveer said.

She said some renters rights already are on the books — like the right to organize without retaliation — but no one enforces it.

"What we know is that tenants face retaliation all the time," Raghuveer said. "It's one of the reasons tenants don't call the housing department to report their landlord because they fear retaliation."

The group borrowed parts of its Bill of Rights from other cities, like Washington D.C., which has an Office of the Tenant Advocate. An office in Kansas City would hold enforcement power.

Most revolutionary, they said, is that the people affected are making this change.

"I was directly impacted by housing," Tiana Caldwell, one of the groups leaders, said. "I was diagnosed with cancer for the second time. I was receiving or going to receive resources for help and my landlord didn’t care."

Caldwell said she fell behind on payments and was evicted. She said her "Scarlet Letter" made it extremely hard to find another place to live.

"It doesn’t matter the circumstances, it doesn’t matter what might’ve happened," Caldwell said. "Maybe it wasn’t even your fault. It just becomes this weight that you carry with you that keeps you from getting something that’s vital."

The Kansas City Council would need to approve KC Tenants’ package, which still is being finalized by the group’s lawyers.

The KC Tenants’ Bill of Rights package is set to be introduced to the council on Thursday and will be heard by the council’s Housing Policy Committee on Nov. 6.