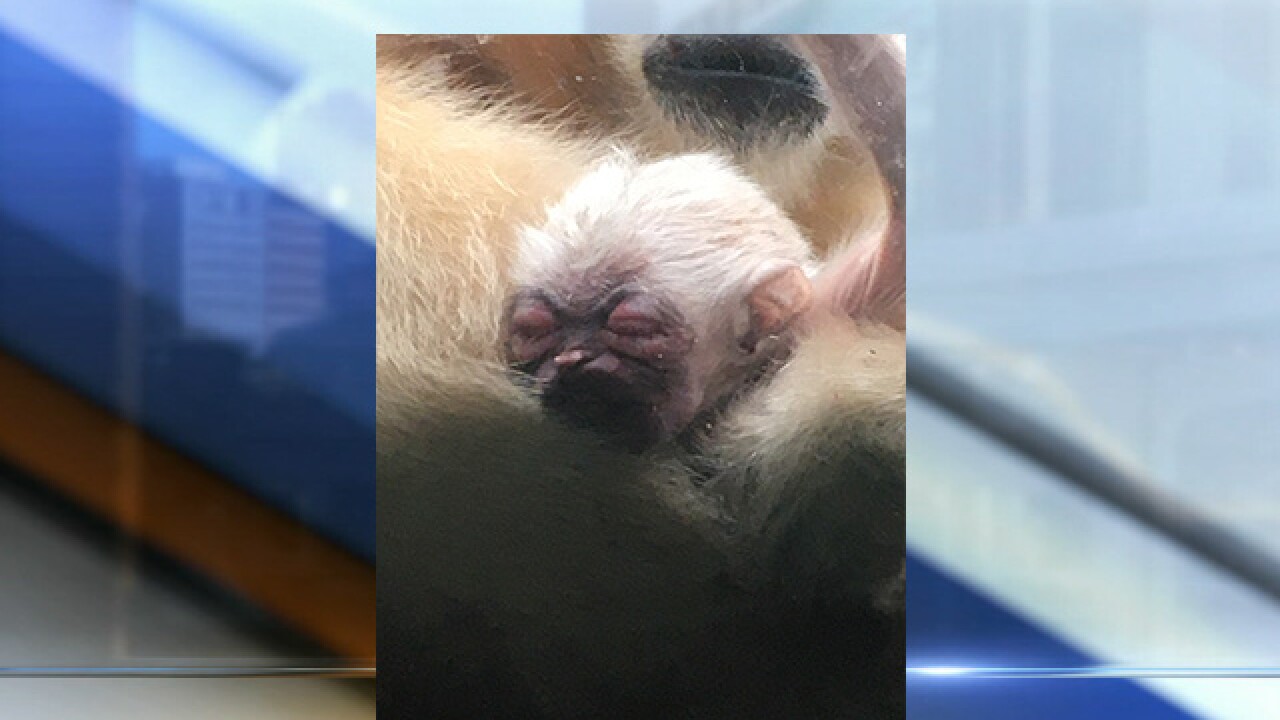 Designated as “critically endangered," a “species survival plan” paired 24-year-old Smithers and 15-year-old Kit, according to a news release, and the two are “doing a wonderful job caring for their tiny baby.”

The animal is native to China, Laos and Vietnam and is known for its “piercingly loud long-calls,” according to the release.

“These lesser apes sing daily ritual duets to mark their territory,” the release stated. “Young gibbons start to mimic these calls, singing along with their mothers.”

White-cheeked gibbons have decreased by more than 80 percent in the past few decades because of habitat loss, illegal logging and illegal pet trade, according to the release.

Visitors can see the gibbons family in the Tropics area of the zoo, which is open daily from 9:30 a.m. to 4 p.m.