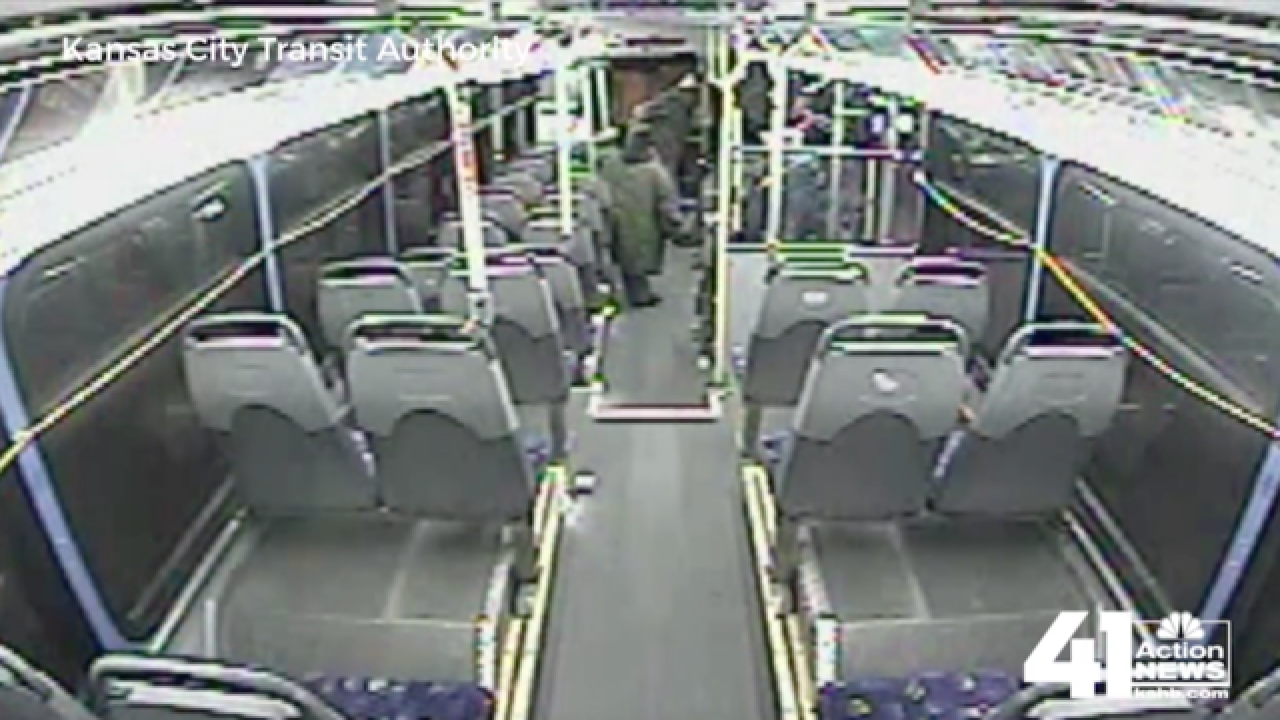 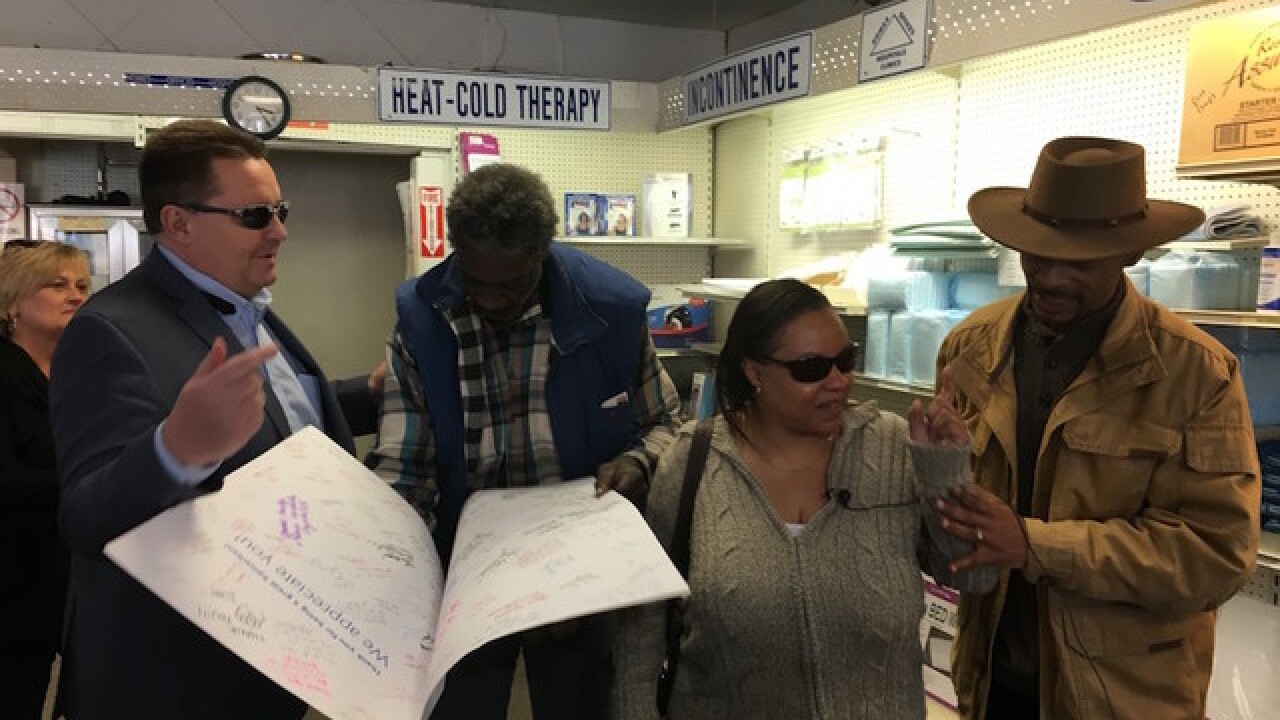 The Good Samaritan who rescued a Ride KC bus driver being attacked Saturday by another passenger was reunited Monday with the bus driver he rescued.

The attack happened around 12:30 early Saturday morning at Armour and Troost. That's when Judge pulled off to the side of the road to call for help after the passenger started to become confrontational.

"He was holding me really tight and he was really forceful and I was just screaming," said Judge.

Surveillance video given to 41 Action News by the KCATA shows the driver calling for help when the man grabs her from behind, grabbing at her neck and face.

As she is screaming for help, another passenger, Rodney Goldman jumps into action and starts beating the attacker with his cane, eventually breaking the cane on the attackers back.

The Kansas City Police Department says they were called to the scene, and the attacker was arrested for assault.

Goldman broke his cane beating the attacker, so KCATA decided to honor him with a new cane. The cane was donated by Doctors Equipment Service company gave Goldman 2 canes, one metal and the other wood. Goldman said he likes the metal one better because he'll be able to quickly subdue an attacker with it.

"I don't call myself a hero. I looked at her (the driver) as being my sister or my mother or my grandmother and I just you know, I was glad I was there," said Goldman.

The Good Samaritan also received a life-time bus pass and a Ride KC hat and other items. He also walked away knowing that the driver he rescued  will always be grateful.

"People like Rodney I love him so much and I don't even know him.  He's a good person and I'm so thankful he was there for me," said Judge.