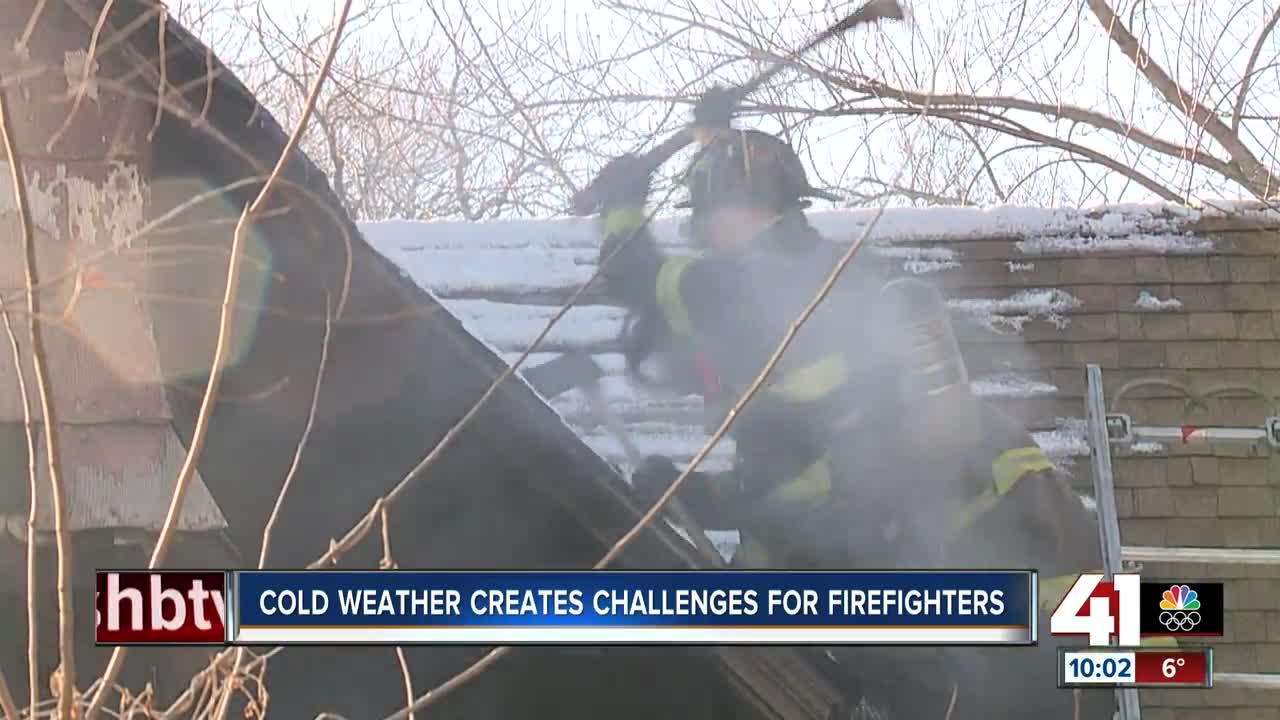 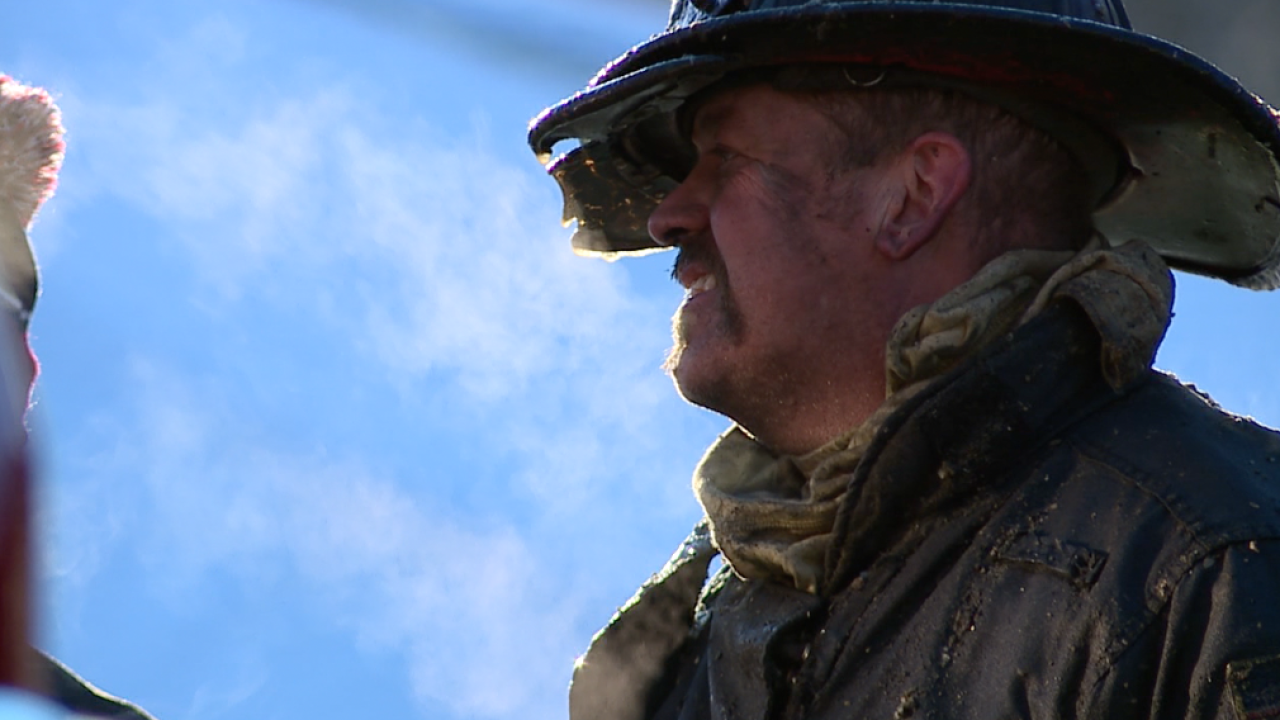 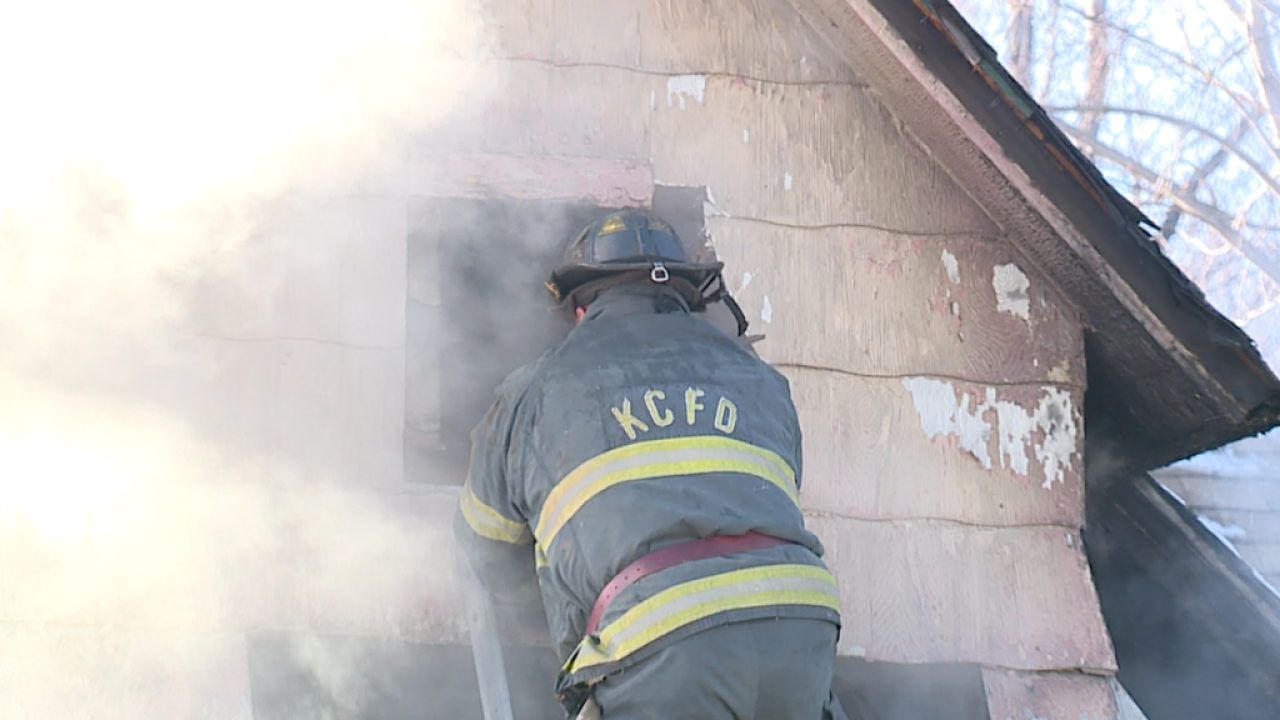 "Upon arrival it was a little confusing for us, (because) we had two houses going about a block apart," KCFD Asst. Chief Jimmy Walker said. "We had to dispatch another alarm and split (the crews) up into two."

Another challenge, according to Walker, was the brutally cold weather.

"It's very miserable, he said. "You can't feel your fingers or your toes, your ears, your nose."

As crews put out the fire, they also had to make sure the valves and hoses did not freeze.

Everything else the water touched, immediately froze and temperatures were so cold that salt on the ground did nothing to keep the ground from getting slick.

"It makes a very hard job even harder," Walker said.

The two fires broke out at about the same time, around 3:30 p.m. The cause for both blazes remains under investigation.