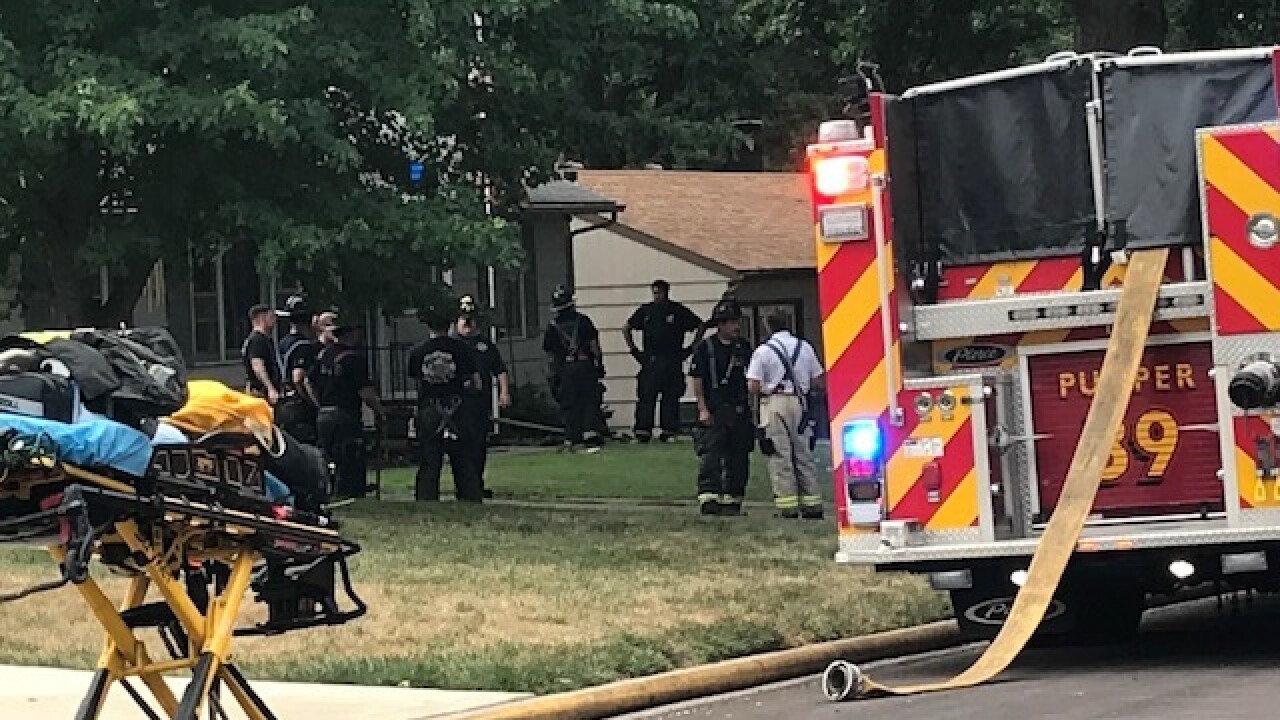 Copyright 2018 Scripps Media, Inc. All rights reserved. This material may not be published, broadcast, rewritten, or redistributed.
<p>A firefighter made a brief maday call Friday, July 20, 2018 while fighting a fire in Raytwon, Mo. Photo by McKenzie Nelson/KSHB</p>

KANSAS CITY, Mo. — A firefighter with the Kansas City, Missouri, Fire Department was briefly trapped battling a blaze at 6005 Fairley Road in Raytown.

A mayday call went out over the scanner, indicating that the ceiling had partially collapsed, but the firefighter was freed within two to three minutes, according to Raytown Fire Protection Battalion Chief Ty Helphrey.

The firefighter was uninjured and no one was home at the residence at the time of the fire, but two dogs were rescued from the house.

Upon arrival after the fire reported shortly before 1 p.m., firefighters from Raytown and Kansas City found fire in the garage and attic. All ceilings in the home had to be lifted to extinguish the flames.

A car in the garage was destroyed, but the fire remains under investigation and no cause has been determined at this time.