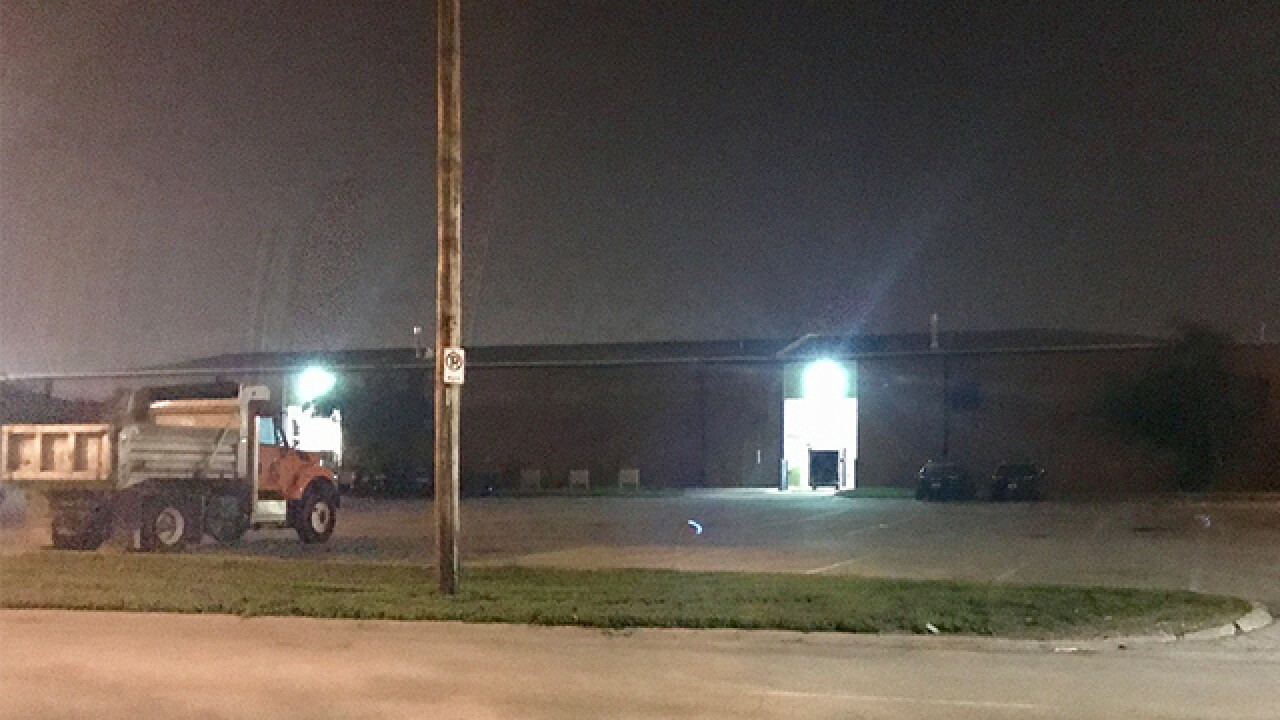 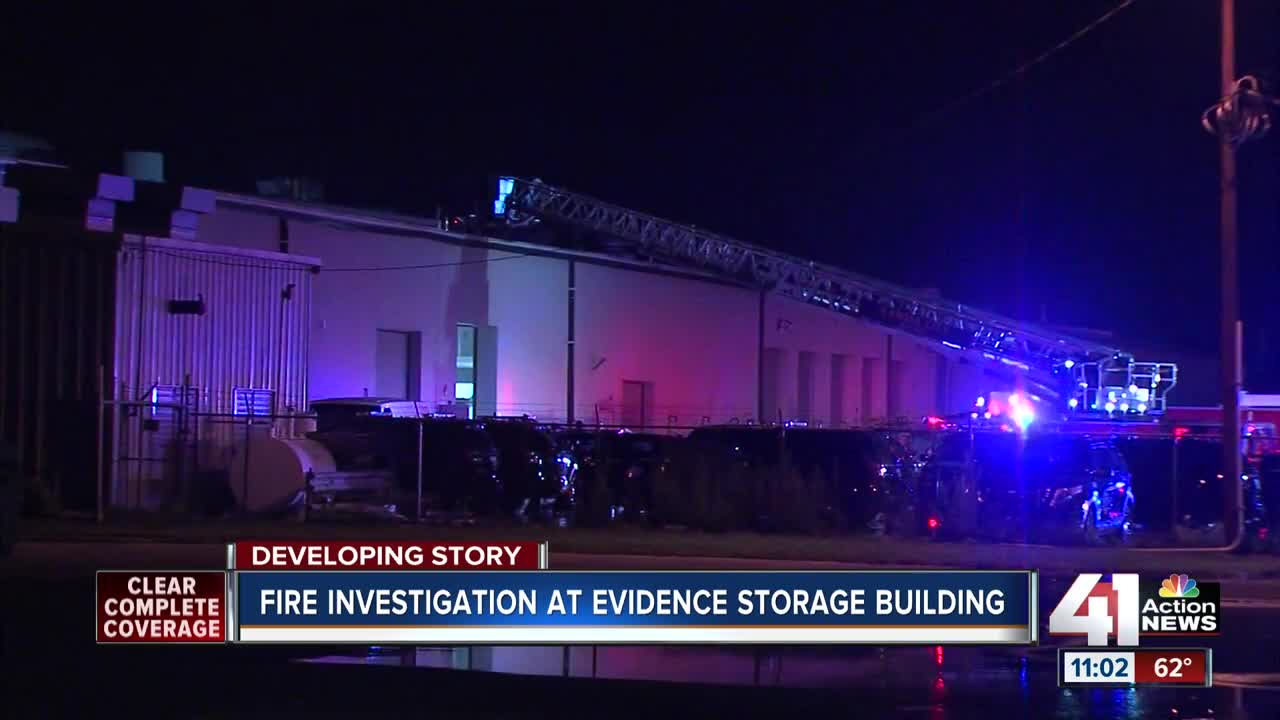 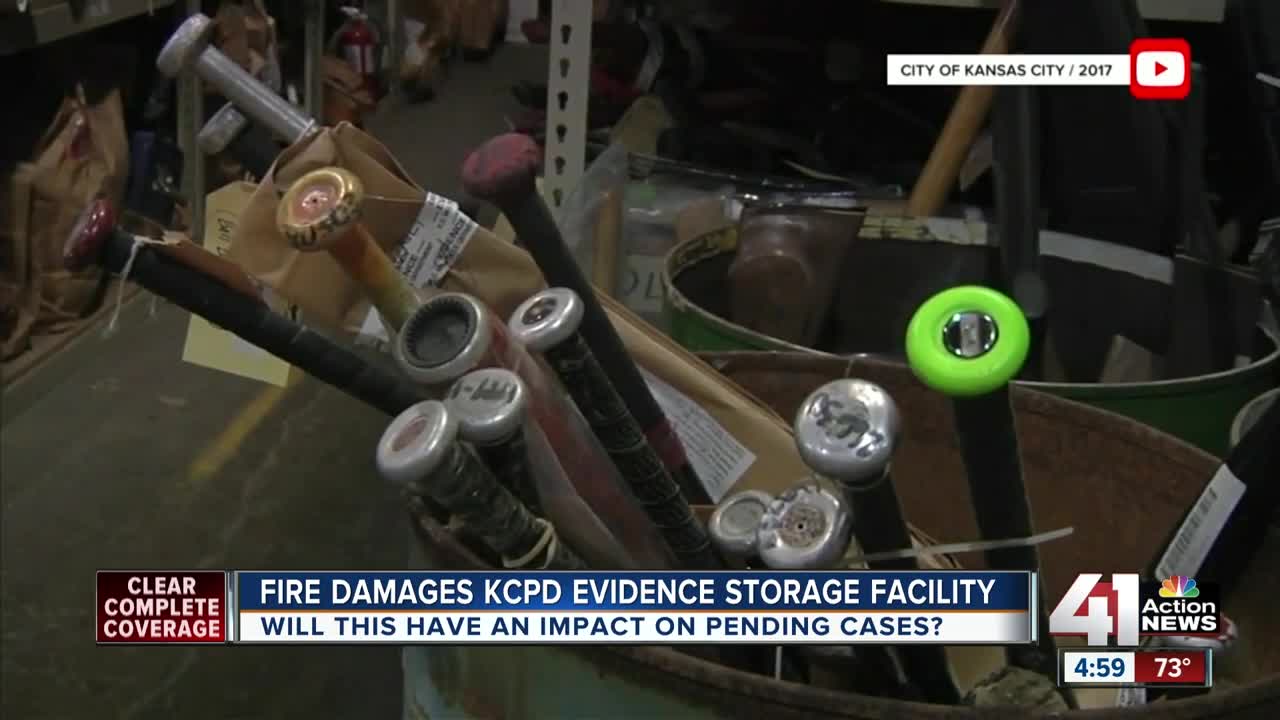 The fire started at about 12:45 a.m. at the city-owned building near 5300 Municipal Avenue.

"We’ve identified a small number of the shelves where property was stored; the items were burned and destroyed,” said Sgt. Jake Becchina with KCPD.

The building houses recovered property and evidence dating back to the 1970s. Becchina said they are doing everything to maintain the integrity of the investigation.

"We are going to take tireless efforts to go through everything in here and ensure the integrity of all of it," he said. "Everything that is not damaged we will get it to people, please be patient with us on that.”

The cause of the fire has not been determined and no one is in the building after normal business hours.

"The reality is they are only going to collect evidence they believe to be important in a case otherwise there would be no room for everything,” said attorney David Bell.

"It could result in some cases a natural dismissal. For example, a drug case where the evidence has not been tested, it would have to be some evidence presented at trial that the substance that is claimed to be illegal is actually illegal," Bell said.

A spokesperson from the Jackson County Prosecutor’s Office said police made the office aware of the fire. He said the office is waiting for more information about the extent of damages and the impact it could have on criminal cases.

The battalion chief said sprinklers inside the building extinguished the fire, but smoke filled a lot of the building. Later Thursday morning, garage doors around the building were open with fans in the doorways to air out the building.