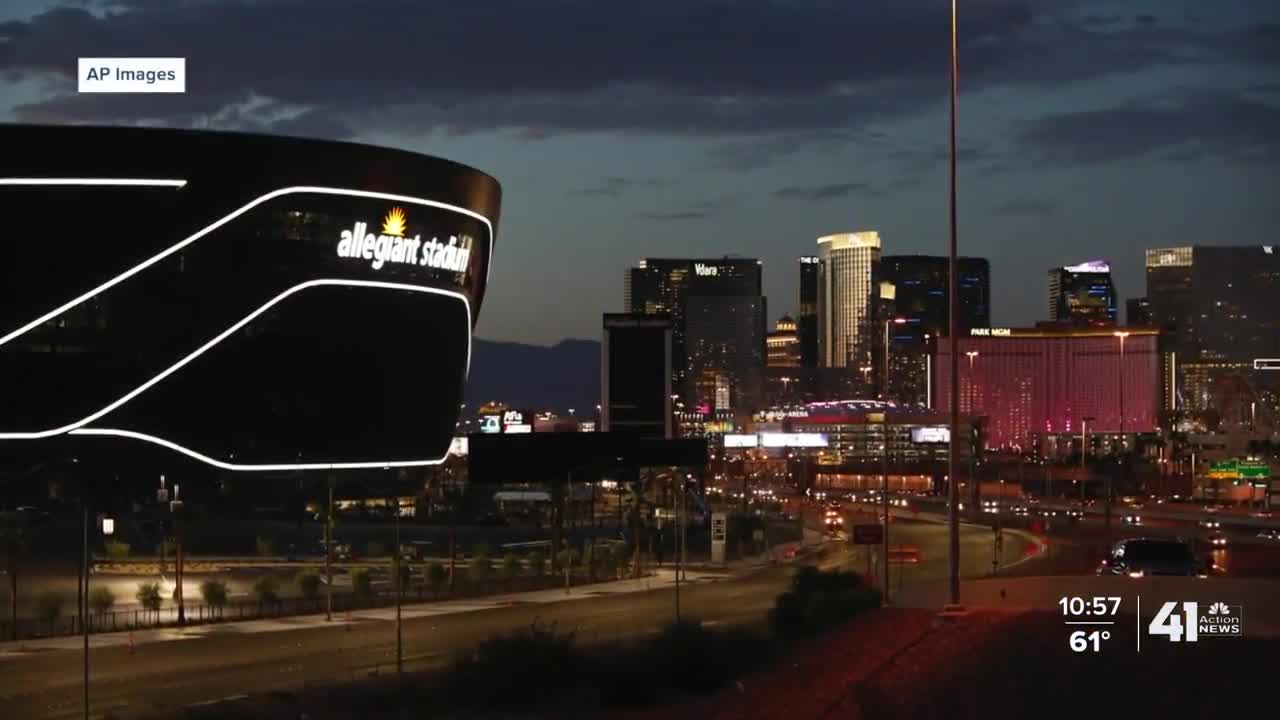 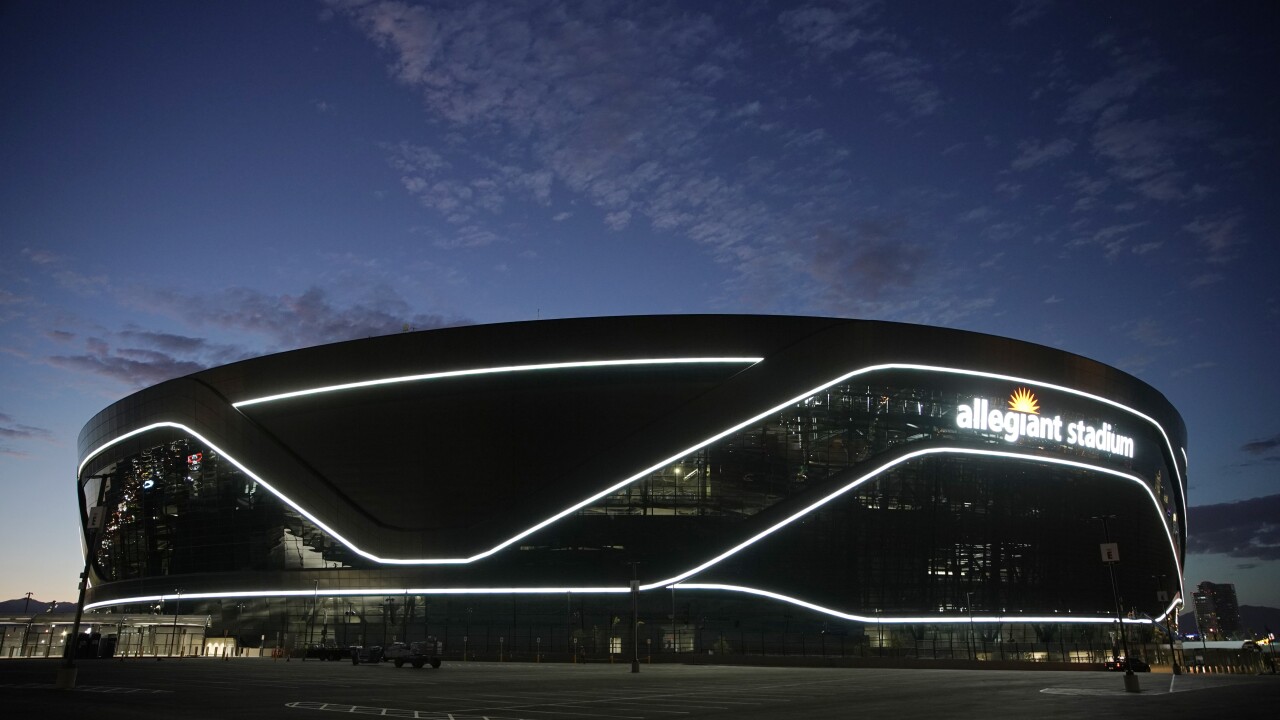 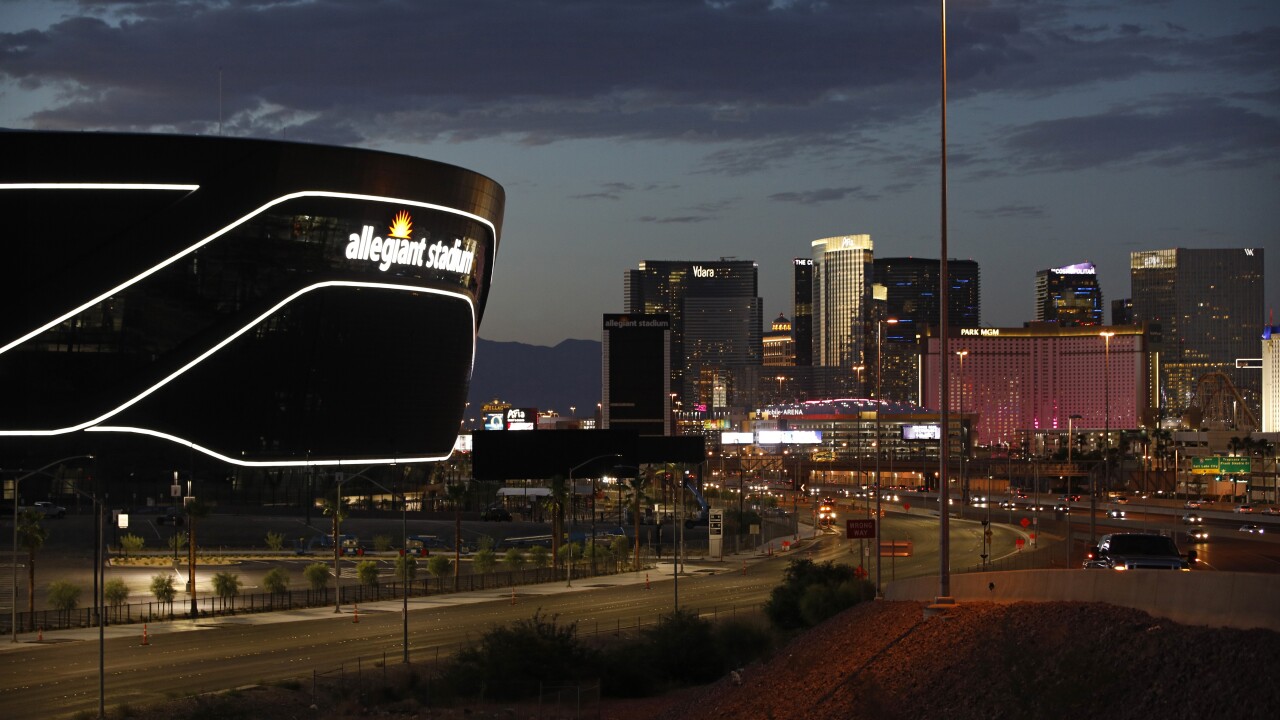 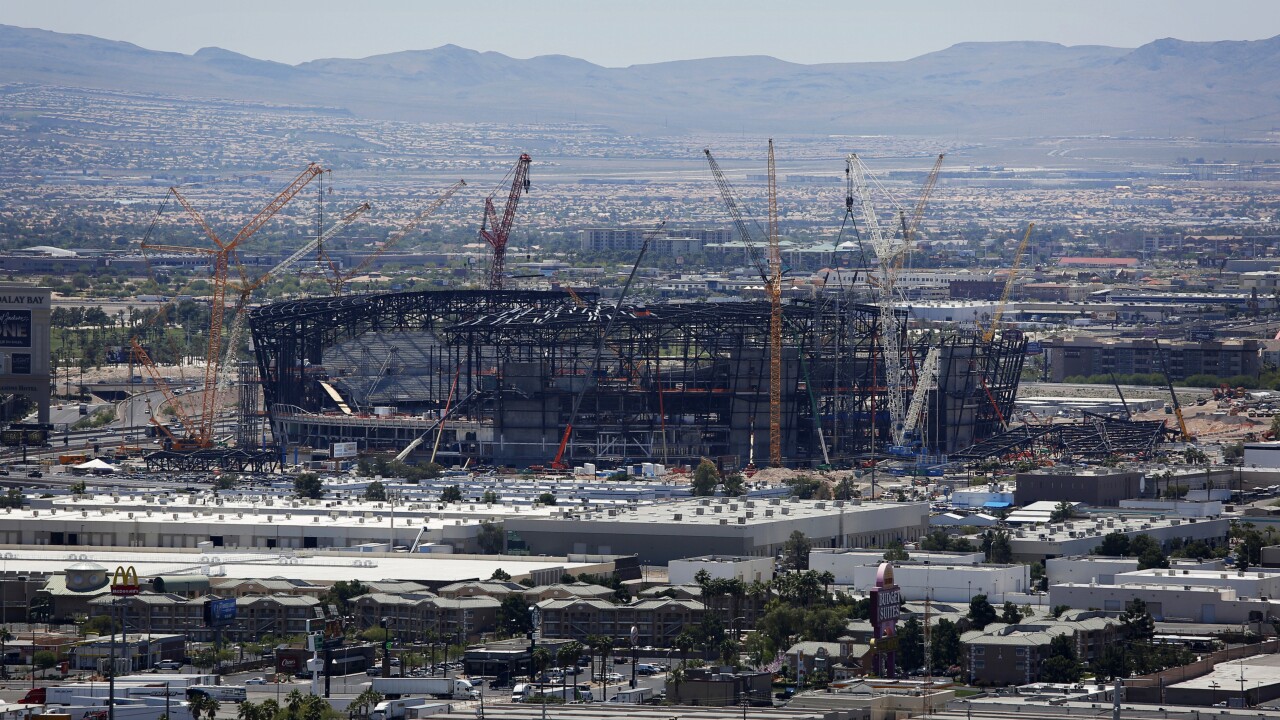 KANSAS CITY, Kan. — There's just one team that could have a stadium known as the "Death Star."

And it's a Kansas City, Kansas, architecture firm that designed the building.

“Kansas City is a sports hub, a lot of people don’t know that," said Keith Robinson with Manica Architecture.

So it's not uncommon for a local architecture firm to be behind Allegiant Stadium – right here in the middle of Chiefs Kingdom.

“Of course, then when the LA market went to the Rams and the Chargers and Raiders were left with figuring out what to do, Vegas really stepped up,” said Senior Project Manager and Associate Vice President of HNTB, Paul Griesemer. “The state of Nevada stepped up and the Raiders made sure that we were involved as it moved forward there in Vegas.”

“Shortly thereafter they asked us to render the building with black and silver seats,” Robinson said.

Manica Architecture was the Raiders first call to design the stadium the team now calls home.

It's where they will take on the New Orleans Saints Monday night.

“On the artistic side we leaned towards the analogy of a black sports car so if you see it - it has these flowing lines,” said Robinson. “It’s a fully integrated building you don’t necessarily perceive a front and back, it feels cohesive from all angles and for us it’s humbling because I think it’s more beautiful from angles we never thought it would be.”

While Manica Architecture is responsible for conceptualizing the venue’s design, they worked with Architect of Record HNTB to help make vision reality.

The vision included making a field only like one other in the NFL.

“Mark Davis was adamant that the Raiders would be playing on natural grass,” Griesemer said. “We worked with them and worked with all the engineers and created the moving field that moves in and out of the building in one piece, sort of a 2.0 version of what the Cardinals did in Phoenix.”

Part of the great legacy of the Las Vegas Raiders is Al Davis and his approach to winning football.

“They had a torch in the stadium in Oakland that was always lit at every game in memory of Al Davis and it became such a signature part of their game day experience that it had to move with them to Las Vegas,” Griesemer said.

That 85-foot tall torch in Allegiant Stadium is now the largest 3D printed element in the world, according to Griesemer, and it was printed right here in the Metro at Dimensional Innovations.

“I have a lot of friends here in Kansas City who clearly have an opinion about the Raiders," Robinson said, while hinting at the rivalry between the Raiders and Chiefs.

He says even they are excited to see the stadium in person "because it’s one thing to see it in a picture and it’s sort of jaw-dropping in that respect but once you feel it in person it’s hard to describe.”