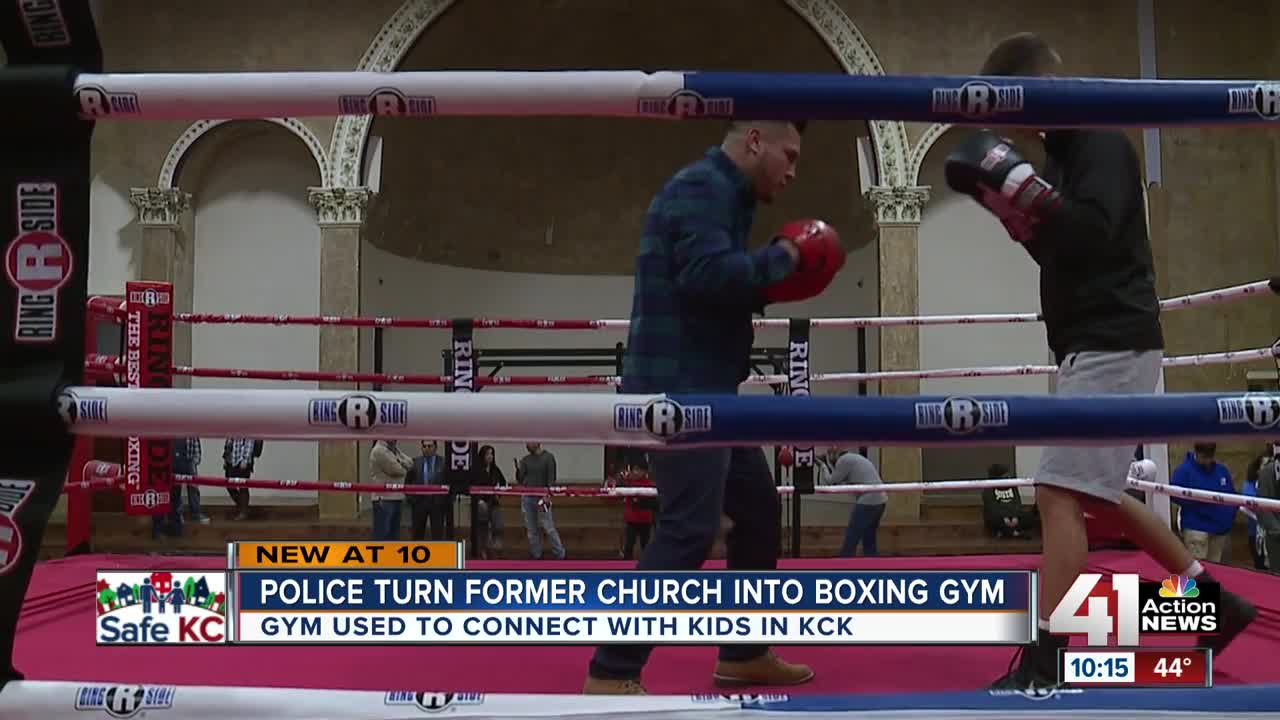 KCKPD turned a 129 year old church into its brand-new Police Athletic League, where they hope to build relationships with kids. 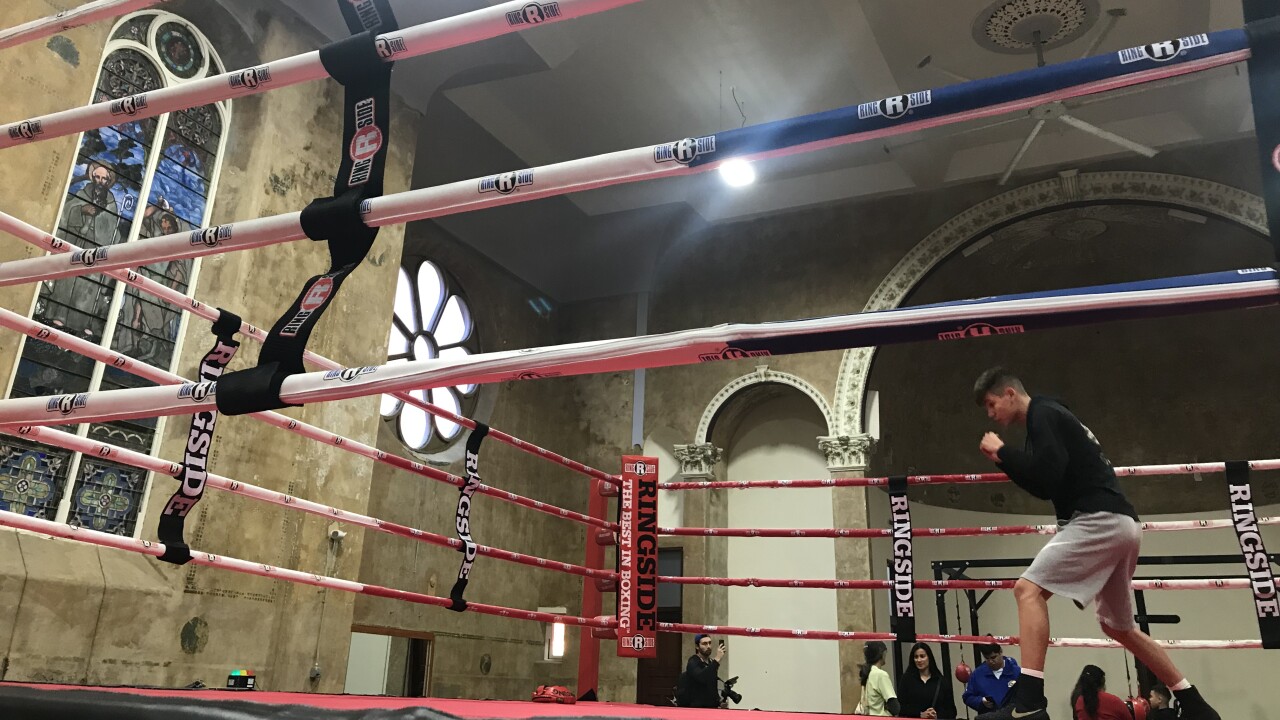 KANSAS CITY, Kan. — Instead of a priest in the pulpit, it'll be police officers teaching power punches at the old St. Mary's Church at 5th and Ann on Strawberry Hill.

They're hoping the boxing ring inside the 129-year-old church will be a place of refuge.

"You go to church and get that positive experience and mentoring and direction for sure. And you're going to get the same thing here," said Matt Tomasic, the PAL's executive director.

Kids up through high school age can participate in the boxing program after school.

"This is, at its core, relationships. It's police interacting with kids," said Tomasic.

They'll teach the kids how to take those punches and apply the same strength in life.

"Boxing has just kind of kept me off the streets ever since I was a kid," said 21-year-old Jose Macias.

Macias grew up in KCK and knows what many kids go through. He says point-blank if he hadn't been introduced to boxing at the age of 10, he'd be in jail or dead right now.

The gym became a second home. He trains under former professional boxer Gerardo "Lalo" Robles, also from KCK. The PAL brought in Robles to be the full-time coach at the gym alongside other police officers.

Officer Rodney Ashley will take the position as assistant coach, although he doesn't have any boxing experience.

"It's going to be exciting because we're going to have kids come through with no experience, too. Me not having experience, we'll kind of work through it and together build a good bond," Ashley said.

Ashley joined the force in 2010 as a patrolman. He said many times the calls officers respond to are not positive, therefore kids don't have a positive image of police in their minds.

"I think with the relationships that we build here, maybe we'll change some lives, open up some doors for some of the youth," said Ashley.

All the programs at the PAL are free. Tomasic said they'll make the choir loft into the computer lab so kids can do homework after school. They'll have designated homework time, then physical activity time. The kids will be encouraged to keep up their grades in order to participate. It doesn't matter if a kid has no knowledge of boxing; they'll learn the sport while maybe even making friends with a police officer.

St. Mary's was the first church in Wyandotte County. It was first started in 1856 at a location a few blocks over. Then in 1890, the current structure was built after patrons raised enough money. The church closed in the mid-80s, served as a food kitchen for 10 years, then a warehouse, then sat vacant ever since.

Officer Tom Tomasic, Matt Tomasic's cousin, said they chose the location for the PAL because it's an important part of the community and situated right in the middle.

"It's a low-income area, really not a lot to do. The houses are tight, the streets are packed, so you don't see a lot of kids out playing. So even kids just coming in wanting to learn how to box, how to dance, who just want to come up and say, 'Hey, it's something for the kids in this area to do,'" said Tom.

Months of time and effort went into renovating the building, symbolic of the effort it takes to raise children who feel supported.

"The stained glass has been here for a hundred-plus years and really not much of it has been vandalized, so it does show that people still have a, I don't want to say 'fear,' but they definitely have respect for church whether it's your religion or not," said Tom.

Local artist Vania Soto dedicated her time to painting two of the church's large rose windows. One is complete; the other will be done in time for the PAL's grand opening in February. They depict images of the Virgin Mary. The finished window depicts the Virgin of Guadalupe, an important symbol in the Hispanic community, which is a dominant demographic in KCK. The other will depict Our Lady of Medjugorje, symbolic of the large Croatian immigrant population that settled into Strawberry Hill in the 19th century.

More than 50 kids signed up for the program on Monday night. Tomasic says that's a good indicator that people are excited about this.

"When people spend time together then barriers come down and problems get solved. And truly, the only way we're going to turn this mess around is with relationships, one-on-one," said Tomasic.

More than 700 PALs operate throughout the country.

The grand opening and ribbon cutting for the KCK PAL will be February 7.