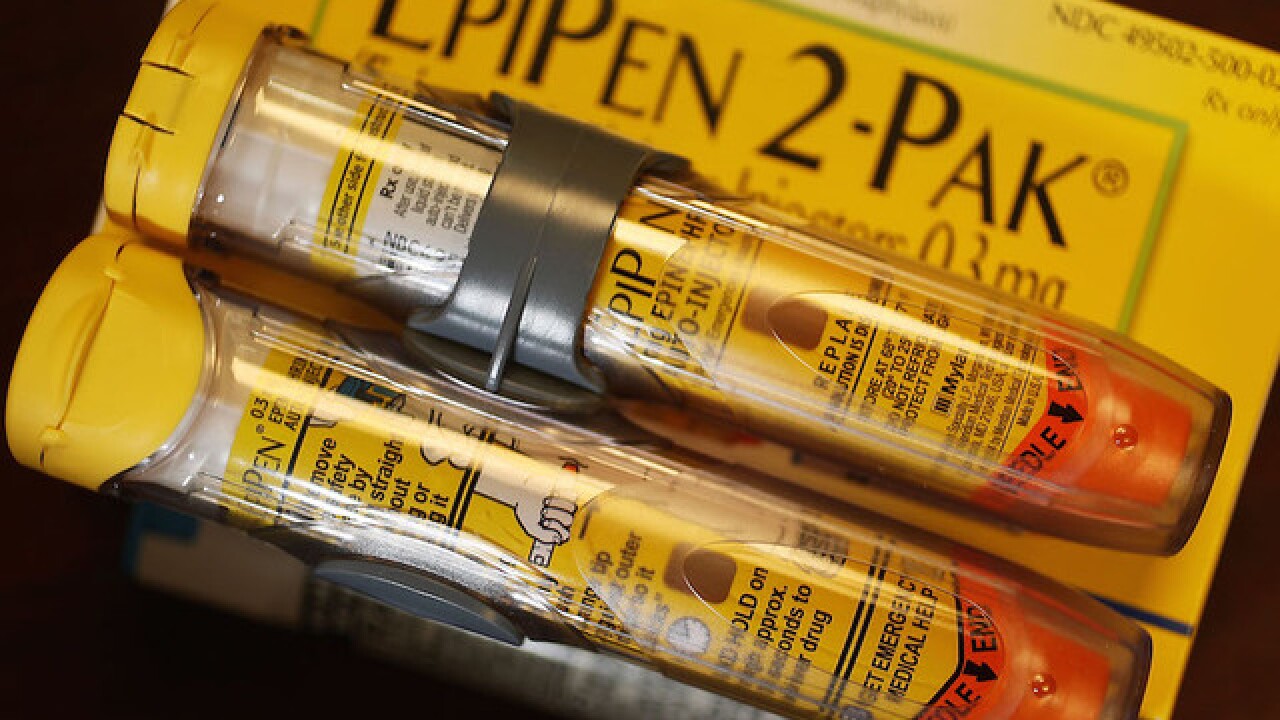 Copyright Getty Images
Joe Raedle
<p>In this photo illustration, EpiPen, which dispenses epinephrine through an injection mechanism for people with severe allergies, is seen as the company that makes it Mylan Inc. has come under fire from consumers and lawmakers for the price that it is currently charging on August 16, 2016 in Hollywood, Florida. Reports indicate that the cost of a pair of EpiPens has risen 400 percent from when the Mylan acquired the original company in 2007. (Photo Illustration by Joe Raedle/Getty Images)</p>

KANSAS CITY, Mo. — Millions of people are now allowed to join a class action lawsuit regarding the higher price of EpiPens.

A U.S. District Judge in Kansas City, Kansas, moved the federal racketeering lawsuit forward. It allows anyone in the United States who paid for or provided reimbursement for EpiPens since Aug. 24, 2011, to join.

Customers can also take part in the state antitrust damages class action lawsuit if they purchased EpiPens since Jan. 28, 2013. That lawsuit includes Kansas, not Missouri.

The EpiPen is used as an emergency treatment for severe allergic reactions.

The criticism led to the CEO of the company being forced to answer questions before a congressional panel about the price hike.

Back in 2018, the U.S. Food and Drug Administration approved the first generic competitor to the EpiPen to help give consumers a cheaper option.

The generic version will cost you around $300.