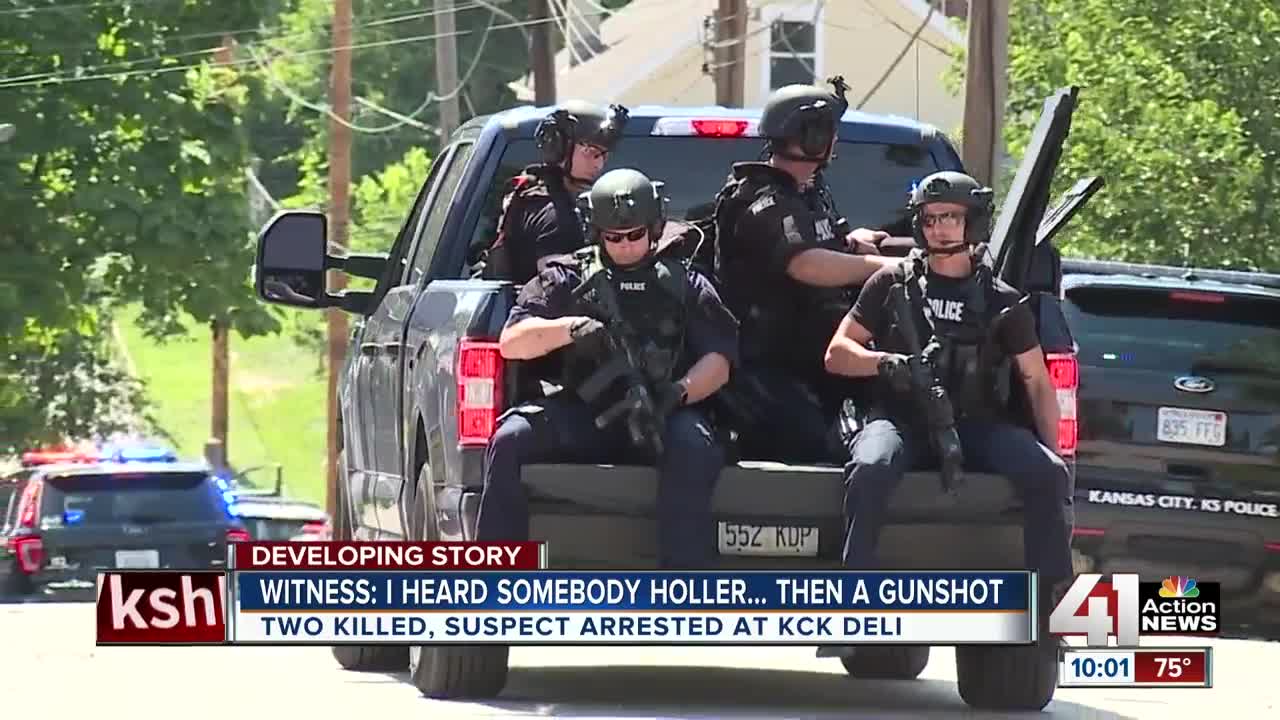 Kansas City, Kansas, police are on the scene of an officer involved shooting at 81 North Mill Street. Two people were killed and one suspect was taken into a custody after a standoff. No officers were injured. 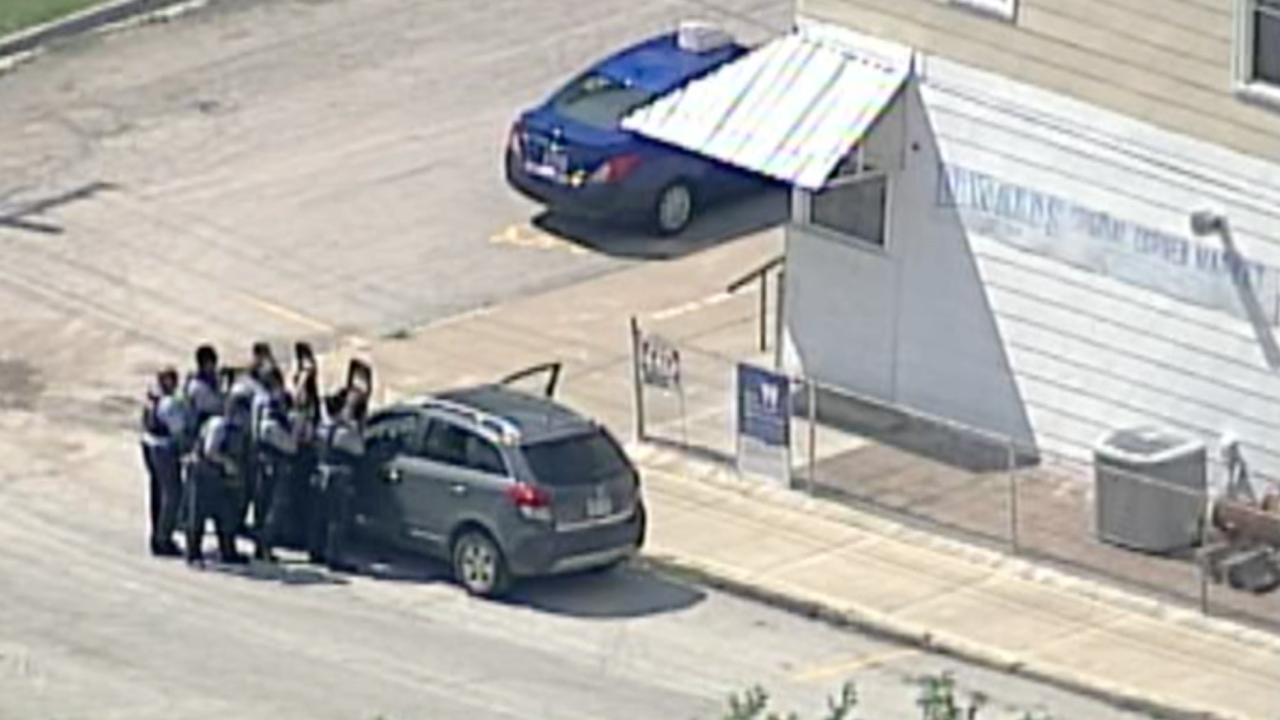 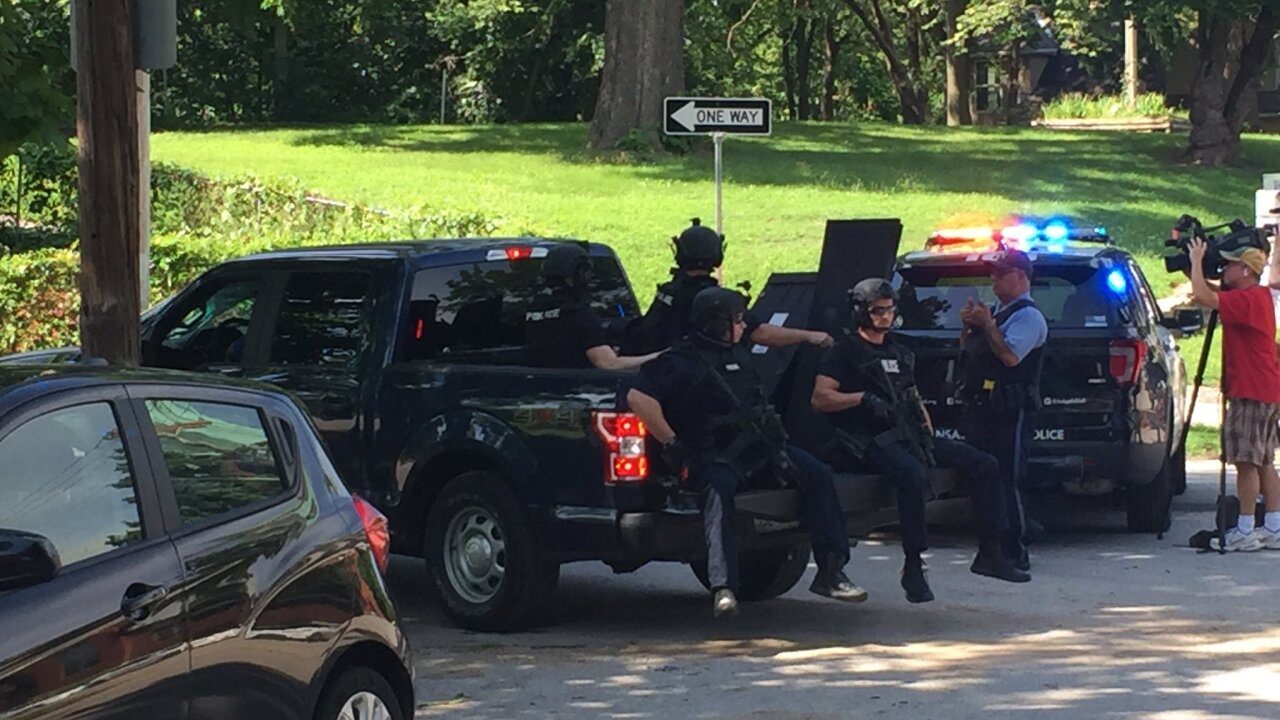 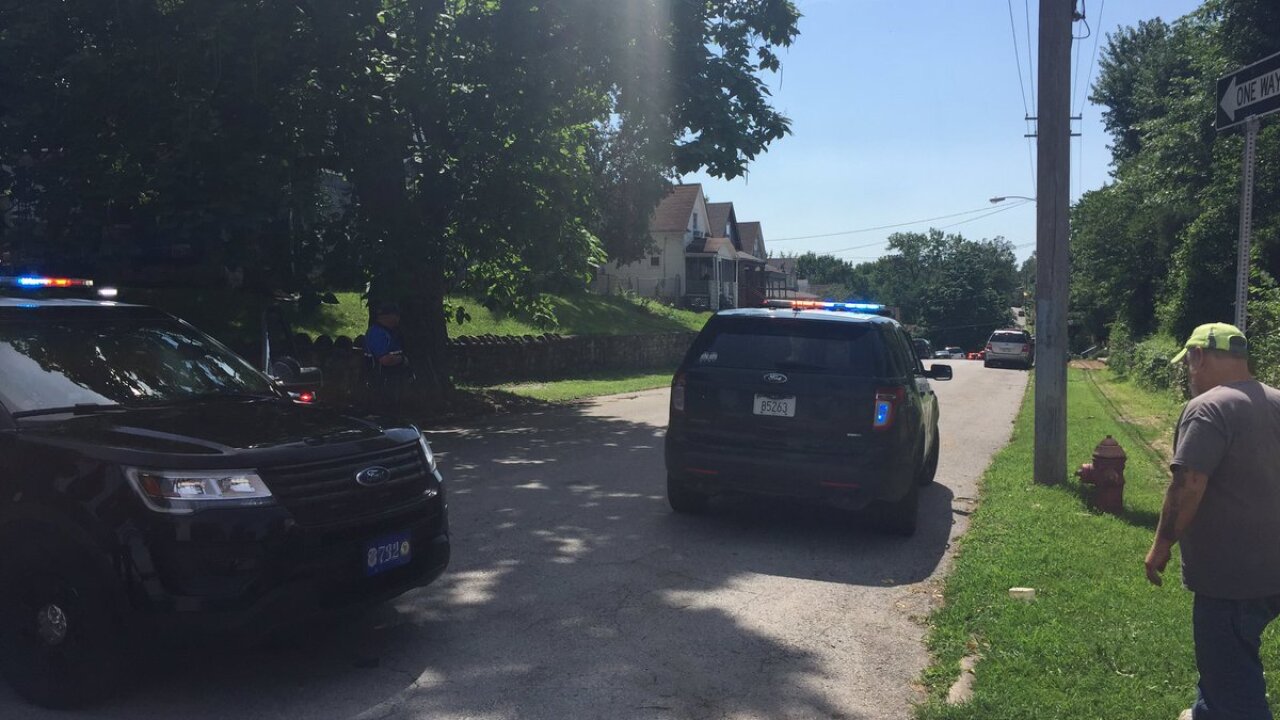 KANSAS CITY, Mo. — Two people are dead, including the owner of a neighborhood deli, after an officer-involved shooting at 81 North Mill Street in Kansas City, Kansas.

KCK Police Public Information Officer Jonathon Westbrook confirmed that officers initially were called to an armed disturbance in the area, which involved at least two individuals.

Arriving officers who entered Edwards Original Corner Market and Deli located a female shooting victim inside. She has been identified by family as Lachell Day.

The suspected shooter was also still in the market, which is in a building that includes a second-floor residence.

"As they made entry, the suspect appeared and pointed a handgun at officers," according to a release from KCKPD. "Officers fired at the suspect and withdrew from the market to seek cover."

After making contact with the suspect and exchanging gunfire, officers withdrew from the building and set up a tactical perimeter, Westbook said.

Mary Hoover, who was visiting family nearby, told 41 Action News she heard several gun shots around the time of the incident.

“It’s scary especially when it hits so close to home,” she said. “I heard somebody holler. I turned to look and I didn’t see anybody, then I heard a gunshot. Then, I heard another holler and another gunshot.”

After hearing details of the crime, Hoover said she was heartbroken for the families of the two victims.

“It makes your heart drop, because you feel for the other people,” she said. “For someone to be able to take another life like that is not fair.”

“It scares you,” Hubert Brown said. “I’ve been in that deli. It’s just down the street. You see a lot of people walking to it.”

Hoover added, “I know the owner personally. It’s kind of rough, because I just went in and talked to him this morning.”

KCK police do not know if the shooting suspect was injured before officers arrived or was injured during an exchange of gunfire with police. It's also unclear who shot the victims, but no KCKPD officers were injured, Westbrook said.

The second deceased victim was found after officers cleared the market.

That victim was identified as Dennis Edwards. His sister confirmed that her brother, who owned Edwards Original Corner Market and Deli, had been killed to 41 Action News.

Police said Thursday afternoon that the woman had not, in fact, died because a faint pulse was detected after the suspect surrendered. But the family announced Thursday evening at a vigil that Day was no longer on life support and had died.

Family of Lachelle Day say she was taken off life support earlier today. Family and friends just released balloons in her honor here at the vigil in KCK. @41actionnews pic.twitter.com/KnCApJmNVa

“I don’t know if it’s two (shooting victims) that were there for the purpose of shopping, that actually resided there — I don’t know,” Westbrook said. “But I do know that we have two fatalities at this point.”

Negotiators eventually convinced the suspect to surrender after nearly two hours without further incident. The suspect was taken into custody with a gunshot wound and transported to a local hospital for treatment.

Day's family said the suspect was someone she had been dating on-and-off for about three months.

KCKPD Police Chief Terry Zeigler, who announced his retirement shortly before the shooting incident erupted, said in a Twitter video shortly before 3:30 p.m. that a subject fired at officers and officers returned fire.

Zeigler later confirmed that two people were dead and the suspect was in custody shortly after 5:15 p.m.

UPDATE: 81 N Mill - Suspect is in custody & has been shot. Also being told we have 2 people dead inside. Still working thru this horrific event!

Police were conducting a final sweep of the market and the residence located above the market, clearing the rooms and checking for other possible victims or suspects.

“We will be going through every room tactically, making sure we’re good to go before we break down,” Westbrook said.

KCKPD blocked several streets in the area, including Lyon Avenue and Reynolds Avenue along Broadview Avenue.

Armored personnel and other specialized response units, including the SWAT team, also responded to the scene.

SWAT truck just showed up at scene of officer-involved shooting here in KCK. No reports of officers injured but @KCKPDHQ still trying to get suspect. @41actionnews pic.twitter.com/8YRHVqUH2L