KCMO looks to hire dozens ahead of expanded trash pickup 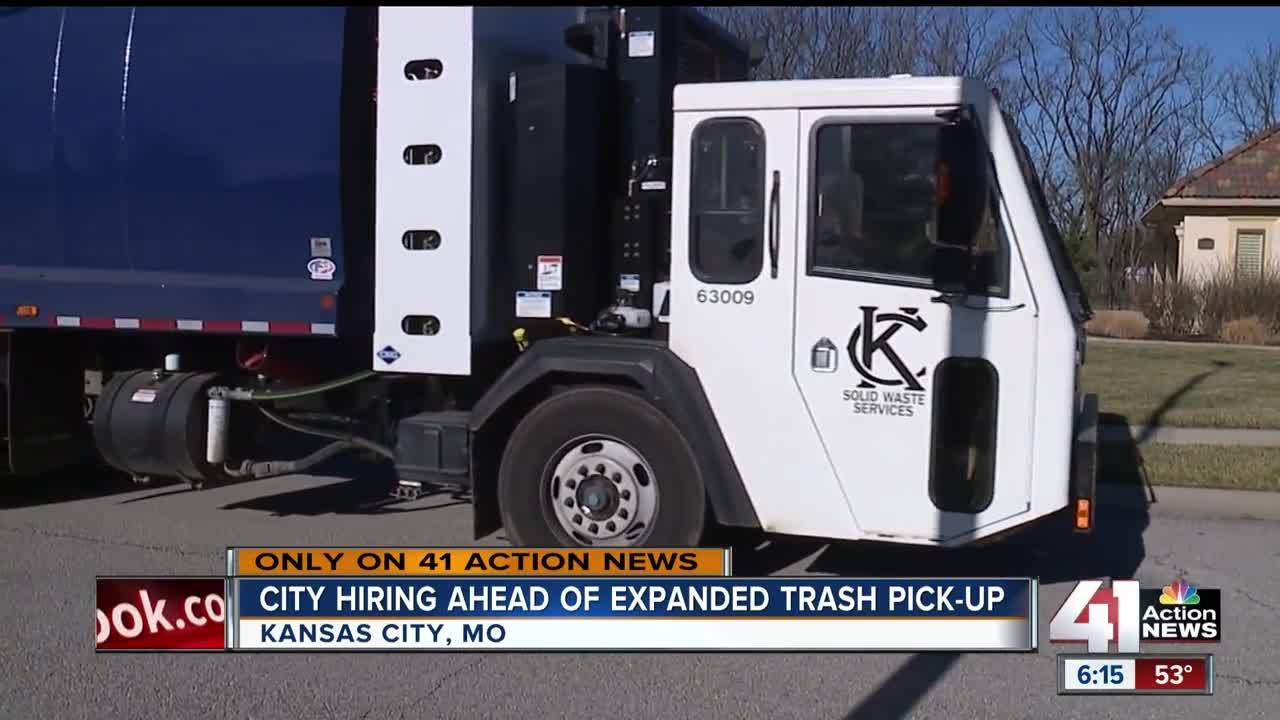 The Kansas City, Missouri, Solid Waste Division will soon expand trash pickup to all parts of the city. The department hopes to hire nearly 70 workers and will add 24 trucks to the new routes, which start on March 1. 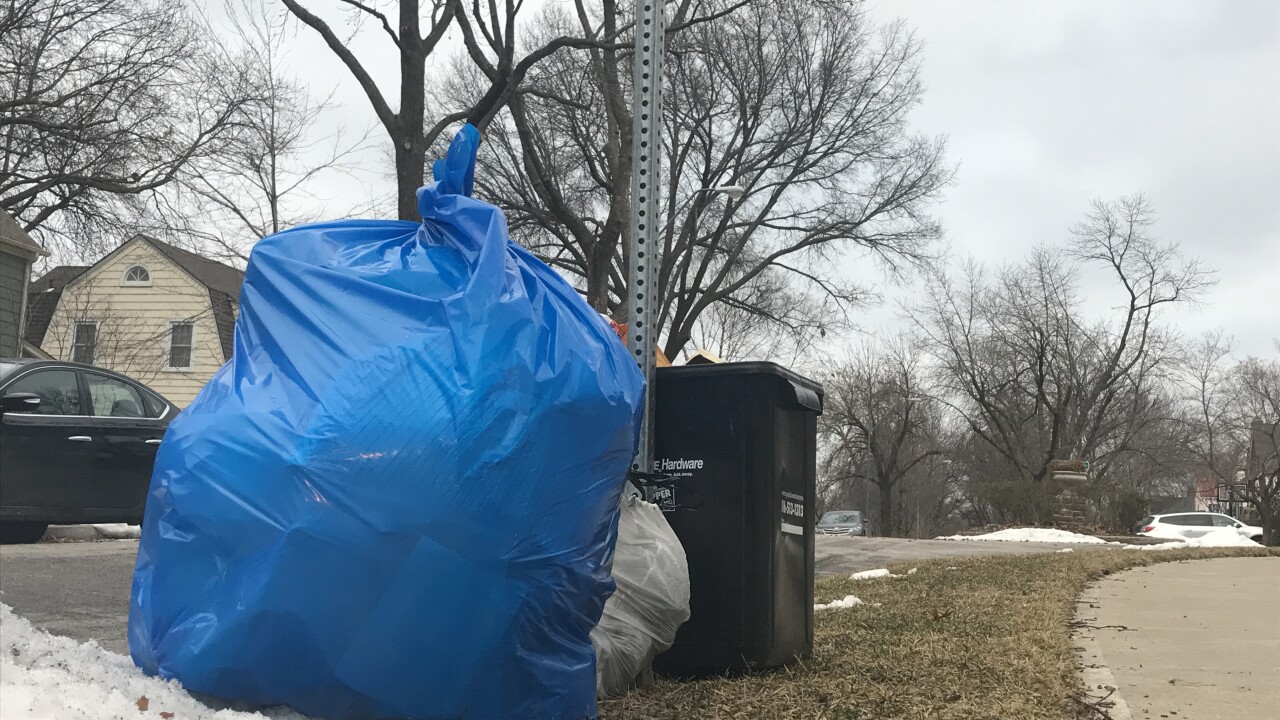 Earlier this year, the city decided to stop using private contractors, which were used for trash service in some parts of the city, due to cost and delayed pick-up. Many residents, including those in Kansas City's Northland, have been frustrated by residential trash collection.

"We had some challenges with providing on-time and on-task service delivery in the north and south zones," said Michael Shaw, assistant to the director for Public Works.

The Solid Waste Division will now add the south and north parts of the city to its routes. Workers already pick up trash in the central part of Kansas City.

According to Shaw, the city will invest $7 million to $8 million to expand trash collection. It hopes to hire nearly 70 workers and will add 24 trucks to the new routes.

Training on the new routes will start on March 1, and trash will officially begin to be picked up on May 1.

Despite the initial costs, the city has estimated it will save nearly $20 million in the long term by bringing these services in-house.

One of the new city employees hired because of the expanded service is Ryan Clevenger, who drives a truck to pick up trash and recycling.

Clevenger said neighbors in the Northland are already happy with the slow addition to the pick-up service.

"We have had some compliments. We have had people come out and they will say they are excited we are on time regularly now," Clevenger said.

The new driver said there was one factor that really attracted him to the job.

"There is a pension. A retirement pension," Clevenger said. "There are not a lot of places that have that anymore, so that's a big thing."

He said this job not only helps him financially, but also in another way.

"Kind of that family feel, that you work as a team," Clevenger said. "Solid Waste is always about teamwork."

There will be a job fair for other new positions from 9 a.m. to noon on Jan. 11 at the Robert J. Mohart Multipurpose Center, 3200 Wayne Ave. For more information on the jobs, click here.