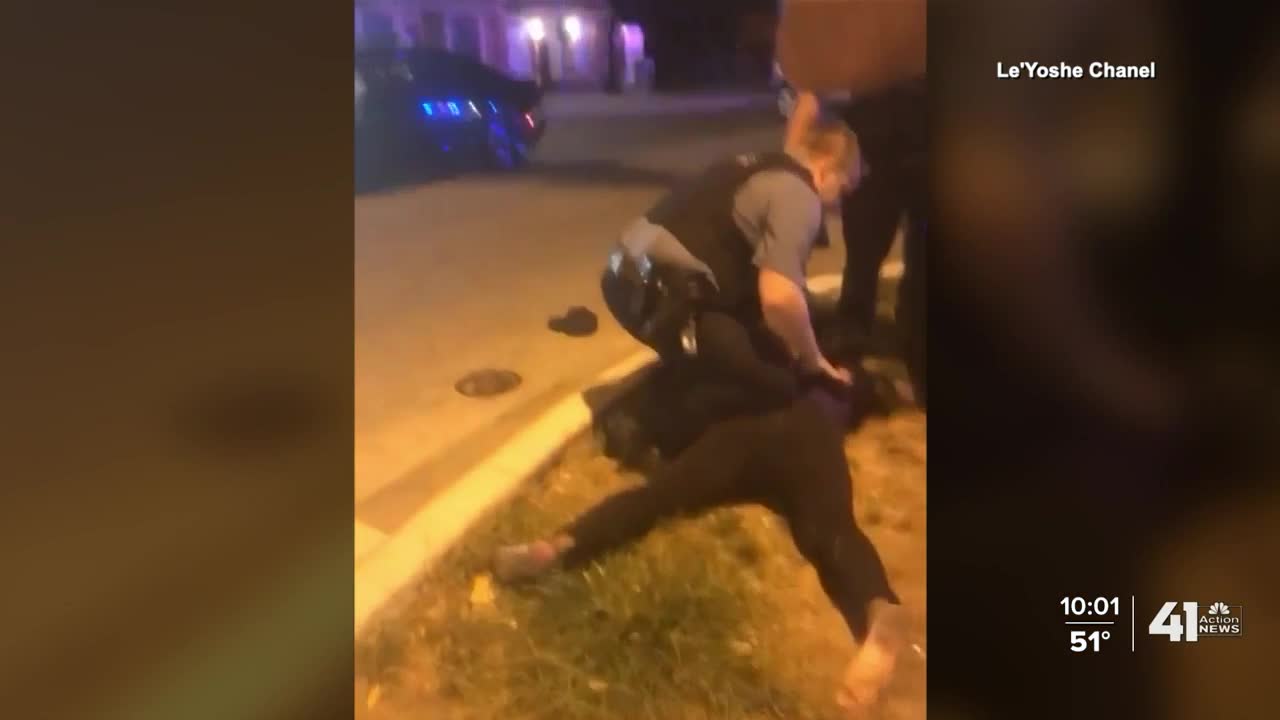 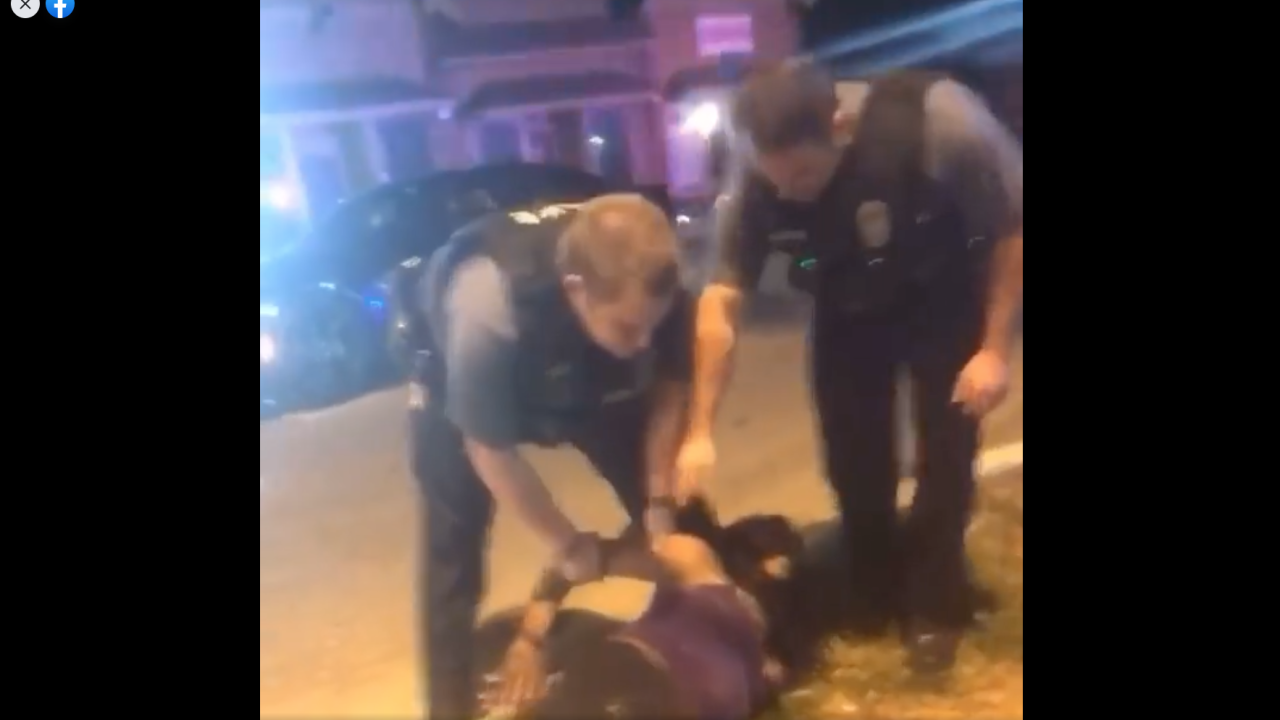 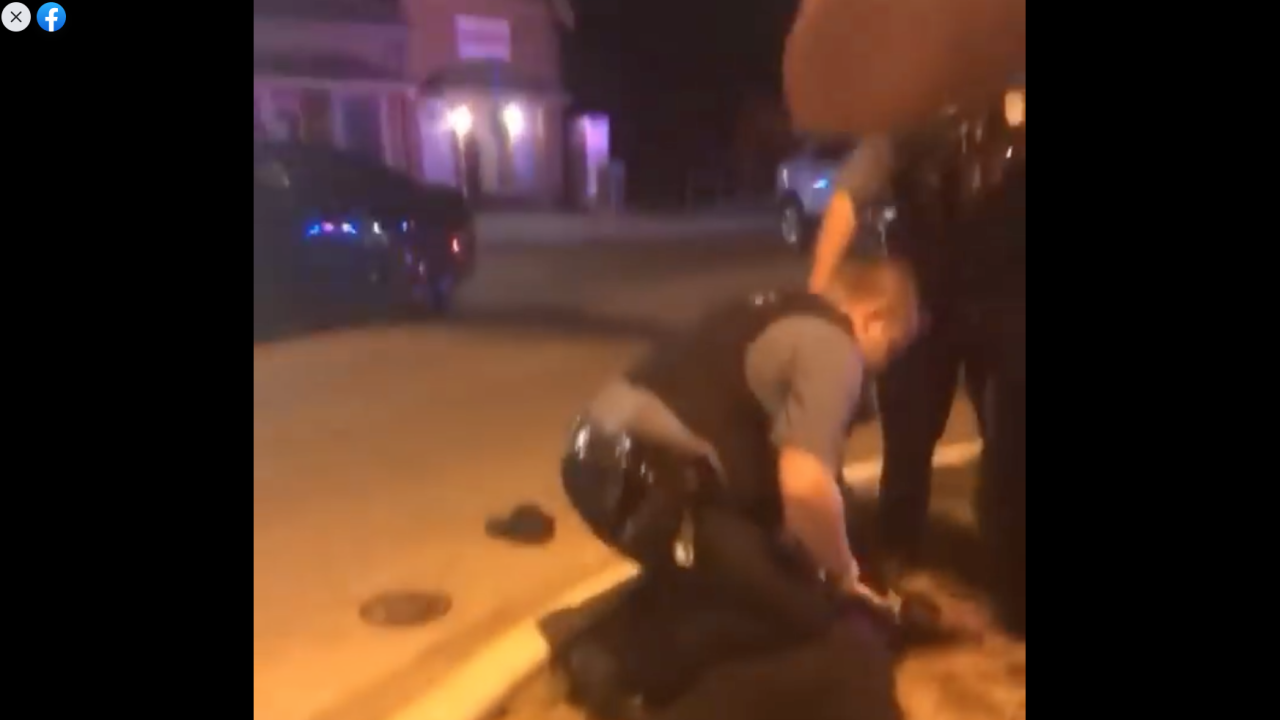 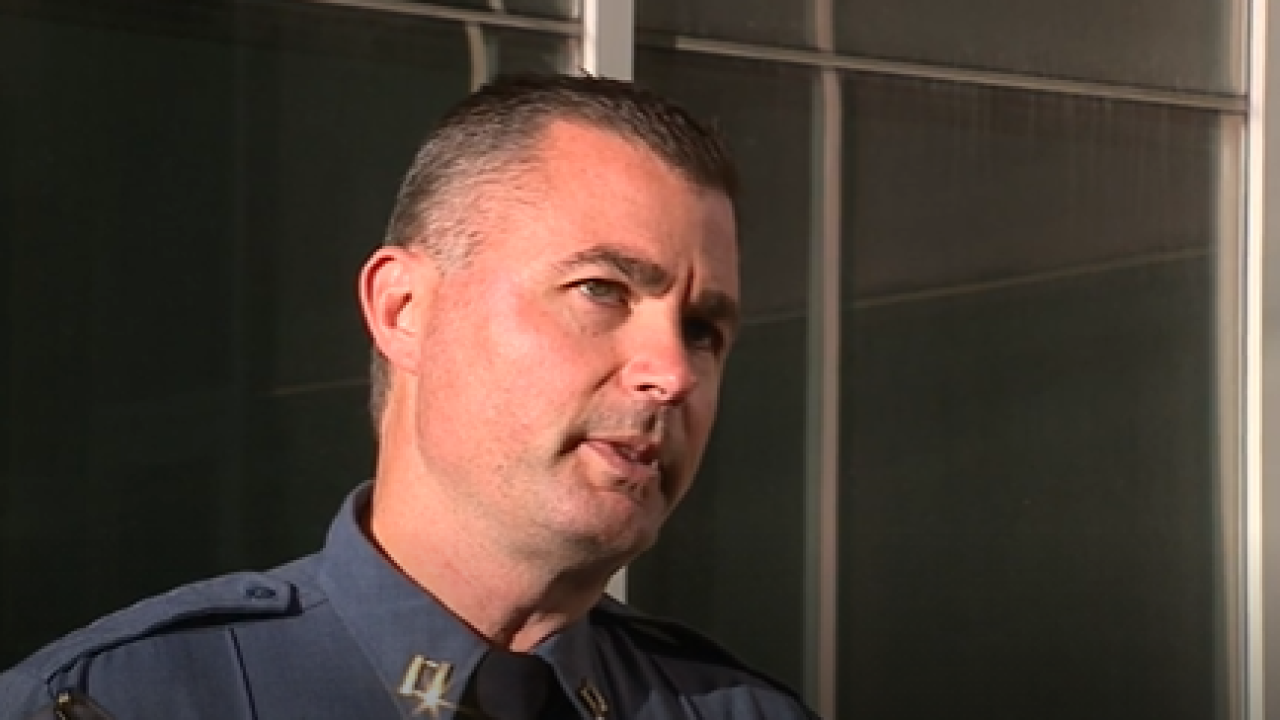 Police claim the woman was interfering with an arrest, but her attorney says officers were unhappy she was videotaping them and "calling for accountability from the officer" during a gathering for a balloon release.

KCPD Captain Dave Jackson said officers were called to a business in that area shortly before 11 p.m. Wednesday night after a security officer reported about 15 to 20 people fighting on the property.

The property owner asked police to remove anyone who wasn't buying anything from the business.

"One of the men on scene physically interfered with the investigation and refused to leave," Jackson said. "When officers attempted to arrest the man, the crowd physically prevented the officer from arresting the man."

The unidentified man took off running and tripped shortly after officers attempted to take him into custody.

KCPD officers caught up with him and again tried to take him into custody. That's when the pregnant woman tried to pull the man away from the officers, according to Jackson.

Police said the woman was given repeated warnings to leave and was only arrested after she refused. She resisted the arresting officer's attempts to place her in handcuffs while standings, which is why she was taken to the ground.

She was turned on her side and allowed to sit up after being cuffed, according to KCPD. The video appears to corroborate that claim, but also shows the officer placing his knee in the back of the pregnant woman as she was face down on the ground.

Stacy Shaw, a local attorney who is representing the woman in the video, said KCPD's version of events is not an accurate description of what happened.

Shaw said the people at the scene were there to attend a balloon release: "The police came and tackled a man in front of her. She was videotaping, calling for accountability from the officer as were other people that were at the balloon release. She was arrested because she was videotaping, that's what her mother and her said to me, moments before I got on these steps."

Shaw said the woman, who was examined and released from a local hospital and was not detained any longer, confirmed that she and her unborn child did not suffer any serious injuries, but she also believes the arresting officer used excessive force.

"Why was it necessary to handcuff and to put a knee on pregnant woman's back when she is nine months pregnant?" Shaw said.

Jackson said the officer who arrested the woman "stated he took care not to apply pressure with his legs."

The man who attempted to flee from police was arrested after being treated and released from a local hospital.