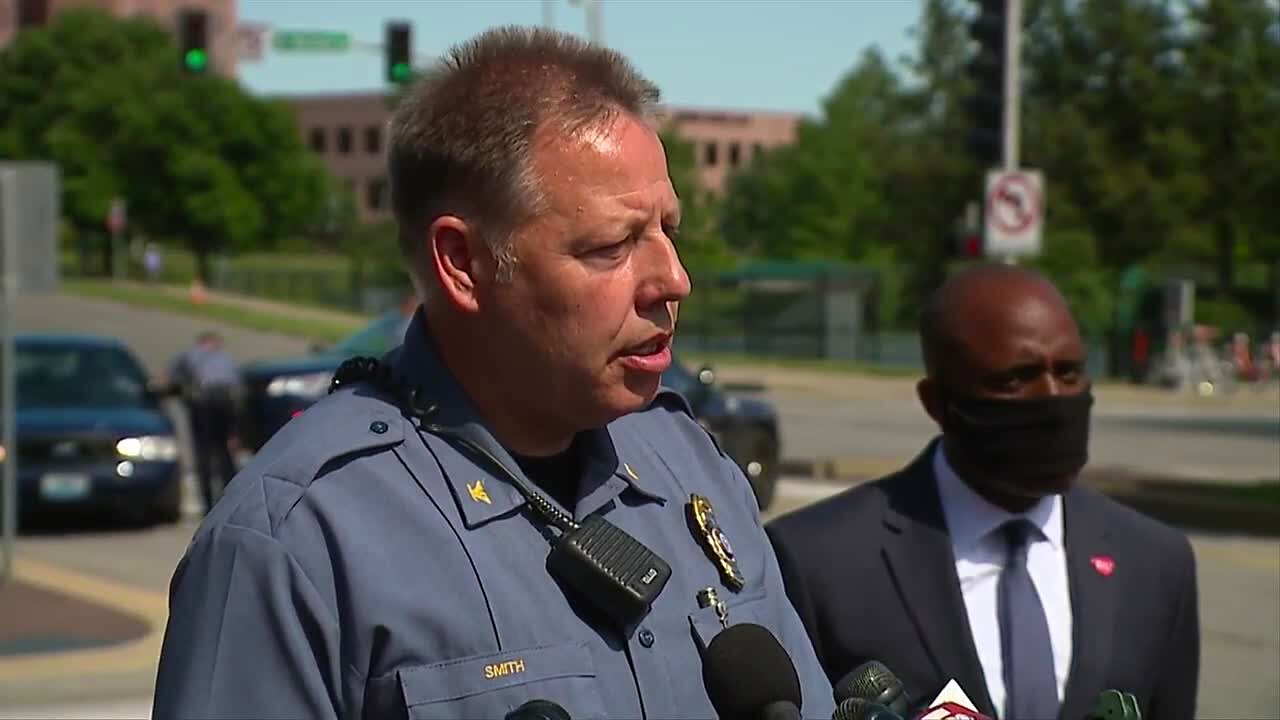 KSHB-TV
After a weekend of protests on the Country Club Plaza, Kansas City, Mayor Quinton Lucas said he does not plan a curfew Monday night.

KANSAS CITY, Mo. — After a weekend of protests on the Country Club Plaza, Kansas City, Mayor Quinton Lucas said he does not plan a curfew Monday night.

Lucas said a curfew that was in effect from 8 p.m. Sunday night through 6 a.m. Monday morning was a one-time event and believed it helped police wrap up protests Sunday night earlier than those on Saturday night.

Lucas made his remarks as part of an afternoon news conference with Kansas City, Missouri, Police Chief Rick Smith.

Smith said police arrested 151 people over the weekend, with the majority of the arrests for disorderly conduct or disobeying an order.

Twenty officers were injured from objects thrown at them throughout the weekend. Smith said two of those officers required hospitalizations.

“It’s been very intensive to have that kind of manpower here,” Smith said.

Outside jurisdictions were called in to help police during the weekend protests. Smith said that the Missouri State Highway Patrol completed its assistance Sunday night. He expects the Missouri National Guard will leave on Tuesday.