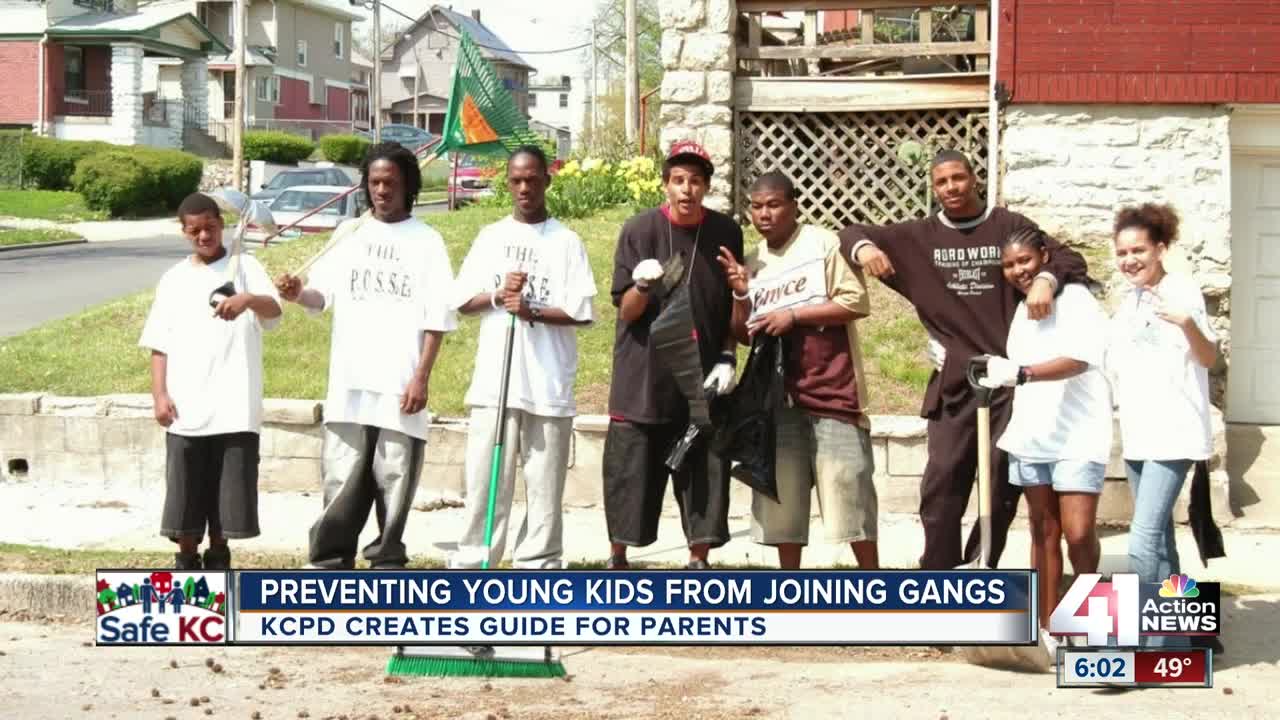 The Kansas City Police Department’s Gang Intelligence Squad has created a special guide for parents, focusing on gang recognition and prevention, as well as training.

The "Parents' Guide to Gangs" focuses on gang recognition and prevention, as well as training for Kansas City Public Schools staff, student body and parents.

A former gang member who joined when he was a teenager remembers those days very clearly.

"It started off as a rap group, and I was probably a junior in high school," Ossco Bolton told 41 Action News.

He had an optimistic mindset when he joined, but then it turned ugly.

"When you get involved in that lifestyle, the problem is your enemy usually has guns and (is) selling dope," Bolton said. "How do you keep up with an enemy like that?"

According to the FBI, there are an estimated 33,000 gangs in the United States. Many of them in Kansas City have young teens as members.

"In the past, it has been younger, even as young as fifth grade, fourth grade," Bolton said.

That's where Kansas City police have stepped in, creating a six-page guide that covers topics such as why youth join gangs, the consequences of gang involvement and how to tell if your child is involved in a gang.

Bolton, who did not work on the guide but said he recommends it for parents, said the resource includes every type of gang in the city.

The former gang member wants parents to know one thing: Do your research and have open conversations.

"Children don't look at the why, they just join. But if the parents could see the why and teach it to their children, you take it further," Bolton said. "This guide really gives you insight."

KCPD has made the guide available in three languages: English, Spanish and Vietnamese. You can find the guide online here.