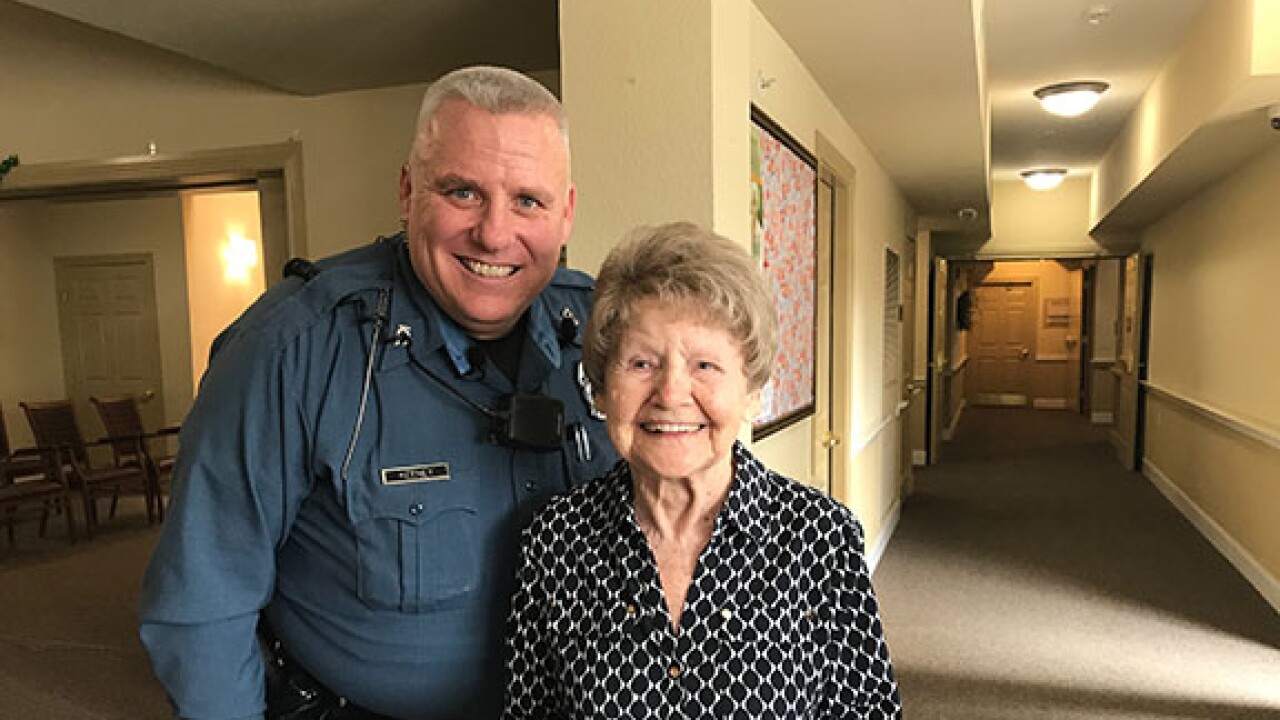 KANSAS CITY, Mo. — One elderly widow is a little bit richer thanks to the help of Kansas City, Missouri, police officers.

PropertyRoom.com works to return property recovered in criminal cases to their proper owners after the case has concluded. That was the case for 28 $100 savings bonds - issued in 1989 -recovered in a theft.

When it turned out the owner of the bonds was deceased, the company began looking for the person listed as the secondary name on the bonds: Jimmie Charlene Herbst.

After two years of attempting to locate Charlene, KCPD stepped into help.

Officer Bill Keeney dug around and found Charlene at a local assisted living facility. The bonds had been her late husband's.

When Officer Keeney discussed the bonds with Officer Erik Winter, the connection was made.

Officer Winter had befriended Charlene in 2016 when he found her alone in an uninhabitable home. She had no family in the area, so Winter took over that role for her and helped her move into the assisted living facility. They are still close four years later.

The bonds were returned to Charlene on Thursday.