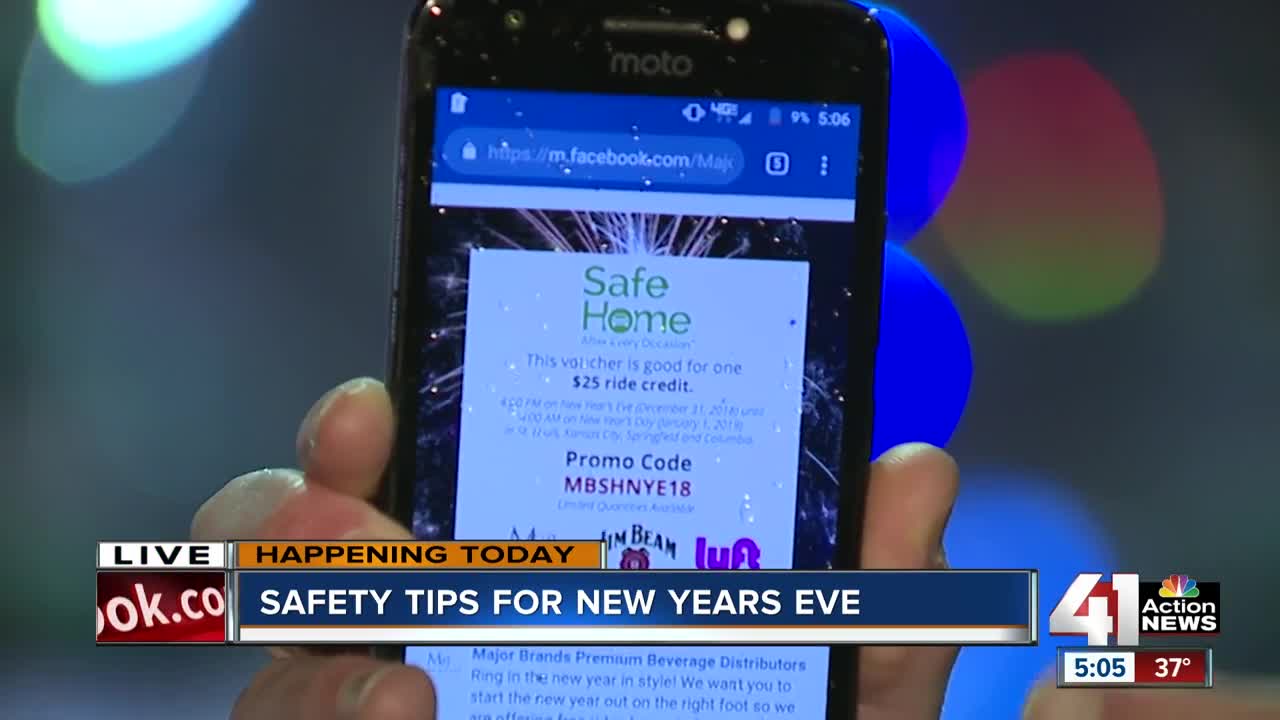 Officers with the Kansas City, Missouri, Police Department will be out in full force this week with New Year's Eve on Monday. Law enforcement wants the public to be safe, but say it's fine to have fun, too. 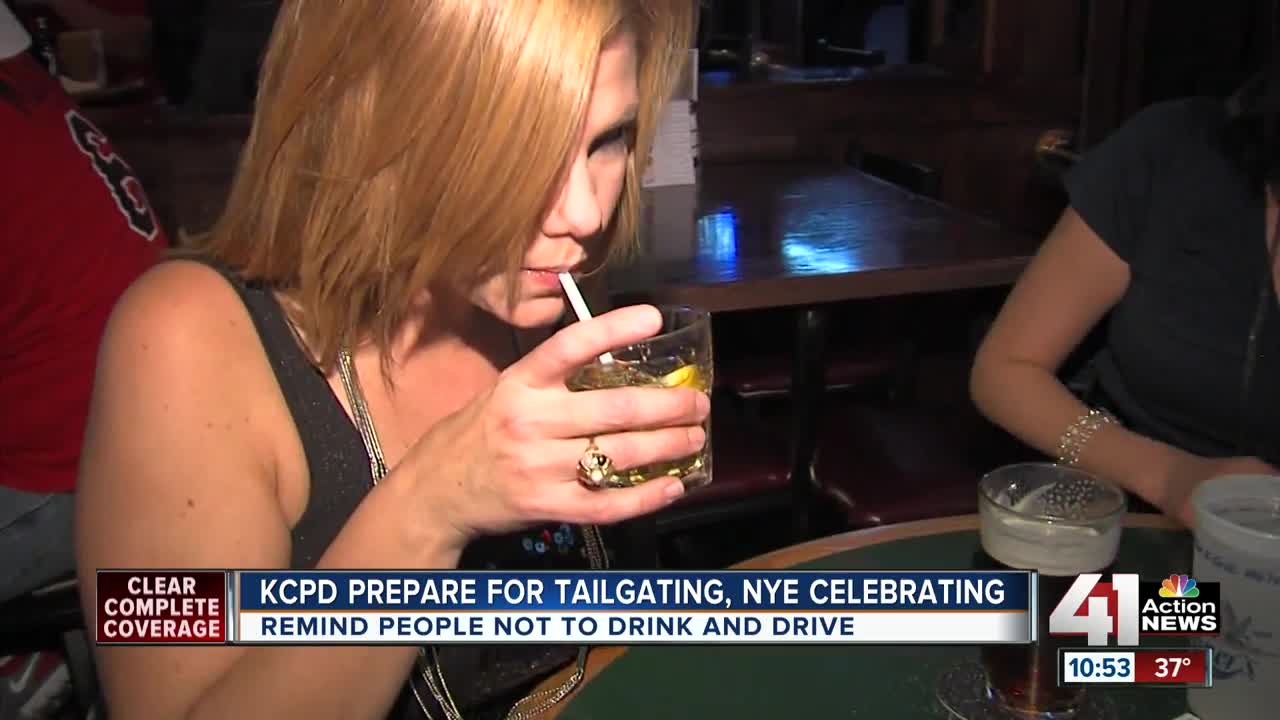 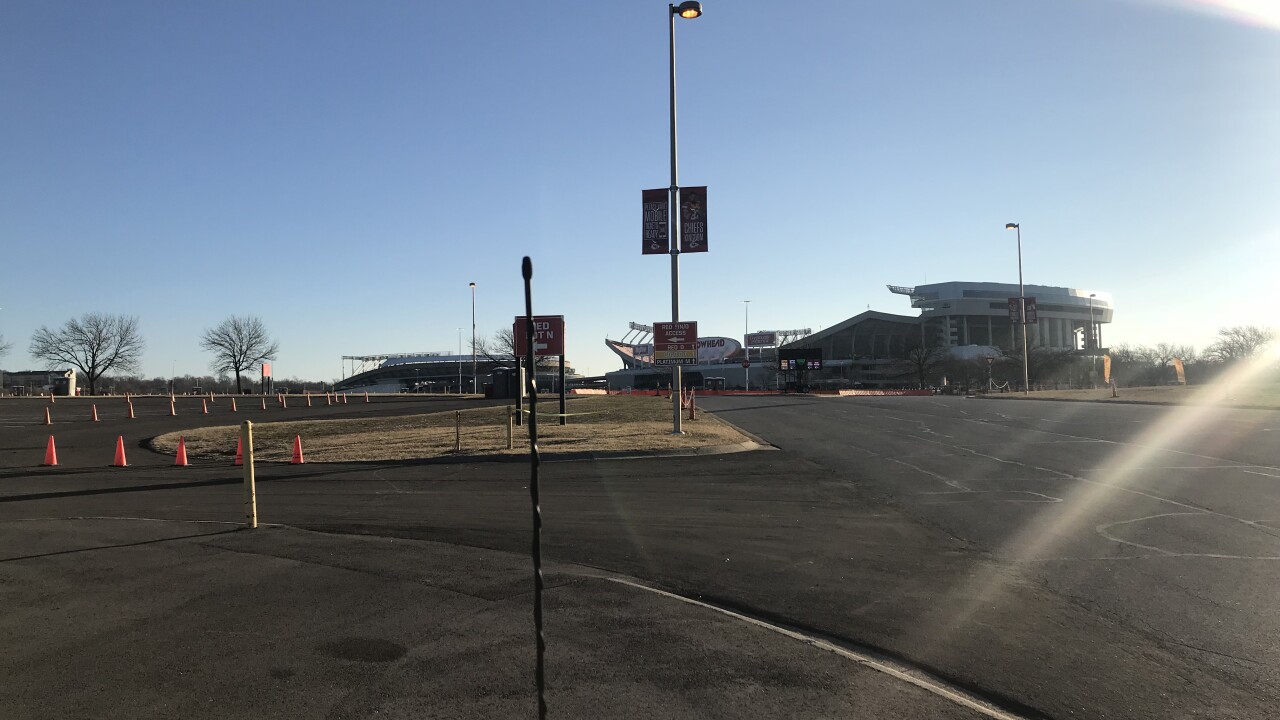 KANSAS CITY, Mo. — Officers with the Kansas City, Missouri, Police Department will be out in full force this week with a Kansas City Chiefs game on Sunday and followed by New Year's Eve on Monday.

"It will kind of be a long weekend," KCPD spokesman, Sgt. Jake Becchina, said. "We know people will be out celebrating the holiday going into Sunday and Monday and we want people to do that safely."

Drinking is a big part of both celebrations. Unfortunately, sometimes so is getting behind the wheel and driving after having too much to drink.

"Despite that, if people do choose to make that poor decision to drink too much, or drink in excess, or in an impaired state and operate a vehicle, we do have officers in our DUI squad and patrol officers as well that will be out and about all weekend," Becchina said.

Becchina stressed that KCPD's primary message is for anyone planning to drink to come up with a game plan of how to get home.

"Start early," season ticket holder Jonathan Crocker said of his approach. "Get in early before the game. Go in the game. Enjoy the game. Drink some water. Sober up."

Fellow Chiefs fan Joe Schilling said he takes a similar approach: "I have a few drinks when we first get here, but I stop and I know I will have four or five hours and will eat a few things."

Law enforcement wants the public to be safe, but it's fine to have fun, too.

"The real message that we want people to take in is, if you take the risk to enjoy alcohol during the holiday, please also make the choice to have a (designated driver) or choose a ride service and make a plan ahead of time," Becchina said.

Attorney Brandan Davies said about 60 percent of his work is DUI cases. He stressed the consequences of driving drunk. For one, you could kill someone in a crash. He knows of people who have lost their jobs because of a DUI conviction. And of course, you could end up in jail, or on probation and have to blow into an ignition interlock device to start your car.

“Even if you win your DUI case, you can lose your driver's license sometimes. That can impact your ability to have a company car, your ability to drive for your company,” Davies explained. “Or raise your insurance rates with your employer’s insurance company so high that they can no longer employ you.”

Data from New Year’s Eve 2016 shows two people died in car crashes in Kansas and eight people died on the Missouri side . Troopers want that number to be zero this year.

Major Brands Premium Beverage Distributors is offering $25 coupons for Lyft rides in Kansas City. Use the promo code MBSHNYE18 to apply the coupon.