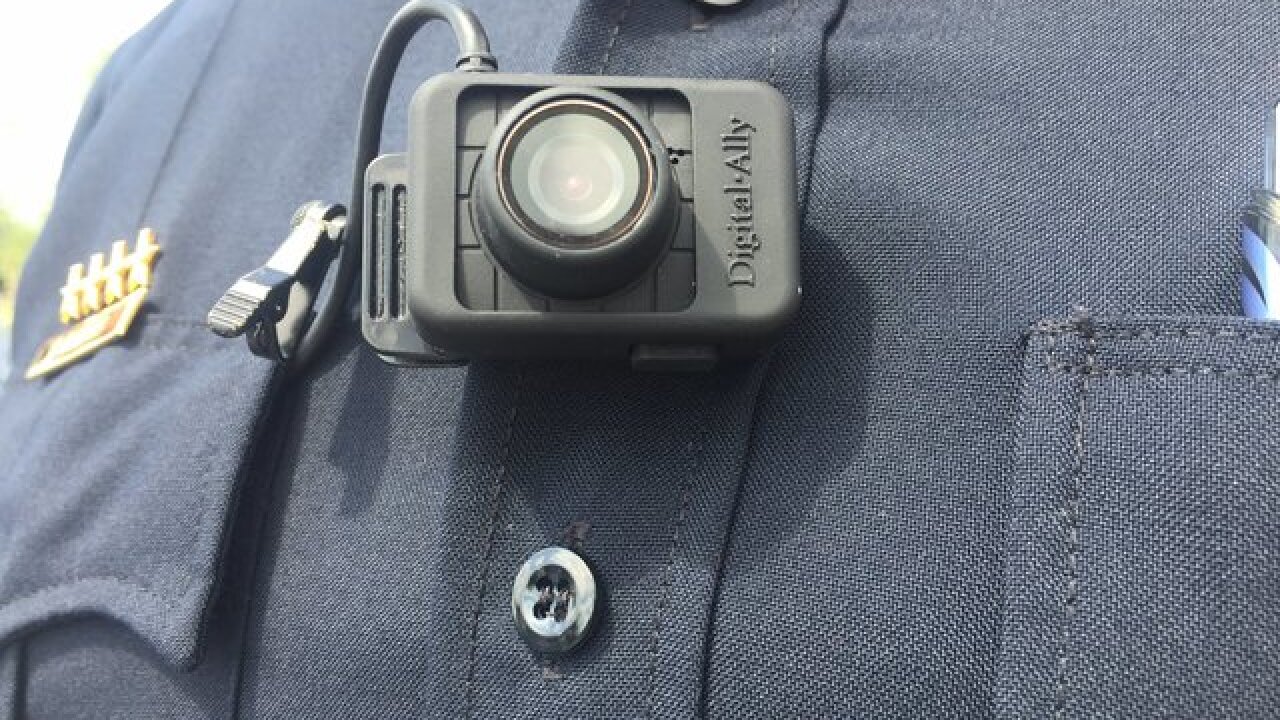 That request for bids, which is dated June 11, said the city estimates it will need as many as 340 in-car units and 1,000 body cameras.

KCPD doesn’t currently have a body-worn camera system, though the department tested 25 units in September 2016.

The department also doesn’t have money budgeted for a new system, according to Mayor Pro Tem Scott Wagner, who chairs the City Council’s finance committee.

“We always make the assumption at first we are going to have to pay for it,” Wagner said. “With that assumption in mind, we’re going to start planning.”

Wagner indicated that the city may pursue grants, but such funding isn’t guaranteed. The bid request should give the city an idea of how much such a system will cost.

It’s a process the Leawood Police Department, which serves about 34,000 residents, started four years ago.

Robbins said the city designed the Leawood Justice Center, which opened in 2013, with storage in mind, because of the capacity an integrated in-car/body-worn camera system requires.

“We’re talking terabytes,” Robbins said. “We knew we would have to have that storage.”

Cloud storage was another option considered, but concerns about security and the possibility of hacking prompted Leawood to keep the data in-house.

Leawood deletes video not associated with charges after 60 days, but can archive it longer depending on the crime and other legal requirements.

“A serious crime or rape — we would save those indefinitely,” Robbins said.

KCPD said storage costs for archiving video has been a barrier in the past.

For starters, the city is 14 times larger than Leawood and handles vastly more calls, but the department also has a two-year retention policy, according to the release.

That means a lot more storage is required. The current system uses 0.75 of an available 1.2 petabytes.

“We’ve had discussions with consolidating our IT with the police department and the city,” Wagner said.

At some point, KCPD won’t have a choice, because it’s current Coban in-vehicle systems are at the “end of life,” the request for proposals said.

“Equipment gets old and eventually has to be replaced,” Wagner said.

Editor's note: A previous version of this story stated the bid was submitted after Kansas City police officer shot and killed three people in two weeks. The bid was actually submitted before the shootings. The story has been updated.