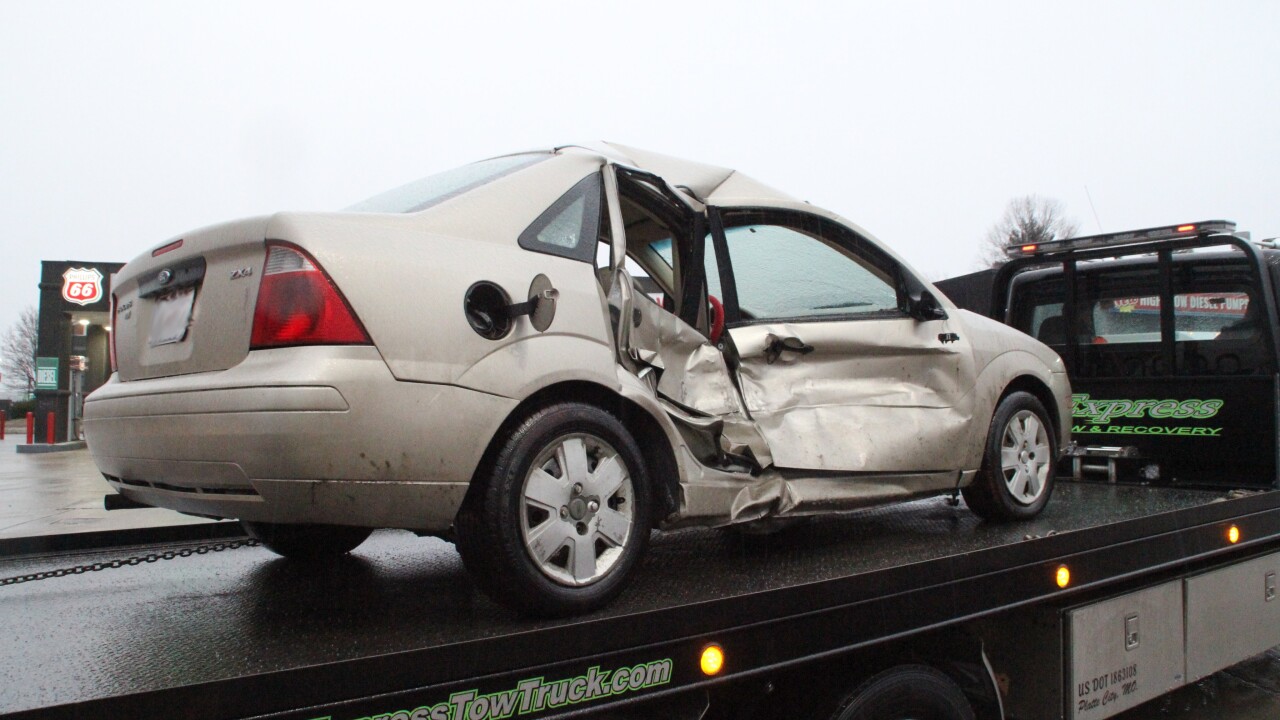 The officer responded to a crash on northbound Interstate 29 and Tiffany Springs Parkway around 6:30 a.m. The officer was parked on the shoulder and putting out flares when another vehicle lost control, slid and struck the police SUV as the officer was getting back in, police said in a tweet.

While responding to a crash on NB I-29 & Tiffany Springs Pkwy at 6:30 AM today, our officer was on the shoulder & putting out flares. Another car lost control, slid & struck the police SUV as the officer was getting back in. Minor injuries. pic.twitter.com/hToliwKtT4

Police said 63 crashes were reported in KCMO, including 35 that involved injuries, between 5 a.m. and 11:30 a.m. Friday.