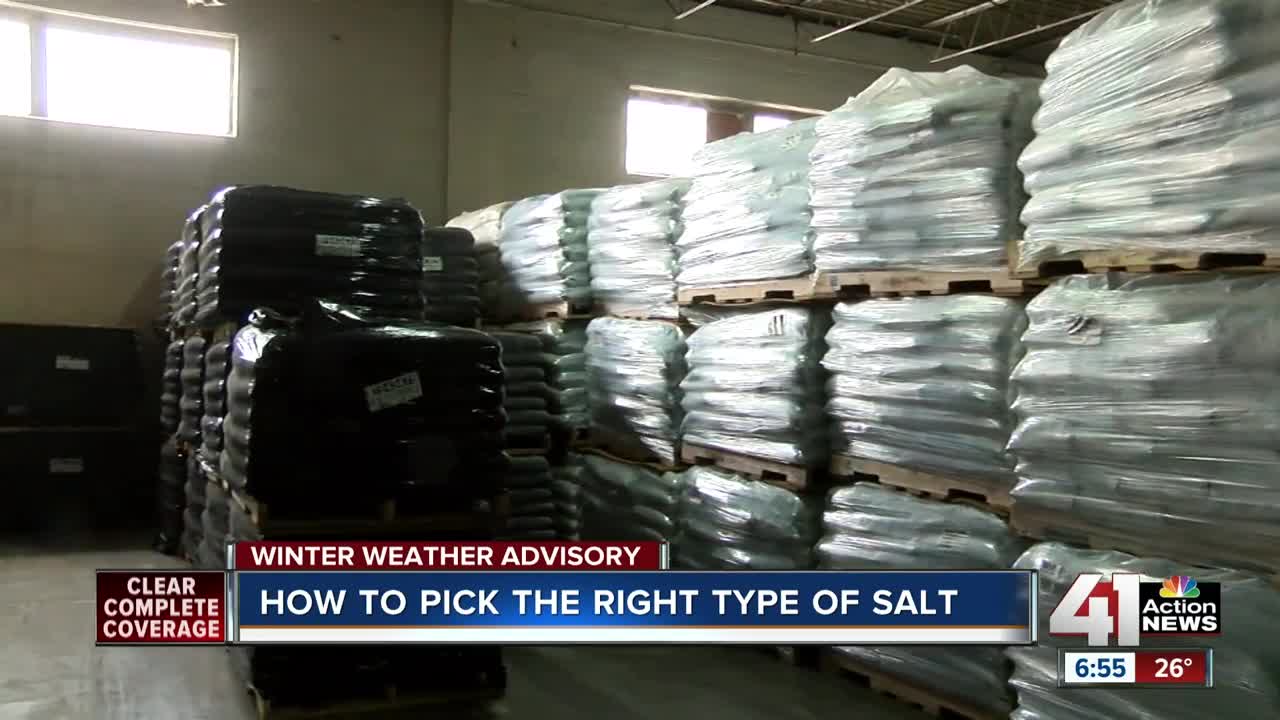 Crews were working hard to lay salt on Friday morning after freezing rain and sleet began to fall. 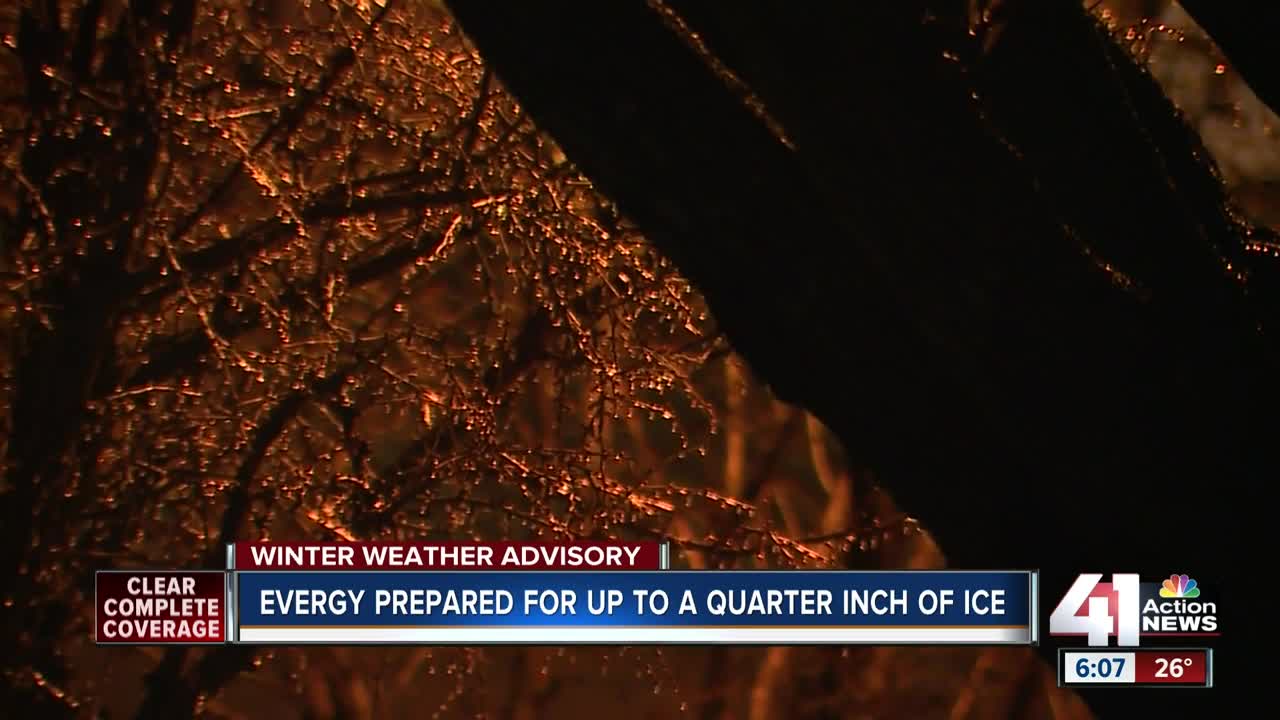 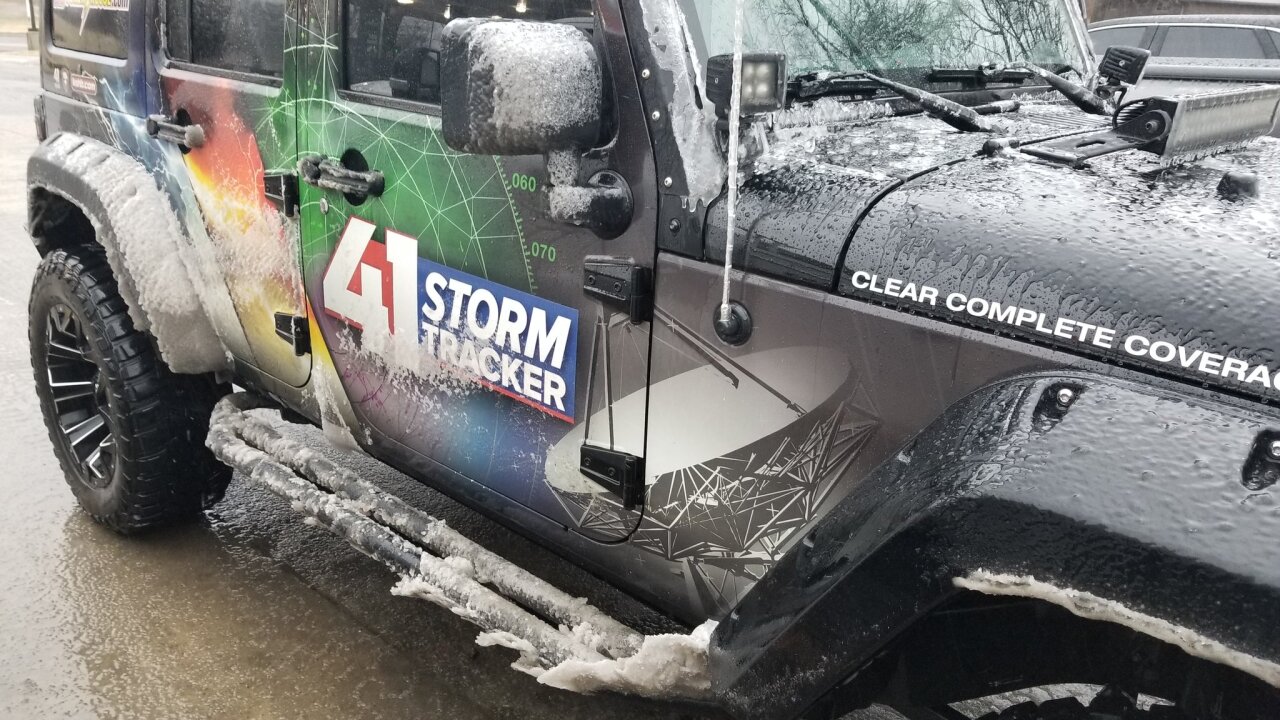 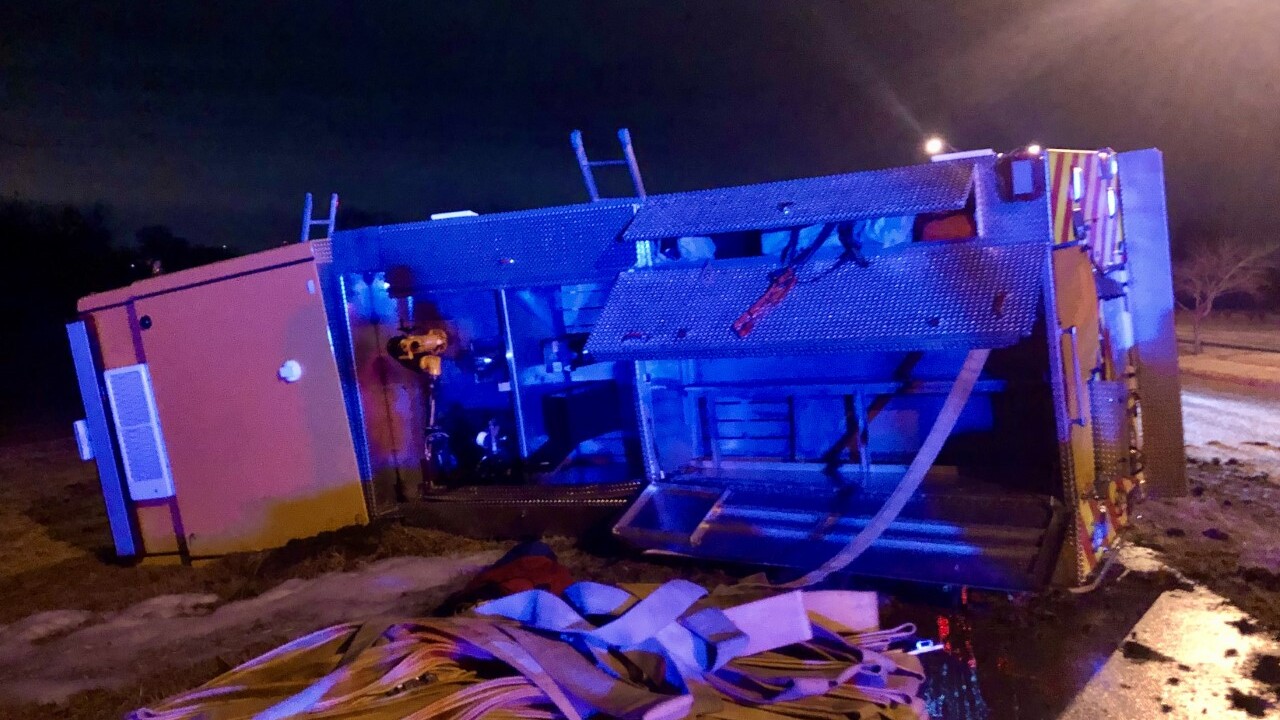 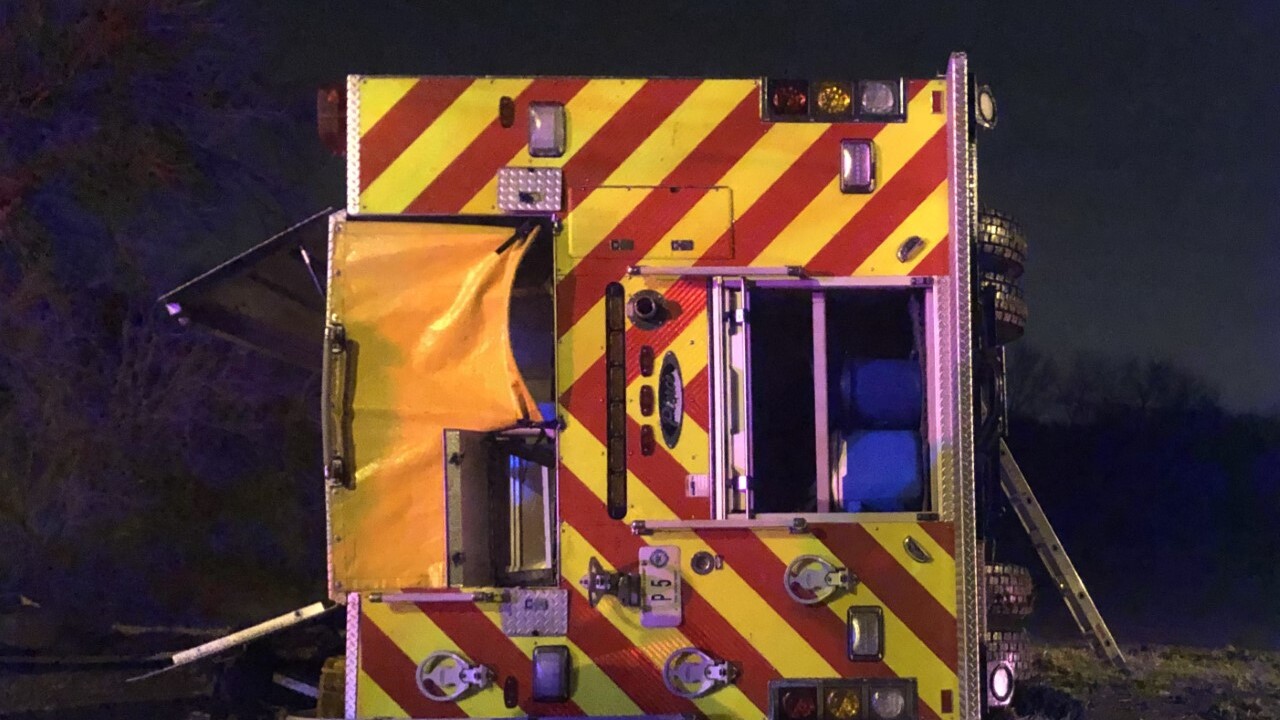 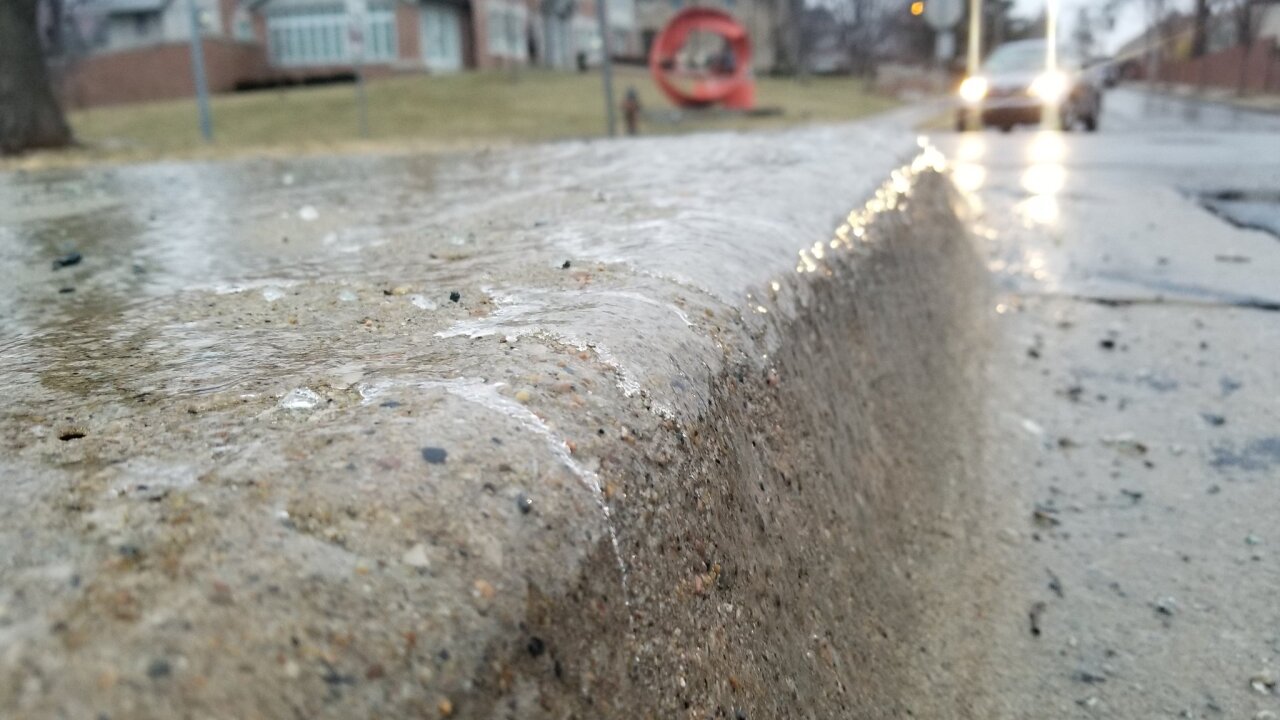 The freezing rain and sleet began to fall just after 4 a.m. Plows were out laying salt at that time, and the hope was that rain wouldn't wash the pretreatment off of metro roads.

Just before 5 a.m., Kansas City, Missouri, police advised that Interstate 70 between Truman Road and Manchester Road was very slick and several crashes were occurring in that area. No one was seriously injured at that time.

@KCMOFireDept crews have responded to over 35 traffic collisions since midnight. If you don’t absolutely have to be on the road then don’t. #staysafekc #kcfd pic.twitter.com/SkVnd3W3K0

Crews closed Interstate 435 in both directions at Interstate 35 in Claycomo around 7:30 a.m. because of a crash and continued slide offs.

A Lee's Summit Fire Department pumper rolled onto its side around 5:10 a.m. due to icy conditions. According to officials, it was traveling south on Southwest Ward Road near Southwest Stuart Road when the incident happened.

Our firefighters are safe! Pumper 5 encountered icy road conditions on SW Ward Rd & rolled onto its side. No injuries & no other vehicles involved. Pumper 5 was returning to Station 5 on 150 Hwy after providing coverage at another station that was out fighting a structure fire. pic.twitter.com/jixwYRix0W

No one was hurt, but the pumper was significantly damaged.

Troop A of the Missouri State Highway Patrol said as of 2 p.m., it received 160 calls for service, 59 of which were stranded drivers, 58 non-injury crashes and seven injury crashes. Troop a reported zero fatalities.

A plane slid off the taxiway at the Kansas City International Airport after 6 a.m. No one was injured in the slideoff.

The airport shut down while crews treated the icy conditions. It reopened around 8 a.m., but had to close again around 8:30 a.m.

Several flights headed from Nashville to KCI were canceled Friday. The flights were likely transporting Tennessee Titans fans to the AFC Championship game, so that could have an affect on who makes it to Sunday's Chiefs game.

PLEASE be careful stepping out today- these curbs and sidewalks are extremely slick...some spots you can hardly tell. Grab some shoes with traction or snow/ice grips pic.twitter.com/0aaVmexvEQ

A salt company told 41 Action News that when laying down salt on driveways and sidewalks, be sure to use salt that is 100% magnesium chloride, calcium chloride or calcium magnesium acetate. This will help pavement from erosion in the future.

Around 9 a.m., RideKC Freedom paratransit service was suspended and planned to only make trips for dialysis, medical appointments and return trips for those who traveled earlier in the morning.

The Kansas City area is under a Winter Weather Advisory for the system moving through until 6 p.m. It could cause icy roads for the morning commute and continue throughout the day.

A pretty thick layer of ice build up while out tracking this winter storm on the #41StormTracker. Roads are a dangerous mess now. We have seen over a dozen crashes, one of them up to 9 vehicles involved. @41actionnews pic.twitter.com/DUpSESWQaD

Evergy told 41 Action News that it had prepared for up to one-quarter inch of ice from the storm, and as a result, the company was not expecting to see widespread power outages on Friday.

Many schools issued cancellations ahead of the weather. You can view those here.

Children's Mercy Hospital closed all three of its urgent cares until 3 p.m. The National World War I Museum and Memorial also closed Friday due to the weather.

Kansas City, Missouri, officials said that residents should expect delays in trash and recycling collection on Friday. Crews were collecting but moving cautiously.

Bulky collection for the regular Friday Northland route was delayed and will be collected Saturday. Those crews were reassigned to snow and ice removal, according to the city.

The evening commute has a shot of being less slick, as temperatures should rise above freezing and the freezing rain should switch over to rain by that time.