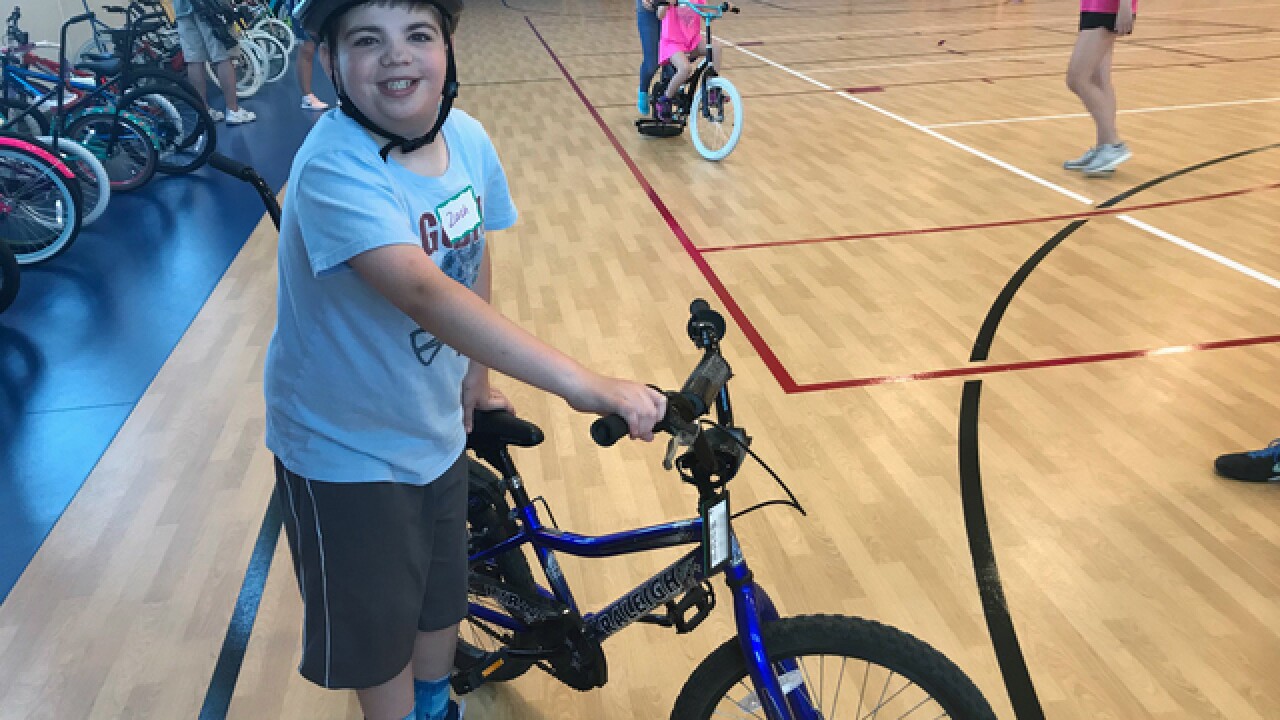 Copyright 2018 Scripps Media, Inc. All rights reserved. This material may not be published, broadcast, rewritten, or redistributed.
<p>Zack at iCan Bike KC</p> 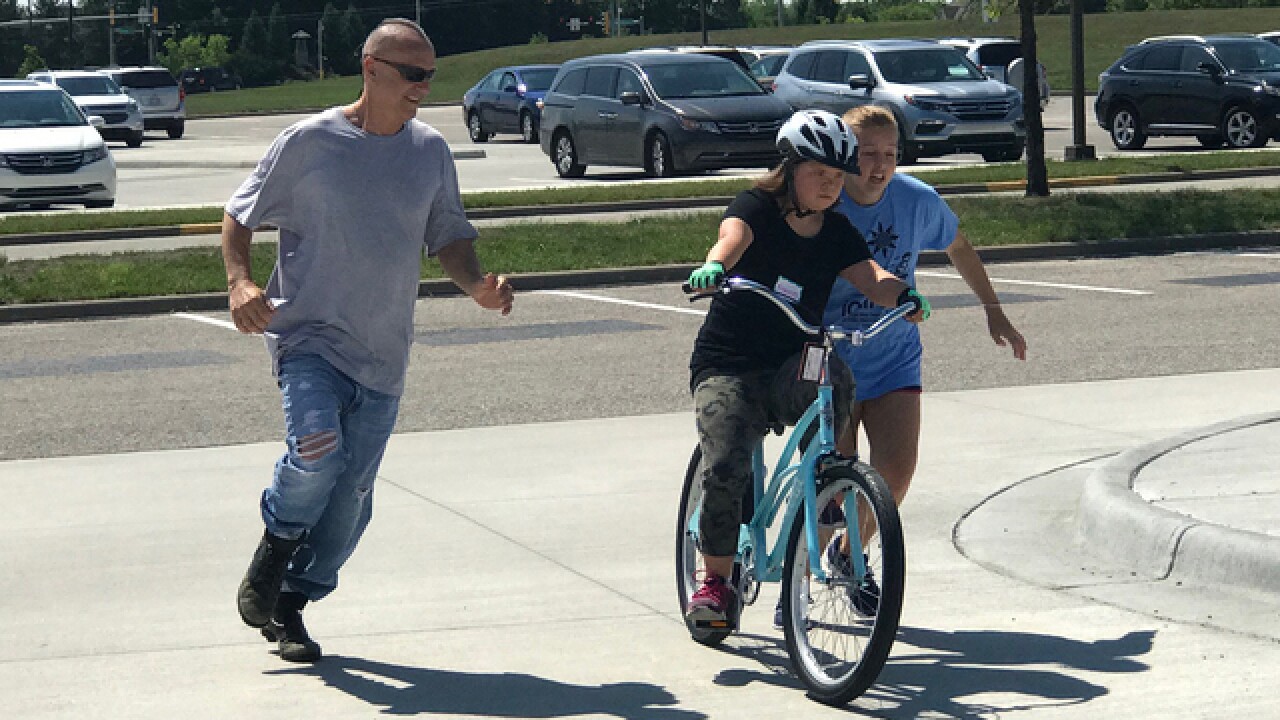 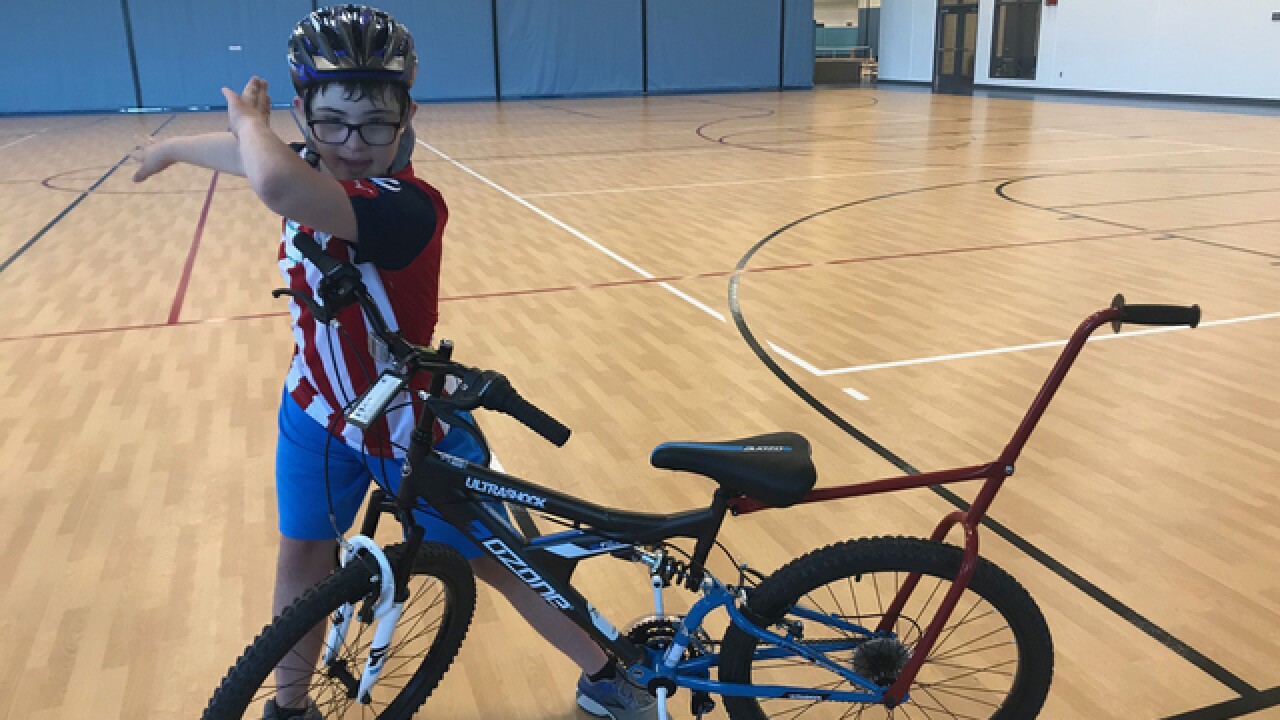 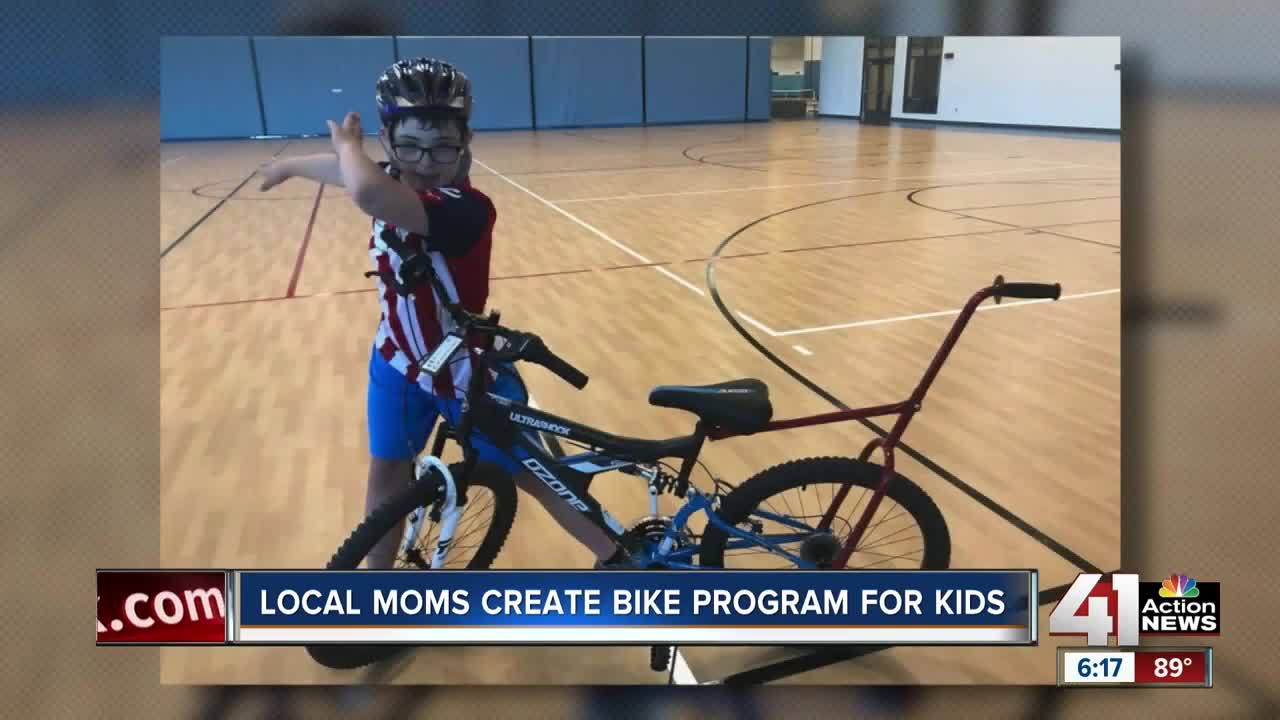 KANSAS CITY, Mo. — When you have a son or daughter with a special need, even the littlest milestones are worth celebrating.

And when that same son or daughter gets to do something other kids their age do, and you see the determination and effort give way to prideful smiles on their faces, it’s enough to almost make a parent’s heart pop.

That’s what volunteers witnessed this week at a camp called iCan Bike KC. It’s a camp to teach kids with special needs to ride a bike. An organization called iCan Shine puts on the camp; they hold similar camps all over the country. 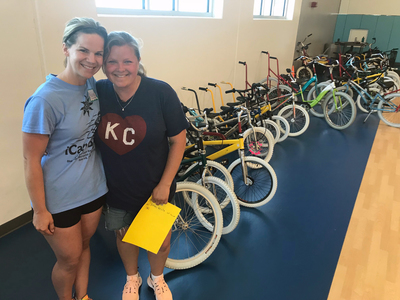 Local moms Mandie Aadland and Melissa Gilkison worked to bring iCan Bike to the Kansas City area last year. Mandie’s daughter is 13 years old and has Down syndrome. Mandie believed learning to ride a bike would change her daughter’s life.

She mentioned this to some friends sitting outside in their neighborhood one evening.

“If she learned how to ride a bike, it would give her some independence. Maybe transportation to her job someday. It would be great family time for us to all be able to hop on a bike rather than she and I standing on the end of the driveway when the rest of the family took off. The exercise. All of these reasons,” said Mandie.

One person sitting in the group listening was her good friend, Melissa. Melissa couldn’t quit thinking about what Mandie had said. She made some calls and learned what it would take to bring the camp to KC.

She finally told Mandie what she’d been planning.

Melissa’s boss owns AuBurn Pharmacies. She said he paid the $2,500 deposit last year and then, again, this year to get things going.

The ladies said camp fees pay a third of their costs; they raise the rest. Altogether, the camp costs upwards of $15,000. So far, they’ve been able to raise the money.

They’re just now starting to talk about next year. 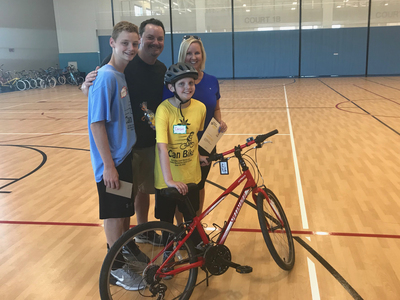 Darren Hunt watched his son learn to ride a bike this week. It’s a huge accomplishment since his son Carson is legally blind and can only see using his peripheral.

“All you want is for your kid to be as happy and doing everything that they’re supposed to be able to do as a kid,” Darren said, before adding, “Now he’s able to ride a bike just like every other 11-year-old.”

Lauren Willhoite learned to ride this week, too. She’s 10 and has always wanted to ride a bike.

She’s very active and happens to have Down syndrome. Her dad Chris Willhoite was at the camp with her. He said watching her learn to ride a bike on her own has been emotional. 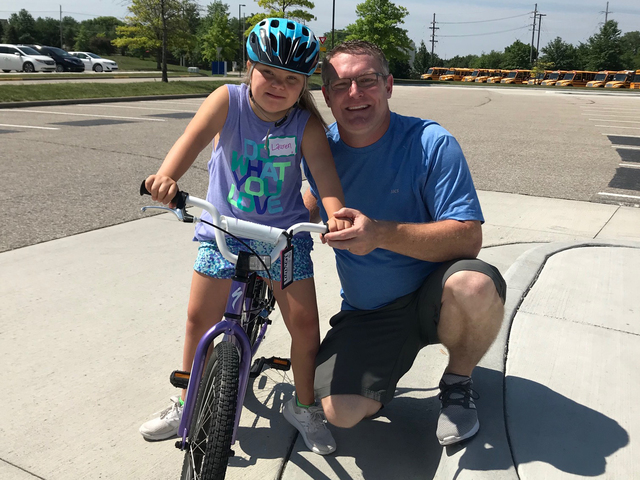 “Oh, it’s amazing! Tears of joy. Watching your child do what you never thought they’d be able to do is an unbelievable feeling,” said Chris.

This week’s camp had 35 kids enrolled. Every one of the kids left with more confidence than they walked in with, and that might very well be priceless.

Mandie and Melissa are hoping to hold the camp next year. They’re trying to figure out if they can do it again.

If you have someone you know who might be interested in attending the camp and learning to ride, or if you happen to have some money you might want to offer up to make this happen again, they said they’d love to hear from you. Their email is icanbikekc@gmail.com.