Team urges student-athletes to use platform 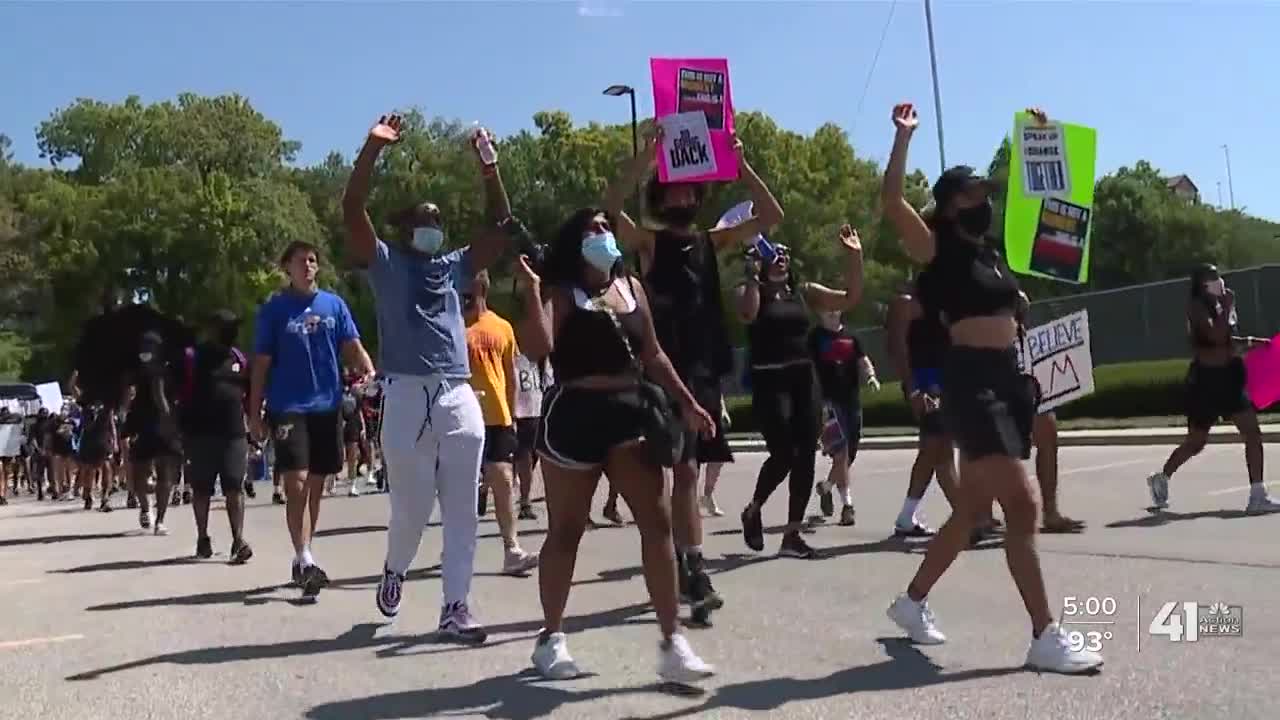 The KU women's basketball team organized a march and rally through campus against racism and social injustice. 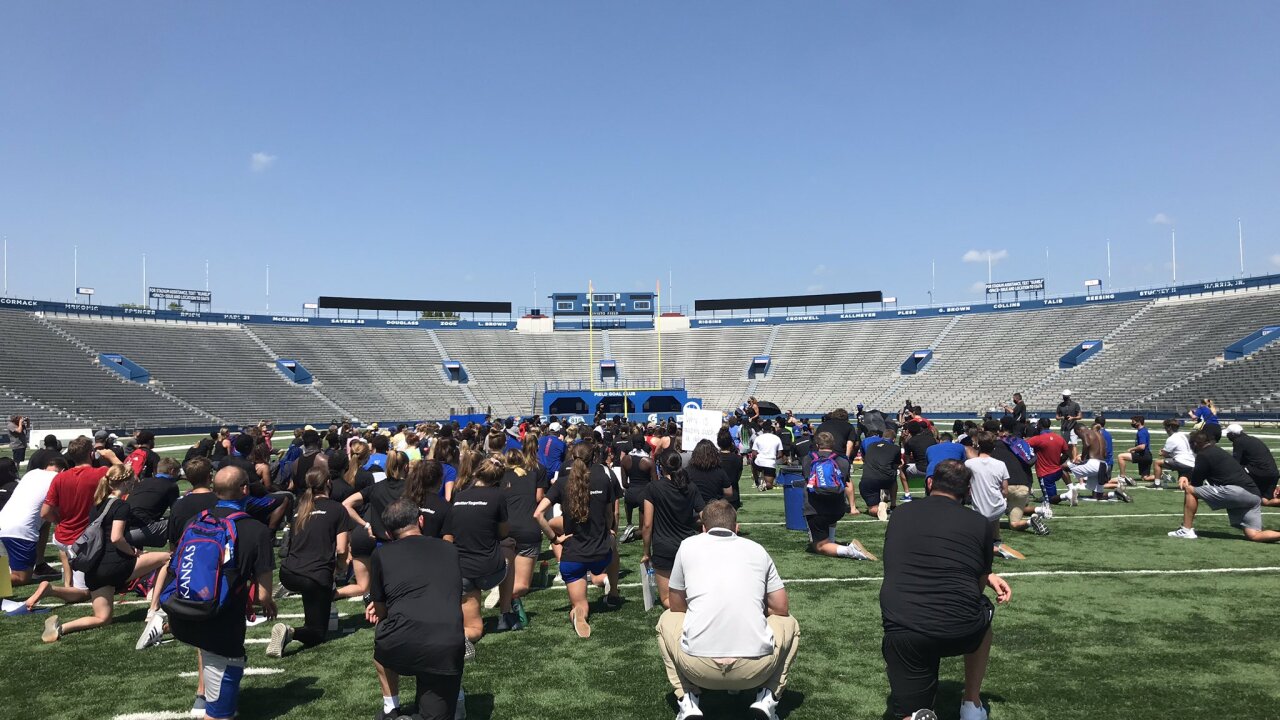 LAWRENCE, Kan. — The University of Kansas women's basketball team made a decision and went for it, organizing a march and rally on campus against social injustice and racism.

"We didn't see much going on on campus and I said, instead of just getting angry and getting upset, we said, 'Why not it be us? Why not be the ones to start it?'" said Emma Merriweather, a junior on the basketball team.

The team encouraged other student-athletes, and any other student, to take action instead of just talking about it.

"Our girls organized it all. Yesterday, our girls protested practice and they said they wanted to talk to us, they wanted to meet with us, they had a lot of things to get off their chest. We're very proud of them," said Damitria Buchanan, assistant coach and recruiting coordinator.

The team put the march together within 24 hours, gaining support from the athletic department and far more people than they expected.

"It's not just us, it's plenty of people on campus that it affects and they feel strongly about it," Merriweather said. "There were people walking to class and they joined us."

The @KUWBball team organized a march against social injustice. They’re marching from the Stouffer apartments to the football stadium. @41actionnews pic.twitter.com/L6vd5DiSWl

With WNBA and NBA players boycotting their games in response to the most recent police shooting of Jacob Blake, a black man, the team says student-athletes should also use their platform.

"Just for them to understand as an athlete your influence is huge. You don't just dribble a ball, you don't just score touchdowns," Buchanan said. "You're way more than that, you have a voice, you have influence, people look up to you."

Merriweather echoed the same sentiment, saying it hurts because it feels like people just want athletes to "shut up and dribble."

"You see chalk on the ground about free t-shirts or free ice cream, you know, and it's nothing about what's going on the world and how it affects us. It's like everyone's pretending like it's not happening," Merriweather said.

KU's chancellor, provost, and the athletic department participated in the march, saying they are proud of their students.

"I think our student athletes set the stage for that by doing a peaceful march. We understand this is just an outward show [of support]," KU Athletic Director Jeff Long said. "The real work comes behind the scenes, one-on-one talking to people, sharing ideas and thoughts."

Proud of our KU Women’s Basketball Student-Athletes for taking action by organizing the peaceful march against racial discrimination and social injustice today at 1:00 pm from Stouffer Hall. Inspiring example of young people using their actions for change. https://t.co/VAF8IpcGzn

The team said this march is just a start and they hope other people will join future events and demonstrations.