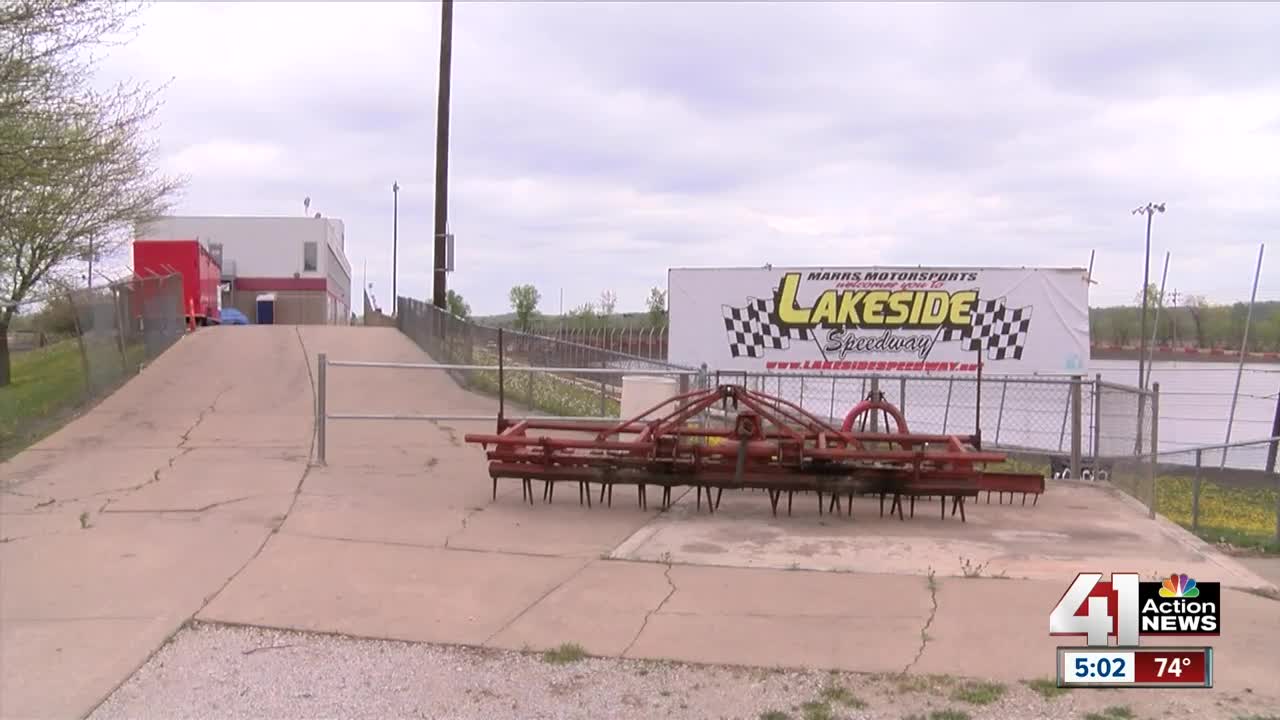 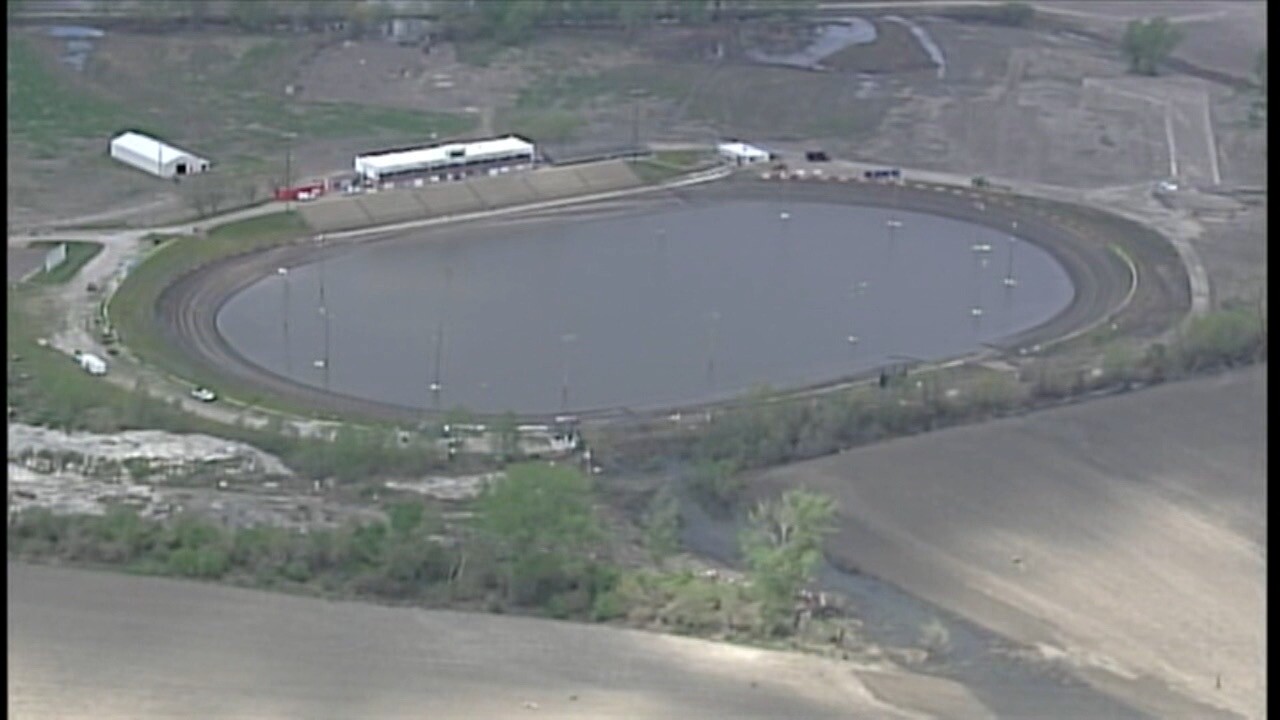 KANSAS CITY, Kan. — Speedways are known for the loud roar of engines and cheering in the stands. At Lakeside Speedway in Kansas City, Kansas, however, those sounds have been replaced by silence.

The track was hit hard in late March when a nearby levee broke on the Missouri River, leaving the speedway looking more like a lake than a race track.

Pete Howey, the speedway’s general manager, could do nothing but watch the water roll in.

"It was actually fascinating, but at the same time you are like, ‘oh no,’" Howey said.

The flooding and its effects are a first for him and his family.

"It's a nuisance, but you grin and bear it," Howey said.

Howey said the speedway is currently in recovery mode. The season opening, which was set for last week, has now been delayed for several more weeks.

"The business side always going in. That's why I don't sleep at night,” Howey said. “But there is nothing you can do.”

The general manager said that through this tragedy, racing fans have stepped up and rallied behind him, volunteering their time to help clean up the track.

"I am extremely grateful,” Howey said. “For them, they just want to get back their passion. So to volunteer their time like that, they are more than welcome to do that.”

For now, Howey and the volunteers will continue working to get the track ready.

Track organizers hope to have the first race set for May 31.