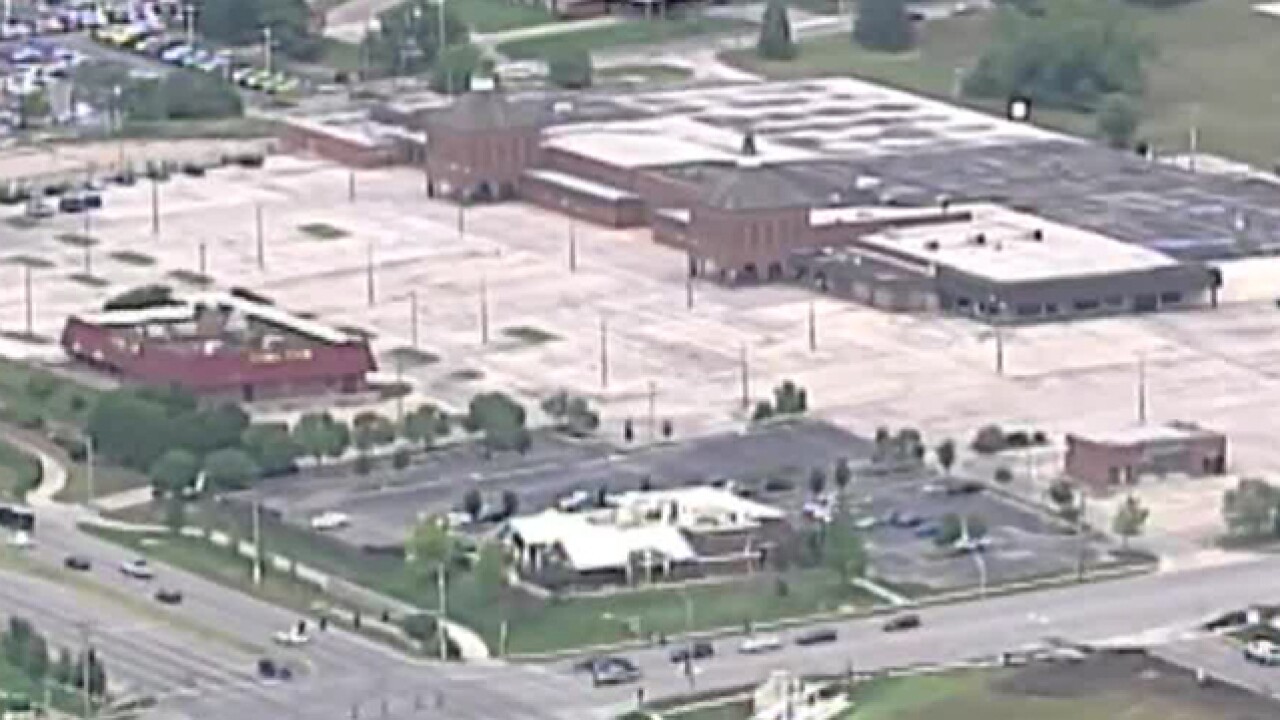 Copyright 2018 Scripps Media, Inc. All rights reserved. This material may not be published, broadcast, rewritten, or redistributed.
<p>An Overland Park, Kan. company announced Monday it has purchased the land of the old K-Mart shopping center at 95th and Metcalf. Photo by SKYTRACKER</p>

The press office of Kansas Gov. Jeff Colyer is billing a Tuesday morning news conference as one of the most “significant jobs announcements” in the area in recent years.

Officials are staying tight-lipped on the details, but there are clues.

The announcement is being held at the northeast corner of 95th and Metcalf, an old site dubbed “The French Market.” The site used to be home to a K-Mart with distinctive styles at the entrances.

Two weeks ago, Shamrock Trading Corporation purchased the land – minus the nearby Red Lobster and Olive Garden.

In a press release announcing the land purchase, officials said future development of the property could include “multiple office towers.”

Shamrock already owns a pair of office towers on the northwest side of the intersection of 95th and Metcalf.

Overland Park Mayor Carl Gerlach will also attend Tuesday’s announcement. The city has led efforts to redevelop the site of the old Metcalf South mall on the south side of 95th Street, landing a Lowe’s Improvement Store for the lot.

The announcement could be well-timed for Colyer, who is locked in a tough battle to win the Republican gubernatorial nomination on Aug. 7.

Watch 41 Action News all morning for updates on this story.