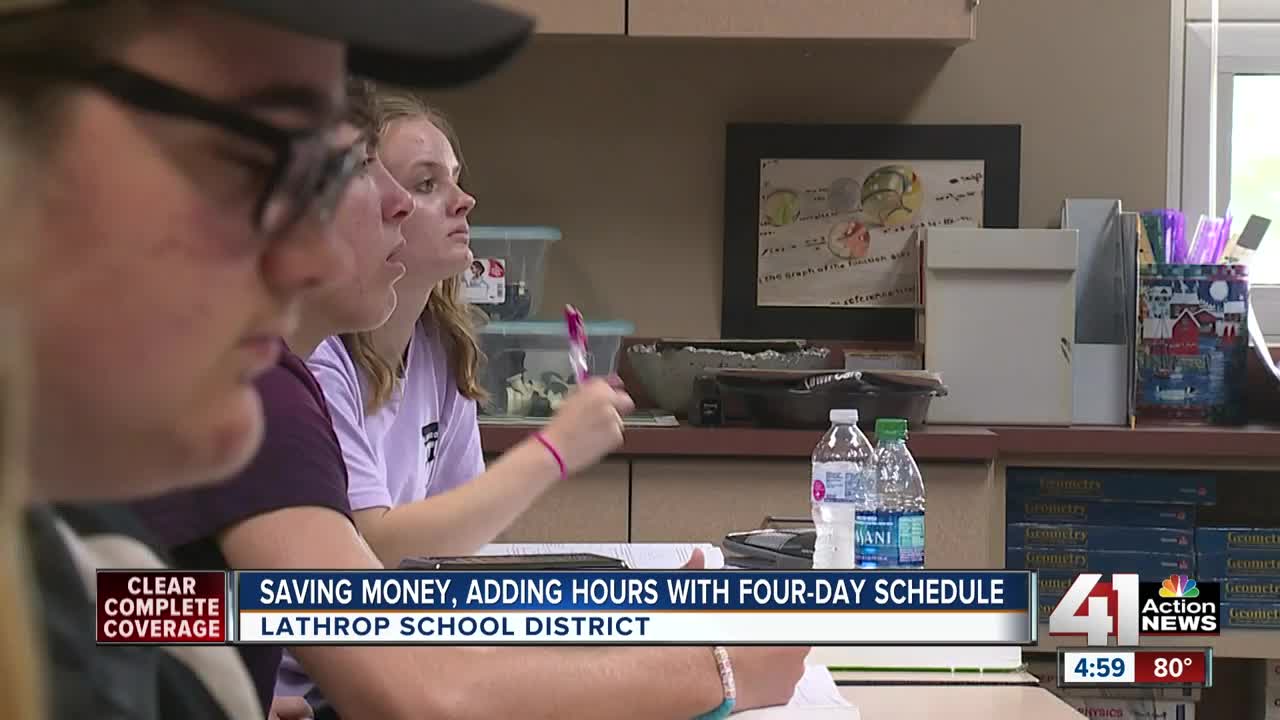 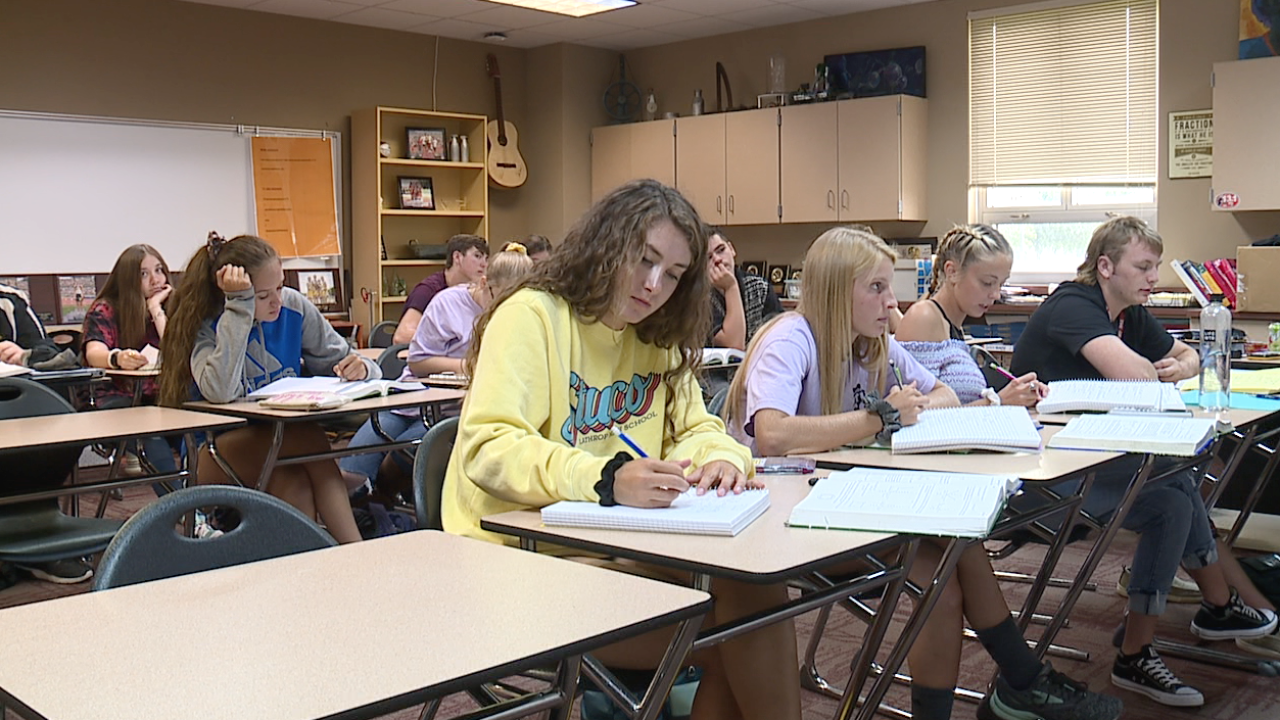 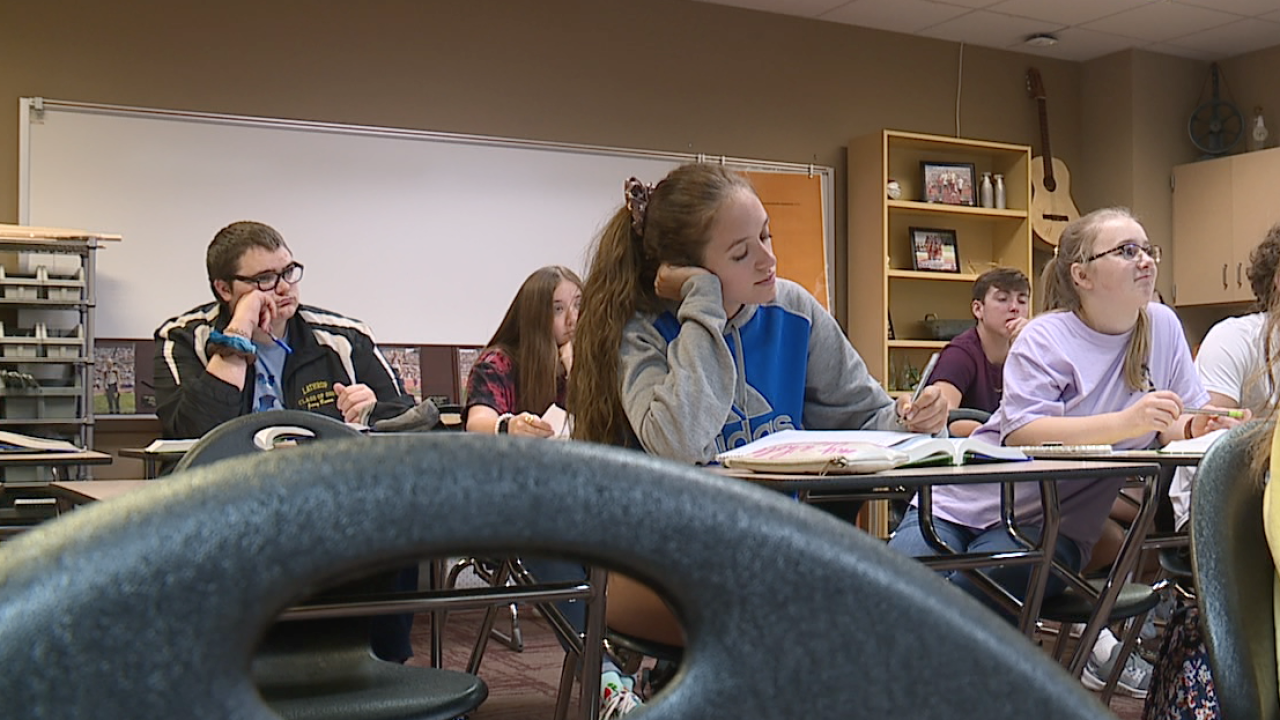 LATHROP, Mo. — The number of Missouri school districts that have switched to a four-day school week has more than doubled since last year.

While it might seem like students lose time in school, the Lathrop School District says they're actually gaining more.

"What I like about four days is that we’re extremely consistent,” Lathrop High School English teacher Whitney Zanter said. “We are here Tuesday through Friday.”

Zanter sees her students every school day, as opposed to many high schools that use a block schedule.

Wednesday was the first day of school for the district, and it’s the 10th year the district will be on a four-day schedule.

Zanter said the schedule allows her to dedicate more time to her class.

"I use Mondays to grade essays and plan things and just get myself ready for the whole entire week," Zanter said.

She also has more time for one-on-one tutoring or ACT preparation on Mondays. Zanter said if her students have a big project or assignment due, they prefer to have it assigned on Friday.

The district only has about 920 students, so the schedule is easier to manage. Superintendent Chris Fine said student attendance is up 1% since the district made the change.

Over the last nine years, the district has saved $1.2 million under the new schedule. The savings go toward the budget reserves and teacher salaries, Fine said.

Snow days have been an issue for many Kansas City-area school districts in the last few years, but the weather doesn’t have as much of an impact on Lathrop schools. The district can easily make up snow days on Mondays and still let out for summer break on schedule.

Tracy Hudelmeyer said her family wasn't used to the schedule when they came from Kearney a few years ago, but her child, a middle school student, enjoys it.

"As far as education, I think they're still learning the same amount that they would a normal five-day week," Hudelmeyer said. "She has plenty of time to do all her homework."

Initially, there were concerns for some families about having to find day care on Mondays, but Fine said it turned out to be a non-issue over the years.

Surrounding towns, such as Plattsburg and Osborn, have recently switched to a four-day schedule.

There are now 61 school districts in Missouri on the four-day schedule. They are all rural, small districts with the exception of St. Joseph Christian School in St. Joseph.