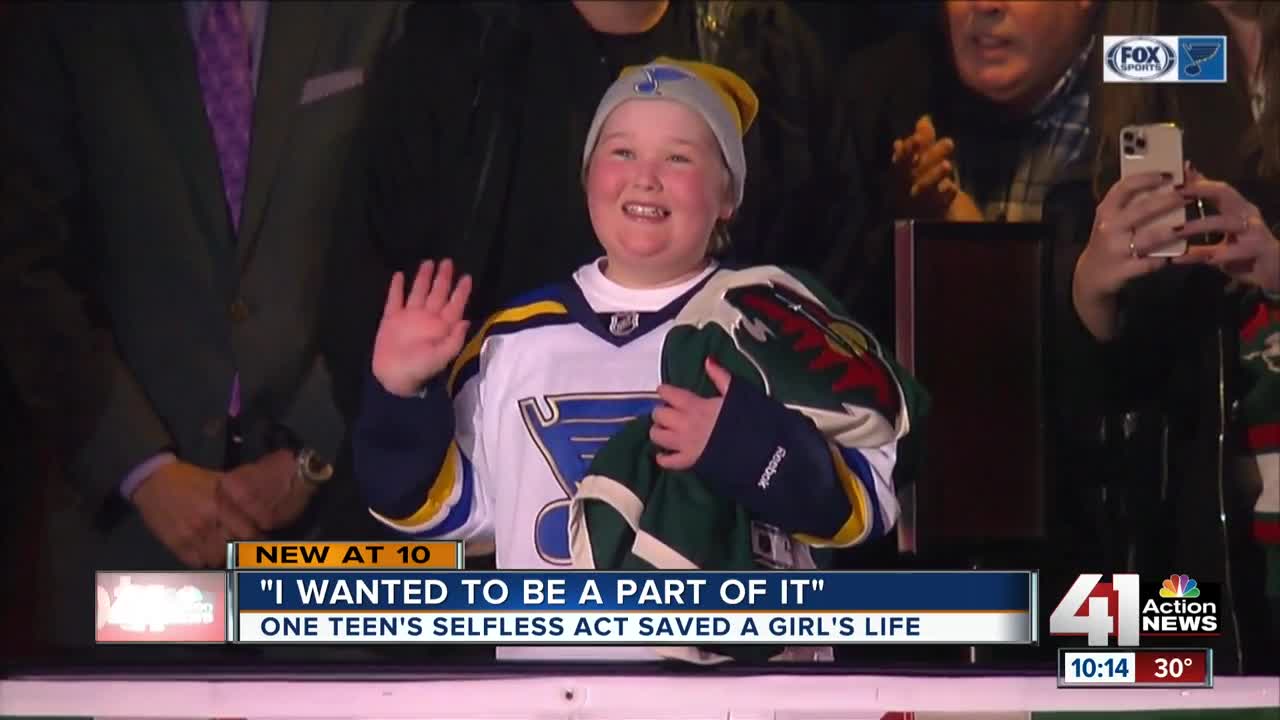 Laila Anderson, a St. Louis 11-year-old who captivated the country during the St. Louis Blues' run to the Stanley Cup earlier this year, is once against capturing hearts after meeting the Lawrence teen who saved her life, Kenton Felmlee. 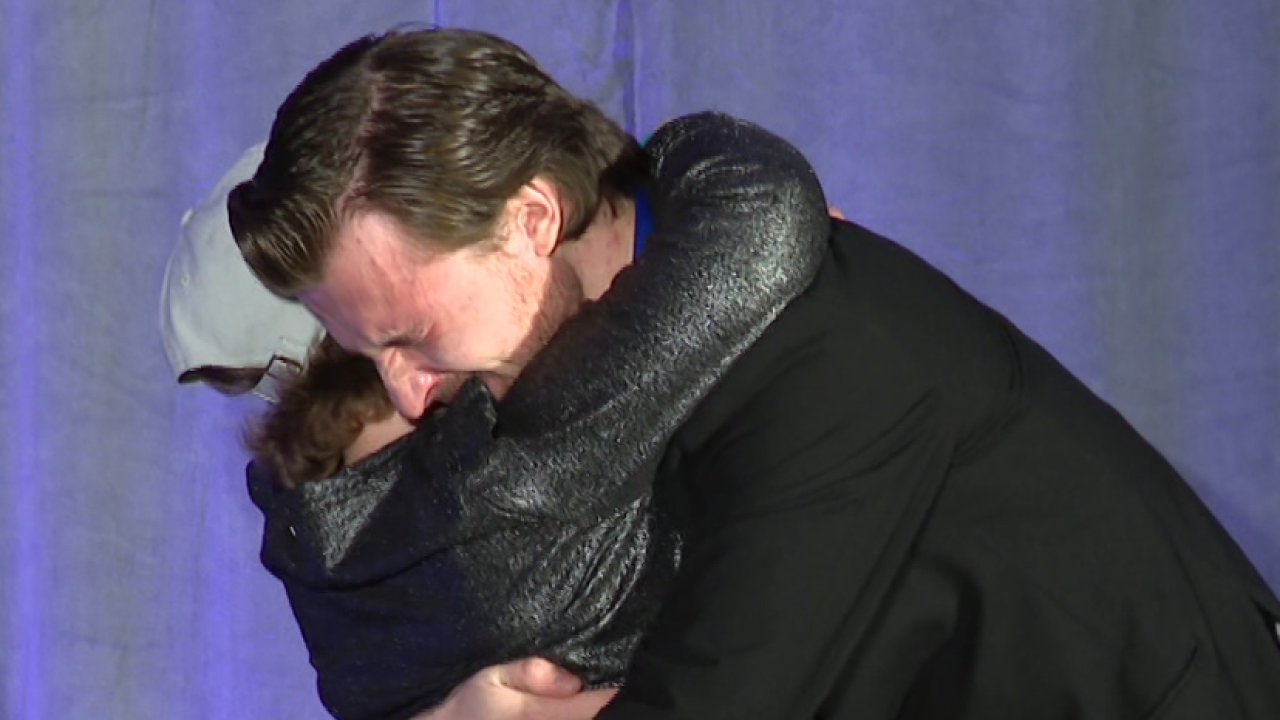 LAWRENCE, Kan. — A St. Louis 11-year-old who captivated the country during the St. Louis Blues' run to the Stanley Cup earlier this year is once against capturing hearts after meeting the Lawrence teen who saved her life.

Kenton Felmlee donated his bone marrow not knowing that it would ultimately go to Laila Anderson, who has been battling an extremely rare auto-immune disease and needed a bone-marrow transplant to survive.

"For me, it was a test of, am I going to take what I have been given and turn it around to someone else," Felmlee said.

He did, and Anderson's life is forever changed by his generosity.

More than 11 months after Felmlee donated his bone marrow, he met Anderson during a ceremony Thursday in St. Louis hosted by the "Be the Match" registry program.

Doctors warn, however, that not all stories end this way for patients who need blood or bone-marrow transplants.

The likelihood of finding a match for a patient in need can range from 23% to 77%, depending primarily on a patient's ethnicity.

"Unfortunately, if (patients) are of any other ethnic groups such as African Americans, Hispanic Americans, Asian Americans, Native Americans or mixed race couples, the chance of having a match in the registry is much less," Dr. Joseph McGuirk, medical director of blood and marrow transplant at the University of Kansas Cancer Center. "There are far fewer donors in the registry."

Registering to be a bone-marrow or blood stem-cell donor does not require surgery, only a simple swab of the cheek. After that, finding a perfect match can happen in as little as a week.

"The need is very great," McGuirk said. "Hundreds of thousands of people are in need of transplants in the world and we have a lot of work to do to optimize them and also find those donors in stem cell sources for patients who have nowhere else to turn."

To register to be a bone marrow donor, you can text KUCC to 61474 or visit the KU Cancer Center online.